Ah, October. Even during this turbulent year, the Halloween-focused month still doesn't disappoint. There are pumpkin patches, pumpkin spice lattes, spooky Halloween decorations, horror movie marathons, chilly afternoon strolls, and so much more. Very few things really capture the "It's such a mood" sentiment, and October does. We also felt that same way when we saw Nathan Apodaca's (@420doggface208) now-viral TikTok video of him skating down the street while drinking cranberry juice and singing along to Fleetwood Mac's "Dreams." A real mood. It quickly blew up online, earning more than 4.5 million likes and a re-creation by Mick Fleetwood himself. But what if there was a way to combine Apodaca's amazing care-free attitude with the spookiness of October? Well, thanks to designer Kiel James Patrick (@kjp on Instagram), there is.

Kiel took inspiration from Apodaca's TikTok and made a Halloween version that's truly a sight to behold. In the video, Kiel skates down the street while dressed in a festive sweater and wearing a carved pumpkin on his head (with a drawing of two feathers on the side, in homage to Apodaca's tattoo). But instead of casually sipping on cranberry juice, he dumps an entire Pumpkin Spice Latte from Starbucks on himself while attempting to take a sip. (It kinda reminds me of the way I thought 2020 was going to be vs. how it's turned out.) But don't worry — he shakes off the mishap and just keeps on nodding his head to the music and skating down the street. It's the power of October, people!

If — no, when — you want to re-create and/or repost this video with a little humor of your own, here are some caption ideas to get you started:

And, because we love it so much, here's Apodaca's video to watch again: 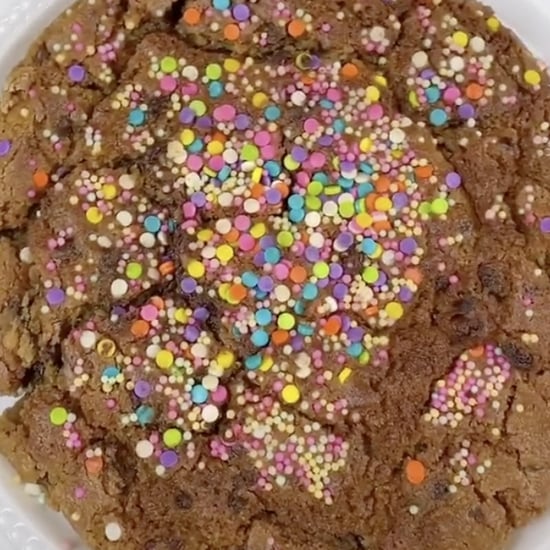 Dessert
Thank You, TikTok, For Showing Us That You Can Make Giant Cookie Cakes in an Air Fryer
by Megan duBois 4 days ago

Celebrity Couples
Gabrielle Union and Dwyane Wade Re-Create a Bridgerton Scene, and It's Flawless, My Dear
by Kelsie Gibson 4 days ago 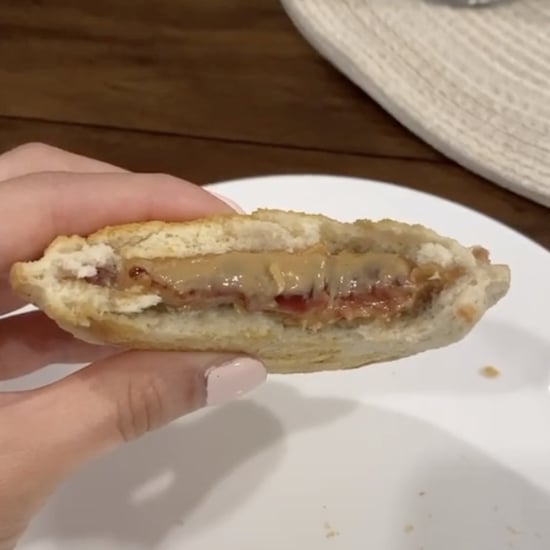 TikTok
People Are Putting Uncrustables in Air Fryers, and OMG, They Look Unreal
by Megan duBois 5 days ago

Food News
If Ramen Noodles Are Your Love Language, Prepare to Fall For This TikToker's Wild Recipes
by Chanel Vargas 6 days ago