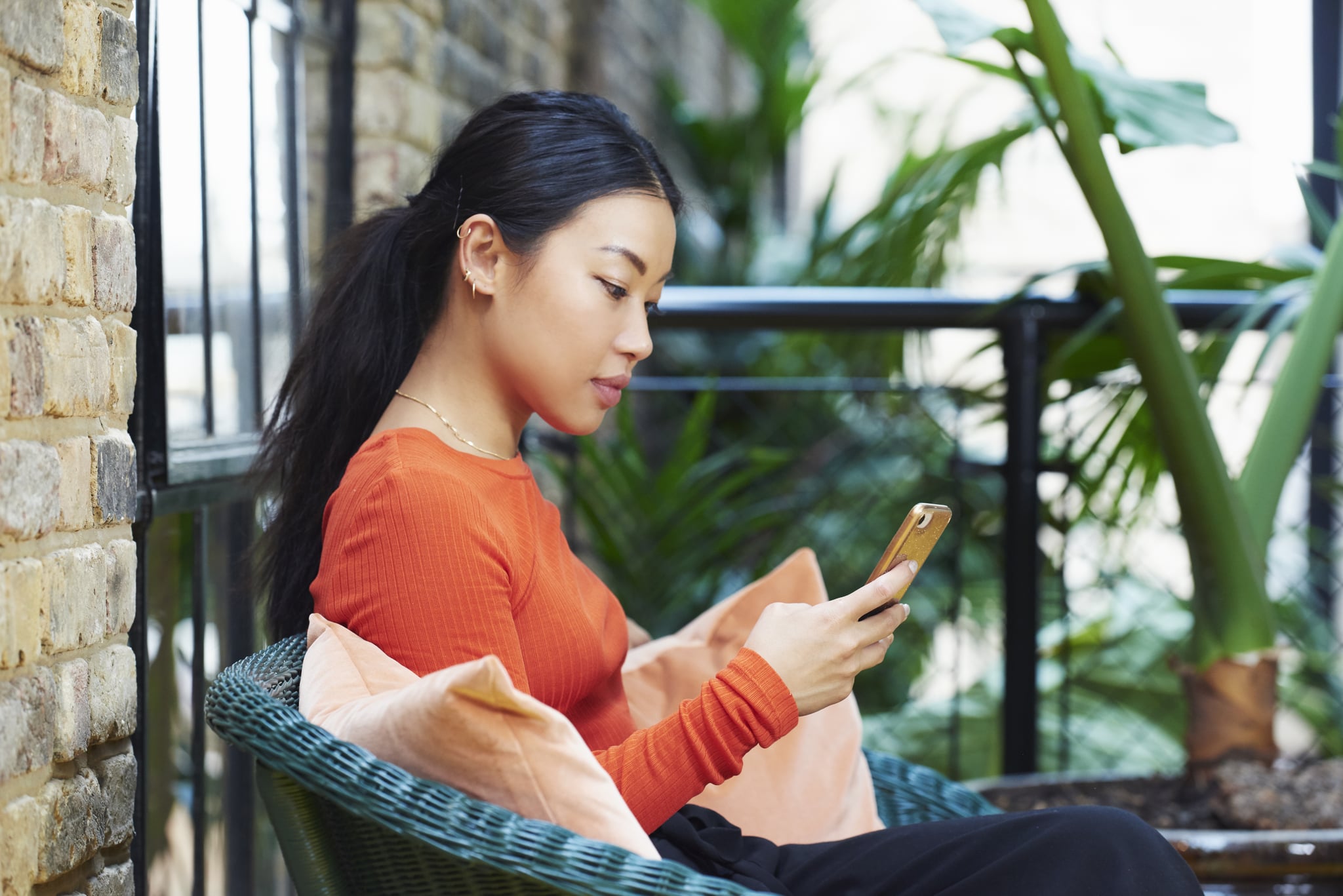 In late September and early October, social media was a flood with posts about politics and people breaking COVID-19 protocol. Every celebrity and brand that I followed was telling me to register to vote, who to vote for, and why, and people I knew were eating in restaurants, having people over for game nights, and overall seemed to be ignoring the fact that we were still in the middle of a global pandemic. It started to become so overwhelming that Instagram and Twitter were things I no longer found enjoyable but yet, for some reason, repeatedly kept opening and going back to. (I deleted Facebook in 2011 and haven't looked back, but I can only speculate that it was just as enveloped in politics, if not more so, than Instagram and Twitter.)

The biggest thing I noticed [when I gave up social media] was that my mental health improved. My anxiety didn't completely disappear (it is 2020, after all), but it did improve.

I found myself becoming more and more anxious and angry about things that were out of my control. I have been a registered voter for 14 years and planned to do my research on each candidate (as I have for each presidential election), decide who I thought would be best for this country, and vote. And I did. I've also been taking COVID-19 safety precautions very seriously since the middle of March. I use curbside pickup for groceries, shop online, and only see my parents. Aside from a couple of car dates with a friend, I've seen no one and been nowhere. But as the weeks leading up to the election grew closer, it seemed social media had turned into a platform that was merging COVID-19 and politics into one. To be fair, I understand that celebrities and brands have a platform, and they have a right to use it to voice their opinions and inspire change. It's not lost on me how important this election was and how serious COVID-19 continues to be. However, it's really hard to take people seriously when in one post they're telling you to vote this way, then in the next post they show themselves at a party.

Toward the end of October, I was over it all but was still opening the social media apps multiple times a day. It was a habit I couldn't quit. Or could I? In a year when my social life has been nonexistent, would it be possible to disconnect? On Halloween, I put up my Christmas tree, watched The Santa Clause, and deleted Instagram and Twitter off of my phone. With the election only days away, November was going to be social media free.

The first three days were challenging. I found myself unconsciously trying to open the now-nonexistent apps from my phone multiple times a day. By the end of the first week, it was happening once a day. By the second week, the only time I thought about Instagram and Twitter was when my sister told me I was missing out on funny memes she was still sending me. I was able to keep up with the news and pop culture by listening to my daily podcasts (shout-out to The Bobby Bones Show and The Morning Toast) and checking a few websites I regularly visit.

Related:
Social Media Is a Minefield For Those Struggling With Body Image, but I Won't Let It Shake Me

November flew by, and my month without social media was coming to an end. It was time to decide if I was going to go back or be done for good. But before we get to that, here's what I learned.

I used to spend an excessive amount of time on my phone. My screen time went from an average of five to six hours per day down to an average one to two hours per day. Most days, an hour of that was spent working out with my sister via FaceTime. Spending less time on my phone meant I was able to accomplish more in a day and get to tasks that I always put on the back burner. I worked out at least five days a week, spent more time outside with my dog, and without the incessant scrolling, was able to give my full attention to TV shows and movies. How long has it been since you watched a show without your phone nearby? I also learned that I really don't care what other people are doing. When it comes to the people I really care about like my friends and family, I speak with them regularly and already know what's going on. But the biggest thing I noticed was that my mental health improved. My anxiety didn't completely disappear (it is 2020, after all), but it did improve.

When December arrived, I decided to open social media again. I checked the memes my sister and best friend had sent me (they were funny but not life alerting) and looked up the people I knew who were having babies so I could see what they named them. The first two days, I was almost back to my bad habit of spending five-plus hours on my phone. Had I not learned anything? Today, I have the apps back on my phone, but they aren't on the main page, and I have to scroll to get to them. I open them once every couple of days and keep my scrolling time to 10 minutes or less. I posted my first Instagram in a year the other day — a "Happy 12th Birthday" to my fur baby. While I don't foresee myself completely getting rid of social media, as it is a huge part of our society, my interactions with it will remain minimal, and I'm really grateful I learned how to live without it.

Digital Life
Apple Debuted Its iOS 15 Software Update, and These Are Our Key Takeaways
by Haley Lyndes 1 day ago

Digital Life
Want to Update Your TikTok App Icon? These Options Are Aesthetically Pleasing
by Lauren Harano 2 days ago

Nostalgia
The Term "AS" Has Been Floating Around TikTok, and Its Meaning Is Such a Throwback
by Haley Lyndes 2 days ago