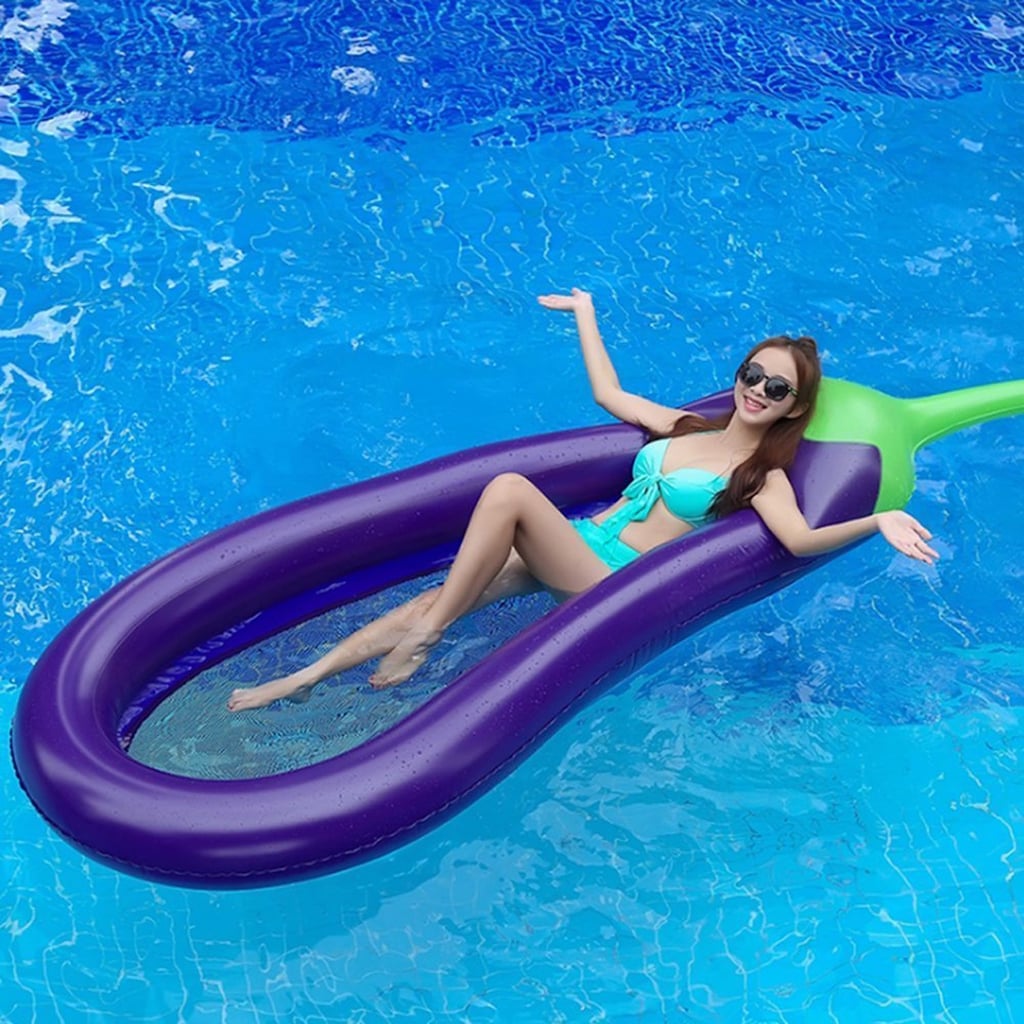 How many times have you used the eggplant emoji while actually texting about eggplant? Probably slim to none, thanks to the fact that the purple-skinned fruit has earned a widespread phallic association, just as the peach emoji is commonly used to reference a plump derriere. If symbolic emoji play a big role in your daily texting habits, then boy, do we have an LOL-worthy treat for you. An eggplant-shaped pool float exists, and you can buy it on — where else? — Amazon. Hidden among the plethora of unicorn- and swan-themed pool floats available on the internet, this unexpected flotation device measures 8 feet in length, so you can stretch out solo or soak up the sun alongside a fellow eggplant-loving pal.

The raft features a purple inflated exterior (complete with a green stem!) and net-like bottom that allows you to be partially submerged while you float. Besides the fact that it's downright hysterical to look at, the eggplant-inspired lounger is also touted as being insanely comfortable and sturdy, according to a host of reviews from satisfied Amazon customers.

"I bought it as a novelty toy, but it ended up being more durable than I thought," one purchaser wrote on Amazon. "I had a bunch of 5-11 year olds using it as a 'pirate ship' and were playing pretty rough on it, but it still held together great." Another reviewer even went as far as declaring it "quite possibly the purchase I'm most proud of." Well, damn — consider us sold! 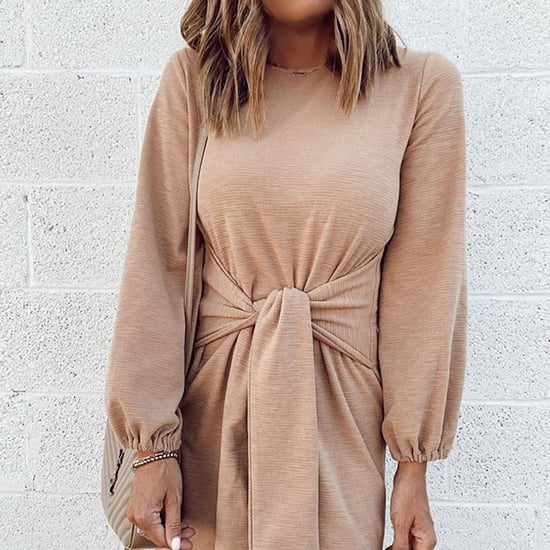 Product Reviews
These Workout Sets From Amazon Are So Cute and Affordable, I Bought 5 of Them
by Renee Rodriguez 2 days ago 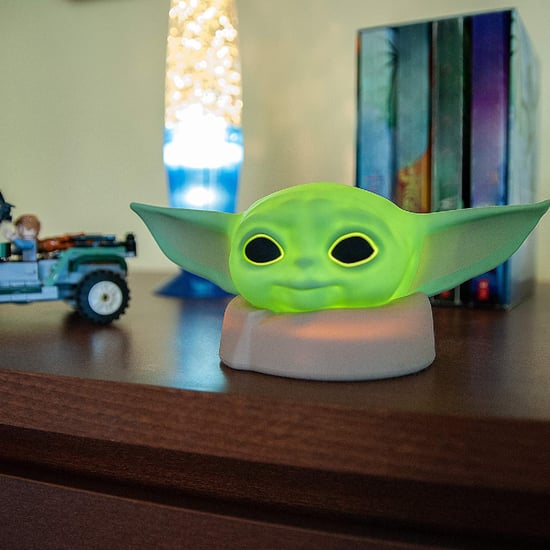 by Victoria Messina 45 minutes ago