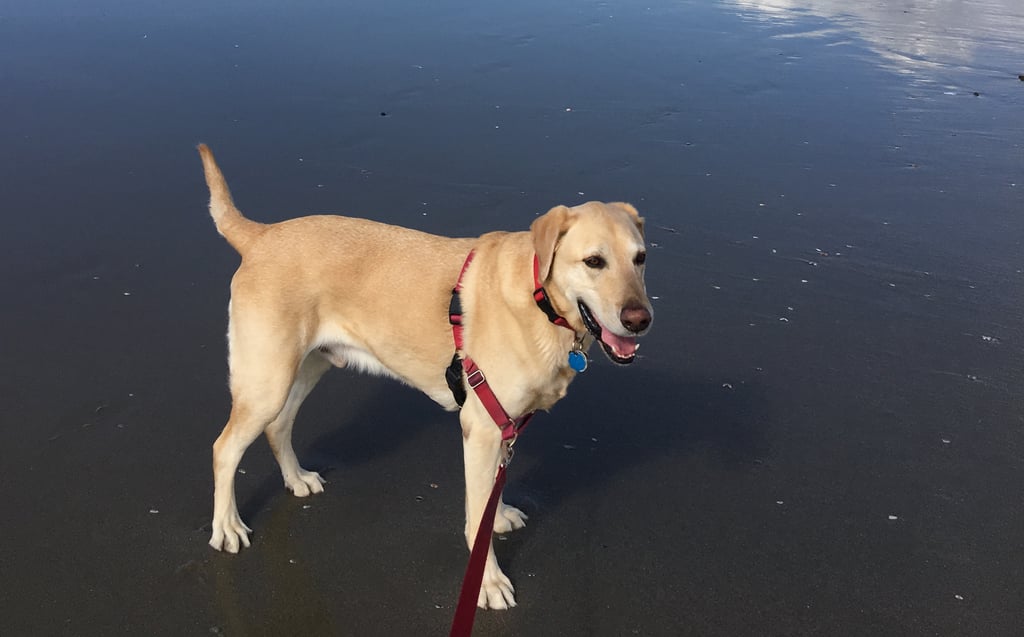 Slow down and enjoy. Who cares if it makes you late?

For much of the past nine years, I've walked Minjay every single morning, and the walks alone are such a boost to my happiness. But one Summer several years ago, while on one of our walks, I had a revelation: most of the time, the world doesn't care if I'm late.

Yes, sometimes there are specific meetings I must be on time for, and I don't ever want to be disrespectful or waste people's time. But outside of those situations, I realized I often create stress and rush for myself when I don't need to. When I think back to the majority of times when I was anxious to get somewhere at a specific time, it was really unnecessary; I was the only one putting time pressure on myself.

I had this realization two blocks from my house, on a beautiful morning. The American Sweetgum trees that lined the streets near my building were a luscious green. We were at the corner, and Minjay was pulling me backward as I tried to lead him forward across the street toward the house. "Minjay, pleeeease," I pleaded. "We have to get back home now. I'll be late." He refused to move. After being frustrated for a couple of minutes, I realized: he was absolutely right.

I looked at my watch. We weren't talking about being an hour late. Did three minutes really matter? Would it really be so catastrophic if I didn't arrive to work at 9:30 sharp as I pushed myself to do? I didn't have any meetings first thing, nor any looming deadlines, so I relaxed my grip on his leash, and he walked backward to continue to smell a particularly interesting patch of grass. Then I followed his pace back to the house, which really only took us a few minutes longer than mine would have.

And I was much calmer than I normally was. I took time to appreciate a beautiful morning, and got to work only seven minutes behind schedule. Even better, I was refreshed, with a bit of perspective and without the unnecessary, self-constructed anxiety. And as a result, I powered my way through my to-do list and had the best morning in a long time.

Pet Advice
Love Those Singing Dog TikToks? 2 Vets Explain Why Dogs Do It
by Sydni Ellis 3 days ago

Pet Advice
Is It Safe For Your Dog to Eat Cicadas? A Vet Explains
by Morgaine McIlhargey 4 days ago