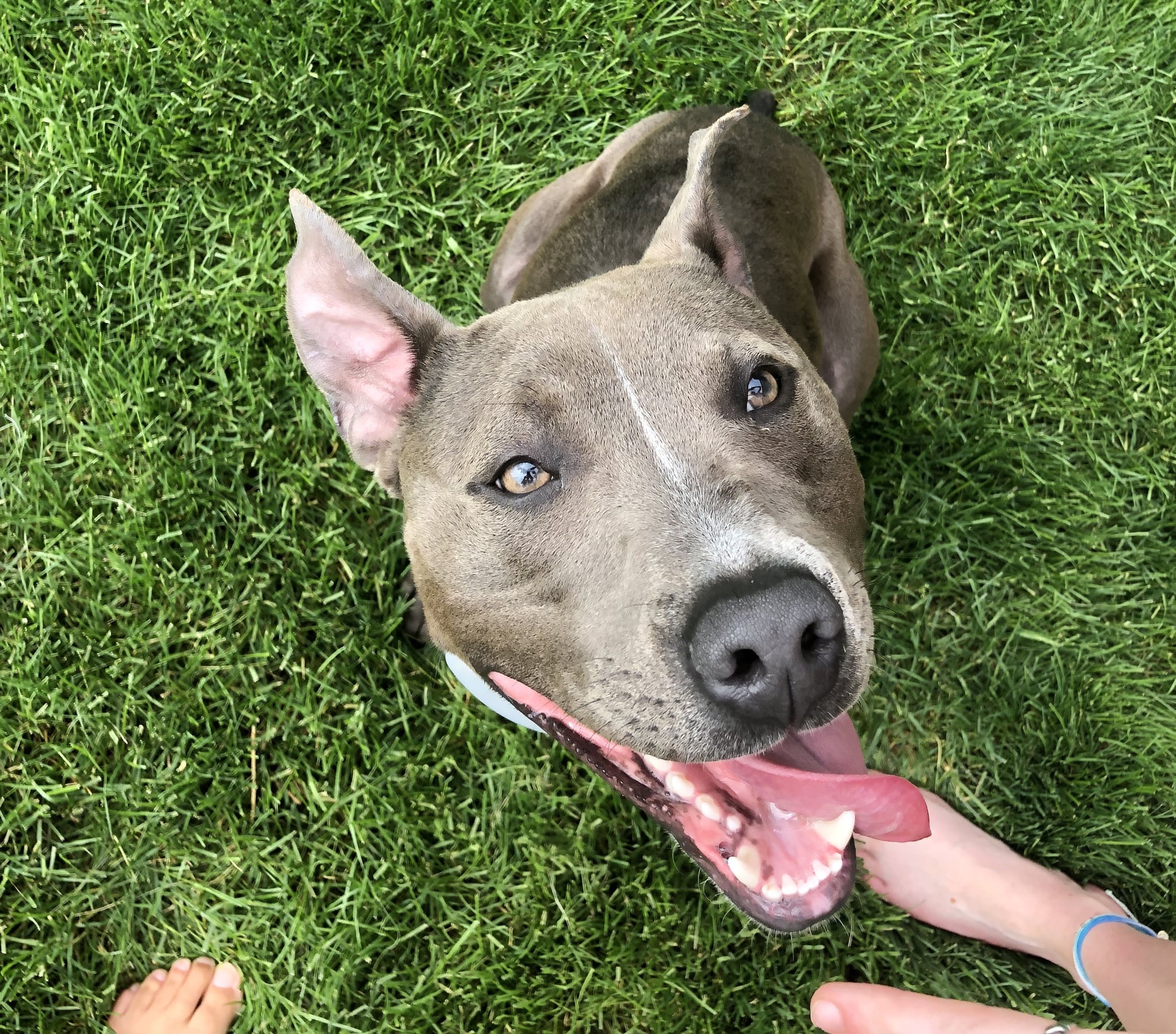 In July 2018, a puppy was found on the side of the road, abandoned and dying from parvovirus (or parvo). Weeks later, after miraculously surviving thanks to the efforts of a local veterinarian clinic, he was looking for a new forever home. That is where my family comes in. The last thing my mom said to me about the potential dog we were going to rescue before I left for vacation was "I am just going to look." When I returned home a week later, that little pup, now known as Milo, was ours.

Other than knowing he was thrown out of a car window into the street and left to die, we don't know much about Milo's life before he was found. We did discover, however, his intense separation anxiety from being left behind, his uncertainty with certain kinds of dogs, and even his incredible fright of the walking harness we use on him. Milo would constantly walk on our toes trying to get as close to us as possible, wouldn't eat unless someone was sitting next to him, and would curl into a ball shaking whenever the harness came out. Despite all of this, he loves with every fiber of his being and never lets us forget we are all the center of his world.

I had always heard "adopt don't shop" and about how rescues love a little harder, but I hadn't believed it or thought much of it until Milo graced our lives with his presence. Milo had been through hell and back. His tail was docked incorrectly and he was left to die in the middle of the summer, yet the energy he possesses and the way he always shows us affection despite that amazes me. He is quick to shower you with kisses and slobbers. His favorite activity is breaking out into the zoomies when full of excitement, sprinting through the house and spinning in circles. There is truly never a dull moment.

Looking at him now, you would never suspect someone abused and abandoned him. It's as if the past has been erased from his memory. Through getting to know and loving Milo, I have truly learned what it means to love with a big and open heart.

Milo is quick to bring someone into his circle of slobbery kisses. His love is consuming and far-reaching and beautiful. From watching him, I have learned to push past fears, give second chances, be positive, and love fiercely. By pushing through fears and doubts, like Milo did when finding his new home with us, I have been able to open my heart more to opportunities and relationships I wouldn't have even thought about before. I am quicker to give second chances and see the good in people rather than just the negative. And most importantly I give more love and more positive energy out into the world. I am more willing to show people love and care and be there for others. Instead of guarding my heart and waiting for others to come to me first, I have put myself out there and shown others how I feel about having them in my life.

Maybe it's absurd or a stretch to say I have learned all of this just from a dog, but I don't care. Milo truly has taught me love and kindness and sincerity in how I live and how I love. From hopelessness, heartbreak, and near death, to an overabundance of love, cuddles, and zoomies, Milo has not only transformed himself, but also my heart.

Pet Advice
Maxbone Makes Everything My Dog Needs to Travel, Starting With This Stunning Carrier
by Morgan Ashley Parker 1 day ago

Health
Conquering Cancer at 26 Helped Me Conquer My Sexuality, Too
by Mona Hassan 3 days ago