If there's one thing dogs are known for, it's kissing, and slobbering, and slobber-kissing. Some people don't like the sticky residue that's left after a good smooch from a pupper, but others would do anything for some doggy love. Like pay for it!

In this hilarious picture we found on Instagram user's @drinkingwithchickens page, her dog stands inside of a kissing booth offering his services to people for just 25 cents a lick. A steal! But it's certainly not the only hilarious thing happening in this scene. Squatting on his turf is none other than a chicken — you read that right — who, based on the sign, considered also selling his kisses but then realized what he's really good for: pecking eyeballs. Luckily, eyeball pecking is free, so if you don't have a quarter on hand for the pup smooch, you can always go the way of the bird.

DogsFunny Pets
Around The Web

Dogs
This Etsy Shop Sells Dog Breed-Inspired Candles, and I'm Going to Need One of Each!
by Emily Weaver 4 days ago

Cute Animals
The Pooch of NYC Knows How to Pose, and We Could All Take a Few Lessons
by Hedy Phillips 3 days ago 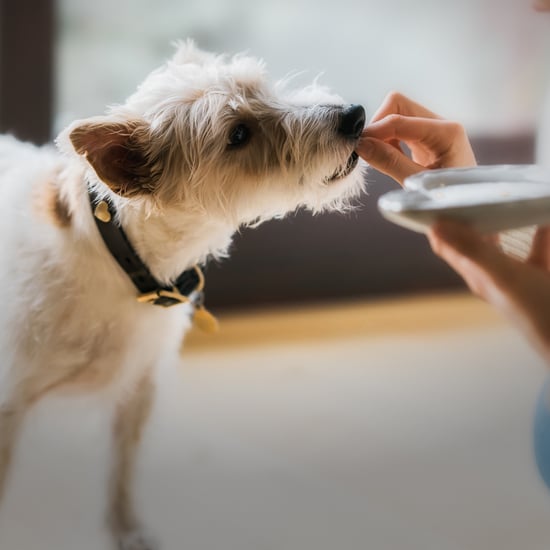 Pet Advice
Everything You Should Know Before Making Your Own Dog Food, Straight From a Vet
by Emily Weaver 11 hours ago