A post shared by Potter The Pomsky ⚡️ (@potterthepomsky)

Potter the Pomsky dog was given large shoes to fill when his owners named him after Harry Potter, but thanks to a video of him riding his broom — erm, Roomba vacuum — I think it's safe to say that he's honoring The Boy Who Lived just fine. Dressed as Harry Potter Pupper, the Siberian Husky and Pomeranian mix can be seen sitting atop a Roomba as the Harry Potter theme song music plays behind him. Like Neville Longbottom's first time on a broom, the dog experiences some bumps and unexpected turns, but by the end of the video, he's riding just like a pro — he even yawns mid-ride before zooming away. Watch the whole video above to see Potter in action — next stop: the doggy Quidditch squad! 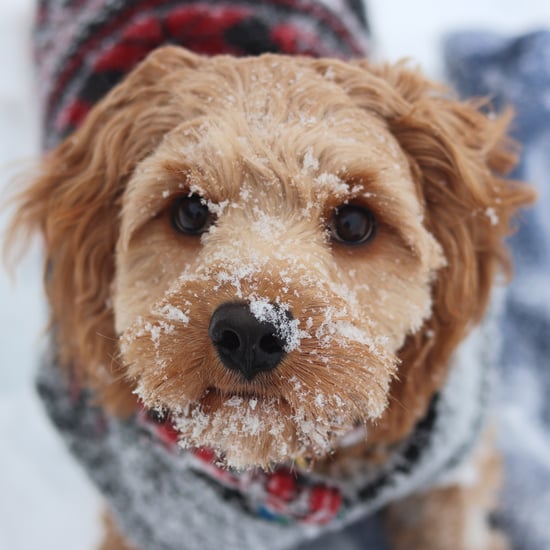 Pet Advice
Here's How to Tell If Your Dog Is Cold (and May Need a Coat!)
by Kathryn Mayer 3 days ago

Simone Biles
If You Need a Smile Today, Take a Look at Simone Biles's Dogs, Lilo and Rambo
by Amanda Prahl 5 days ago

Animal Videos
Please Don't Tell My Cats, but This TikTok-Famous Monkey Is the Light of My Life
by Alessia Santoro 1 week ago