Update: In the week after his news-making rescue, Lewis's burn injuries unfortunately worsened, and the Port Macquarie Koala Hospital made the difficult decision to put him down. The hospital shared the news in a Nov. 25 Facebook post that read, "We recently posted that 'burns injuries can get worse before they get better.' In Ellenborough Lewis's case, the burns did get worse, and unfortunately would not have gotten better. The Koala Hospital's number one goal is animal welfare, so it was on those grounds that this decision was made."

Original post: A touching story has emerged out of the devastating bushfires sweeping through New South Wales, Australia. Toni Doherty was driving when she saw a koala heading toward the flames. Despite the risk it posed to her own safety, Doherty stopped to rescue the squealing koala, wrapping him in her own shirt and dousing him in water.

Doherty said the good deed was done out of "natural instinct." She added, "I knew if we didn't get him down from the tree, then he would've been up there amongst the flames."

Related:
A Woman Was Accidentally Reunited With a Dog She Fostered, and Talk About a Happy Accident

After being transported to the Port Macquarie Koala Hospital, the koala was treated for burns on his nose, hands, and feet, and under his arms. In a segment by Nine News, Doherty was reunited with the koala, who's been named Lewis, after one of her grandchildren. The hospital's director, Cheyne Flanagan, expressed gratitude for Doherty's rescue mission: "The woman's a legend. Just a legend. No other word for it."

Watch the heartwarming reunion above.

Space
There Are a Ton of Moon Events Happening in 2020, Including a Blue Moon on Halloween
by Emily Weaver 6 days ago

Foster Care
After Being Raised in Foster Care, a Mom Decided to Adopt 6 Boys
by Murphy Moroney 1 week ago

Nostalgia
A Man Found an Old Tape of a Baby Taking His First Steps in 1994, Then Located His Family
by Alessia Santoro 1 week ago 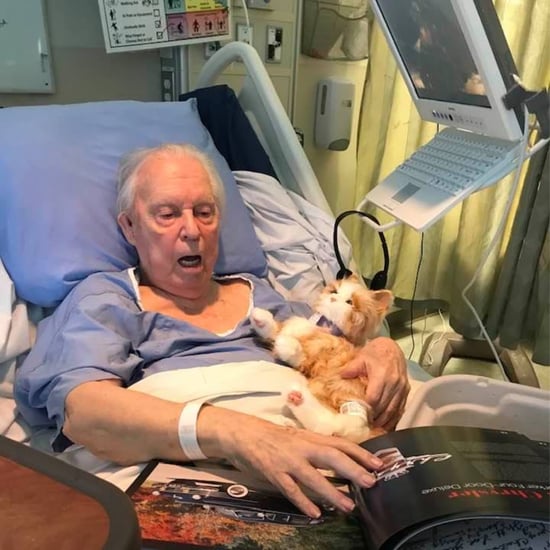 Cats
A Family Gave Their Dad With Dementia a Robotic Cat, and His Reaction Is Absolutely Beautiful
by Murphy Moroney 2 weeks ago