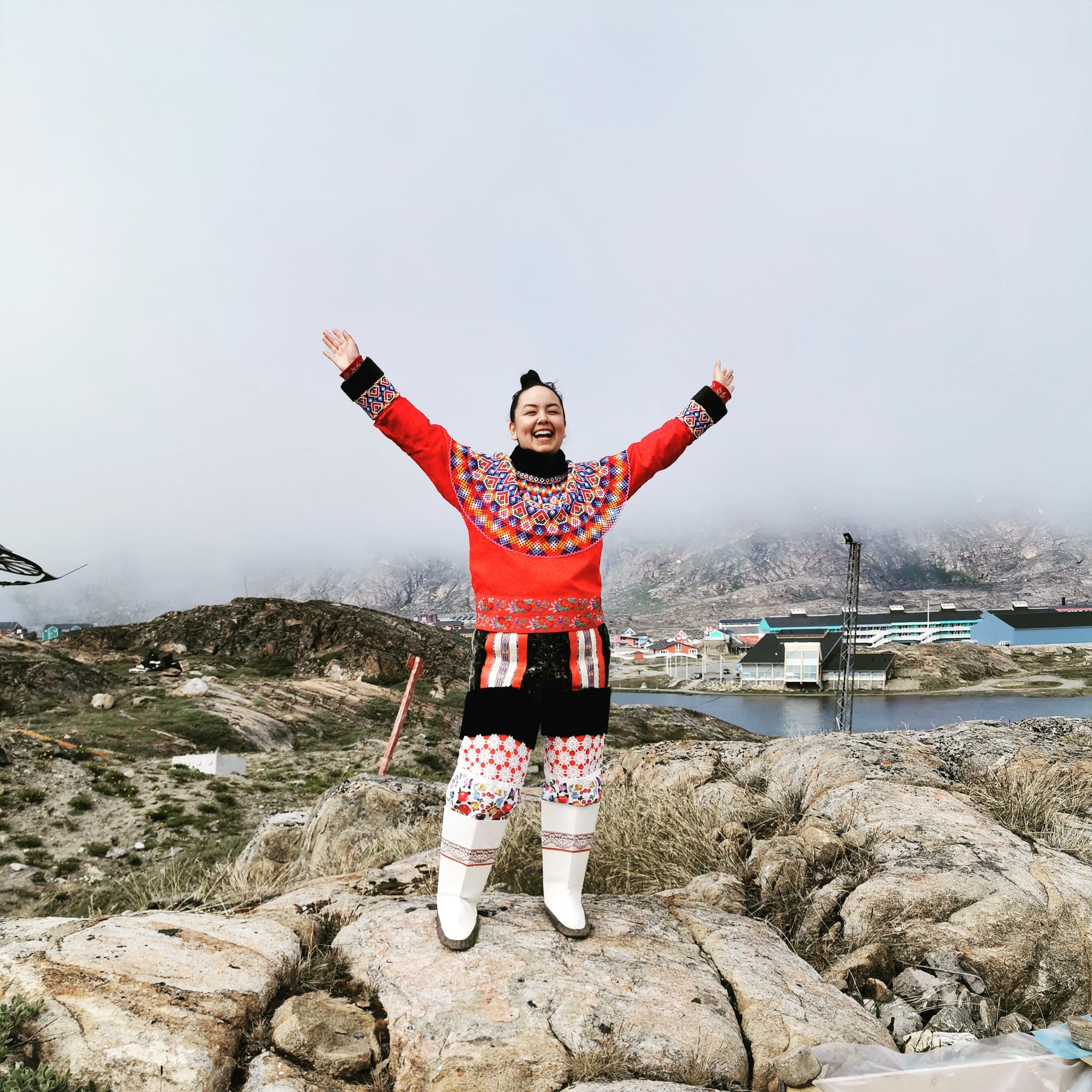 Maatalii Okalik, 31, the former National Inuit Youth Council president and one of the subjects in Nat Geo Wild's new documentary The Last Ice, has been a political advocate for Indigenous peoples around the world for years. Okalik is intimately familiar with how the sea ice between Greenland and Canada is rapidly melting, causing long-lasting effects on the environment as well as the 100,000 Inuit living near the frozen ocean around the Arctic, and she's dedicated to shedding light on how climate change is affecting her community.

"Climate change affects the Inuit every day, and I think Inuit have been ringing the bells of climate change for many decades now," Okalik told POPSUGAR. "Climate change was a priority that Inuit youth in Canada brought forward to our council when I served as the National Inuit Youth Council President. They want to make changes now, so that things are better for the generations to come."

Given her role as the former National Inuit Youth Council President, Okalik had the chance to speak on behalf of her community at the 2015 United Nations Climate Change Conference as the Paris Climate Accord was being drafted. In 2016, Okalik had the opportunity to share the stage with Catherine McKenna, Canada's minister of environment and climate change, at the United Nations Climate Change Conference in Morocco — where she had just 10 seconds to speak to all 194 Heads of State. 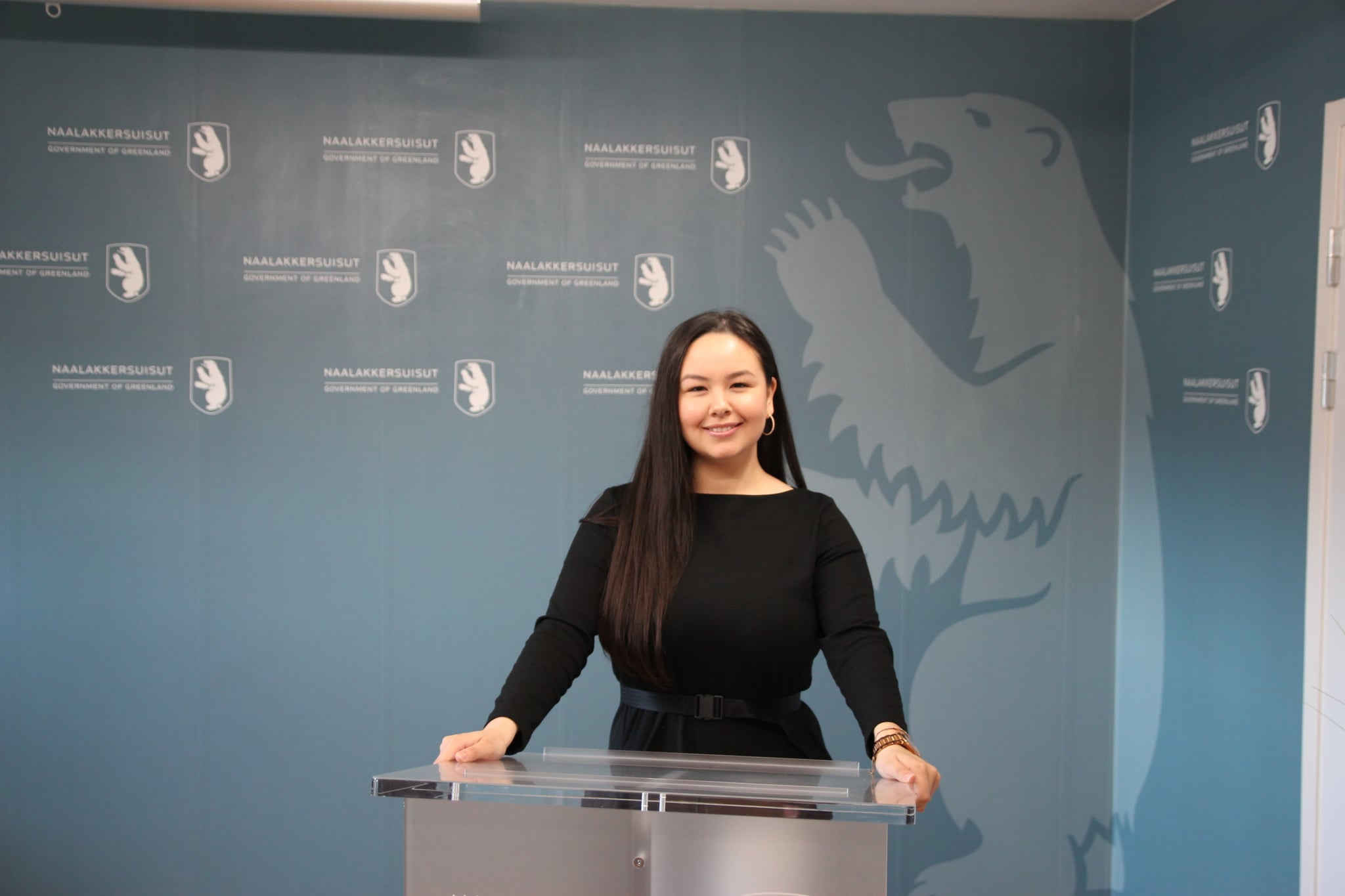 "Climate change affects the Inuit every day, and I think Inuit have been ringing the bells of climate change for many decades now."

Although climate change is obviously front and center in The Last Ice, Okalik is quick to point out that everything is interconnected, and that social determinants implicate larger issues within the Inuit community, particularly when it comes to overcrowded housing.

"We're facing a housing crisis, whereby there could be 15 or so people living in one house because there's no other choice," she said. "There are no other homes to move into given the shortage. It's one of the biggest issues we need to consider right now because when the coronavirus became a global pandemic, we were freaking out. We still even have tuberculosis in the Inuit Nunangat, which is our homeland, and that's an eradicated disease in the developed world."

Okalik shared that the Inuit have high levels of lower respiratory tract infections because they are subject to substandard housing, which exacerbates illnesses and can cause them to spread more quickly.

Thankfully, there have been no recorded cases of COVID-19 in Inuit Nunangat at the moment; however, the community is working to use the relief aid it received from the Canadian government wisely. "We were spending the money on things like having clean drinking water and water in Inuit homes," she said. "Clean water is still something that we don't always have of access to. We have boil water advisory still in a lot of our communities. The quality of water is just so terrible, and we don't have piped water services through a lot of our communities, meaning we're still delivering water home to home."

Okalik has also been working diligently to decrease the suicide rates within the Indigenous community. "We have the highest suicide rate in the world," she explained. "It is one of the top priorities that Inuit youth brought forward, along with climate change as well as culture, language, and education preservation. We have to look at suicide prevention differently, because I think the majority of North Americans look at suicide prevention is only related to mental health and wellness."

Additionally, Okalik says that systemic racism and gender violence affect the Inuit community, particularly when it comes to law enforcement. "We have seen a rising number of missing and murdered Indigenous women and girls in Canada," she explained. "These are our family members. If they go missing or they've been murdered, the police don't necessarily investigate those cases as they should, compared to other demographics."

Related:
As an Indigenous Lakota Woman, Running Is My Art Form and My Advocacy

A longstanding issue in Canada, Okalik pointed to The Highway of Tears, a 450-mile stretch of highway in British Columbia where many Indigenous women and girls have gone missing or have been murdered since the 1970s. Many of their cases remain unsolved to this day. "We can sympathize with the people of British Columbia because the same is happening to our women, in other parts of the country, as well. The relationship with our government must improve, but I know that it's going to take a lot of education and respect."

Okalik is hoping to empower the younger generations to lead in the political arena. "I've always been taught to lead by example, and I'm so grateful that I have had many Inuit women to look up to, and many Inuit women who paved the way for our generation to be able to do the work that we do side by side, as a collective," Okalik said. "I pay tribute to them, first and foremost, and I only hope to follow their lead and provide the same opportunities, if not more, to the next generation or the younger generation of Inuit youth."

While Indigenous communities do have much to contribute, they're often not given a seat at the table. Okalik has noticed that Inuit youth, who often face pressure to embrace Western ways of living over their own culture's, desperately want to reconnect with their community's traditions.

"Inuit youth across the board have expressed interest in the continuation and revitalization of Inuit traditions and want to play an active role in gaining that knowledge from the knowledge keepers in our parents' generation and grandparents' generation," explained Okalik. "There was a disruption of that traditional knowledge passing from generation to generation because of the forced attendance of the Inuit to residential schools." 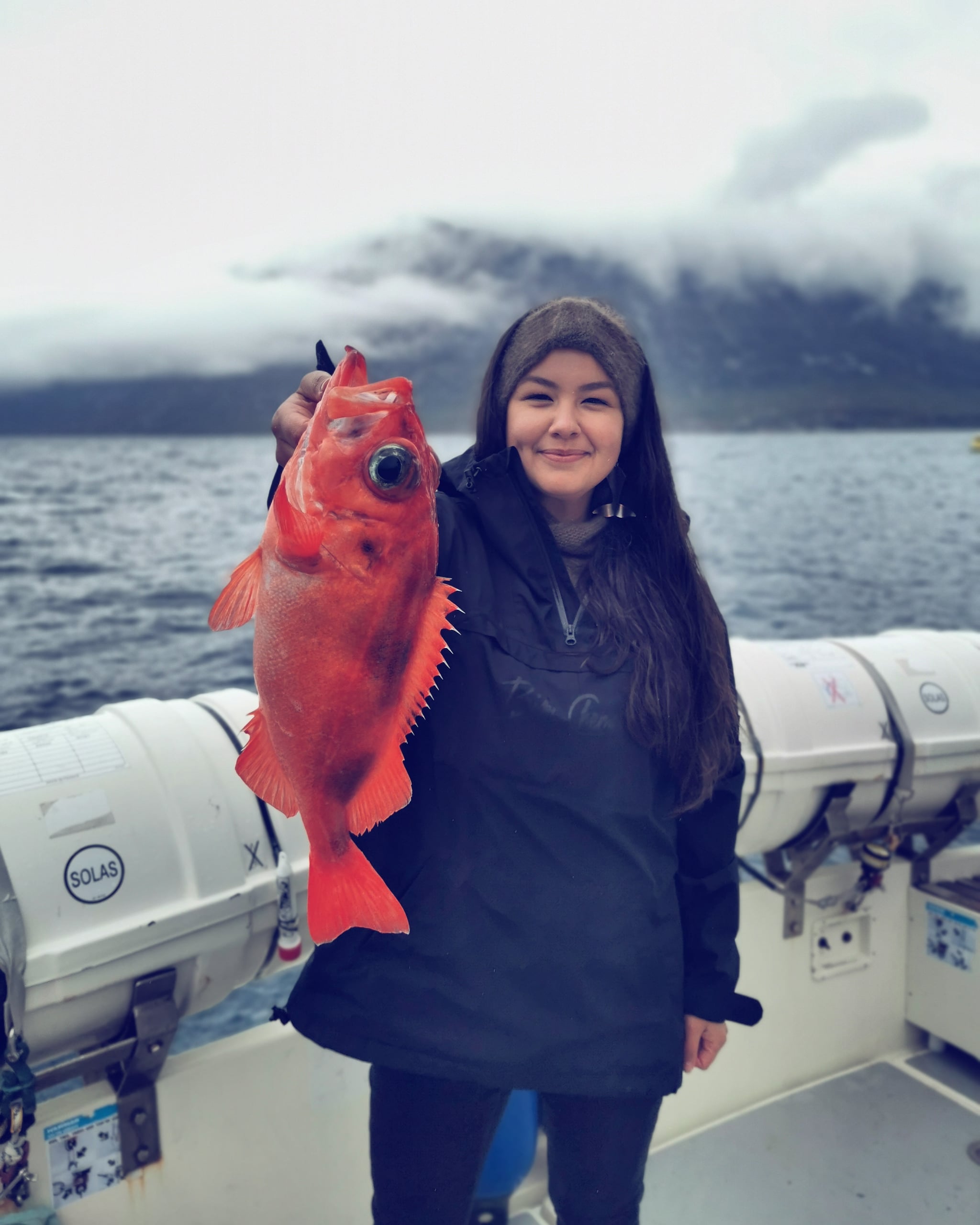 According to Okalik, climate change plays a large part in the Inuit's knowledge disconnect. "The traditional hunting routes have been affected by the degrading sea ice," she explained. "So we'll never be able to reach those areas anymore, but we have to adapt. We are still very keen on maintaining those traditions. The challenge right now for Inuit youth is that there aren't always places to learn those traditions, because in school, that type of knowledge isn't passed on."

"We should all be proud of our roots and it's never too late to connect with our culture, language, and traditions."

To help younger members of the community reconnect with traditions, education centers like the Pilimmaksaivik Center in Inuit Nunavut, are offering pre-employment and job training initiative programs. "[Traditional schooling] leaves evenings and weekends to learn those traditions," she explained. "The Pilimmaksaivik Center is a perfect example of how there could be community-based programming specific to adaptation and climate change, rooted in cultural and traditional knowledge. When a youth begins that program, they go in one person and they leave a stronger, healthier, more confident, and a prouder Inuk."

"We should all be proud of our roots and it's never too late to connect with our culture, language, and traditions," she said, reminding people that they should be patient with themselves. "I think it's important to be kind to yourself on the learning journey. We are all equal. No one is above anyone else. We all deserve a good quality of life regardless of gender, race, wealth, or experience. You belong wherever you are. Whether it is in post-secondary institutions, your dream workplace, shopping in nice stores, revitalizing your culture, chasing your dreams. Nobody can tell you otherwise. Your value is internal and other peoples' opinions don't equate to your value."

The Last Ice is available to watch on VOD, NatGeoTV.com, and the Nat Geo TV App.

Politics
Kamala Harris Addresses Derek Chauvin Verdict: Racial Injustice "Is a Problem For Every American"
by Yerin Kim 2 days ago