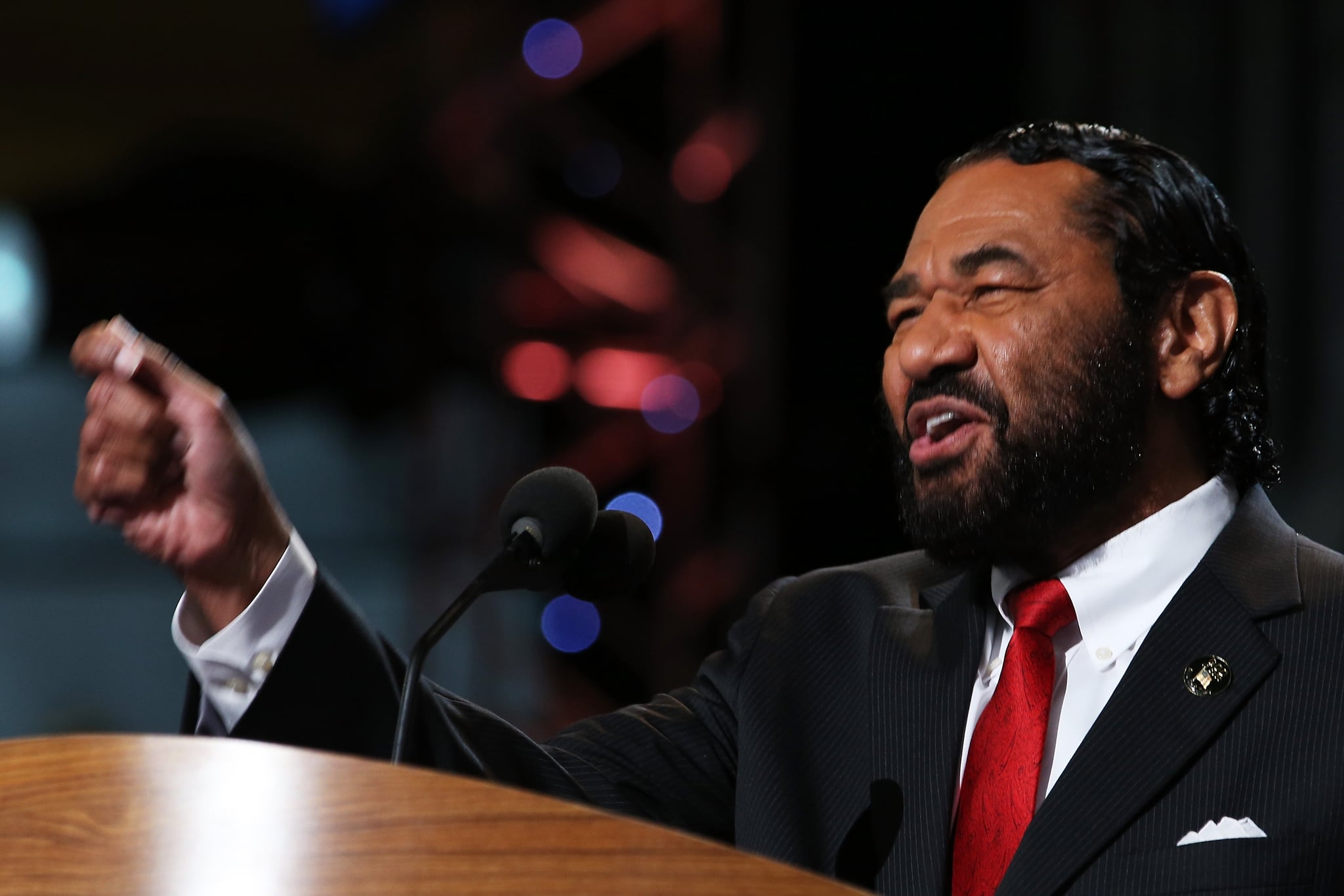 Update:
At a town hall in Houston, TX, on May 20, Representative Al Green shared with his constituents some voicemails he's received. According to ABC News, the voicemails were from his office and included messages like, "You ain't going to impeach nobody. Try it and we will lynch all of you," and "You'll be hanging from a tree." Despite the hateful language and threats, Green told the town hall, "We are not going to be intimidated. We are not going to allow this to cause us to deviate from what we believe to be the right thing to do and that is to proceed with the impeachment of President Trump."

Original story:
One member of Congress took the House floor on May 17 to deliver a powerful speech, one we should all applaud for reminding us what democracy is all about. Representative Al Green of Texas's ninth congressional district called for President Donald Trump's impeachment in the address. "No one is above the law," he said, "and that includes the president of the United States of America."

Today on the floor of the Congress of the United States of America, I will call for the Impeachment of the President between 9am & 10am CST.

Green is the first member of Congress to officially request leveling charges against the president from the House floor. Green directly addressed the House and Speaker Paul Ryan in a speech that felt straight out of West Wing. "I do this because I believe in the great ideals that this country stands for — liberty and justice for all," Green said.

Green made it clear he's not doing this "for political purposes;" rather, it's because "our democracy is at risk." Green also brought up why he's calling for Trump's impeachment: "Mr. Speaker, this is not about the president firing the FBI director because he was investigating someone else. It was because the FBI director was investigating the president himself." You can watch a clip of Green's speech ahead.

While this is the first time a member of Congress has officially called for impeachment on the floor, numerous congresspeople, including Representative Maxine Waters, have publicly pushed for impeachment.