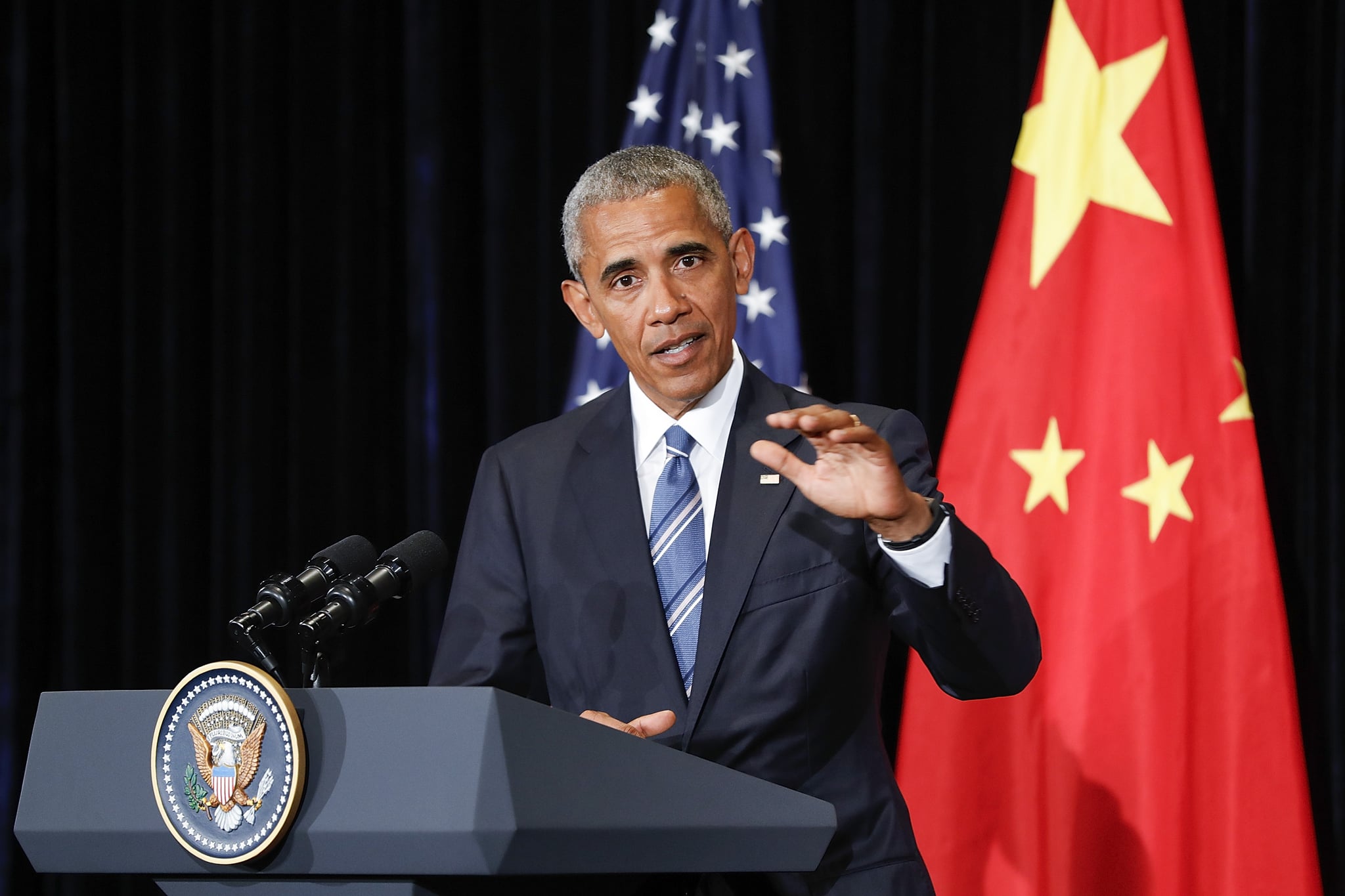 President Obama weighed in on Colin Kaepernick's controversial decision to sit during the national anthem as a way to protest racial injustice. Speaking from the G20 Summit in China, Obama said he understood what the 49ers player was doing and that Kaepernick was using his constitutional right to make a statement.

Obama also acknowledged why some might be upset at Kaepernick's protest, saying that having an active citizenry can be "messy and controversial and it gets people angry and frustrated." However, in two lines, the president summed up why 28-year-old Kaepernick's actions should be appreciated.

"If nothing else, he has generated more conversation around some topics that need to be talked about . . . Sometimes that is messy and controversial and it gets people angry and frustrated but I'd rather have young people who are engaged in the argument and trying to think through how they can be part of our democratic process than people who are just sitting on the sidelines and not paying attention at all."

Indeed, Kaepernick has sparked a conversation about injustice in this country that's necessary given the racial disparities alive today. Often we blame celebrities for not using their platform to speak up, and here is an athlete bringing awareness to an important cause. Little by little, these gestures enact change, even if it's a conversation that starts with, "Have you heard of what Colin Kaepernick is doing? What do you think?"

Oscars
ICYMI, the Obamas Won an Oscar! Here Are Their Gracious Reactions
by Hedy Phillips 2 weeks ago

Celebrity Instagrams
Be Still Our Hearts! Barack Obama Posts Sweet Birthday Note For Michelle: "You Are My Star"
by Brea Cubit 1/20

Space
There Are a Ton of Moon Events Happening in 2020, Including a Blue Moon on Halloween
by Emily Weaver 3 days ago