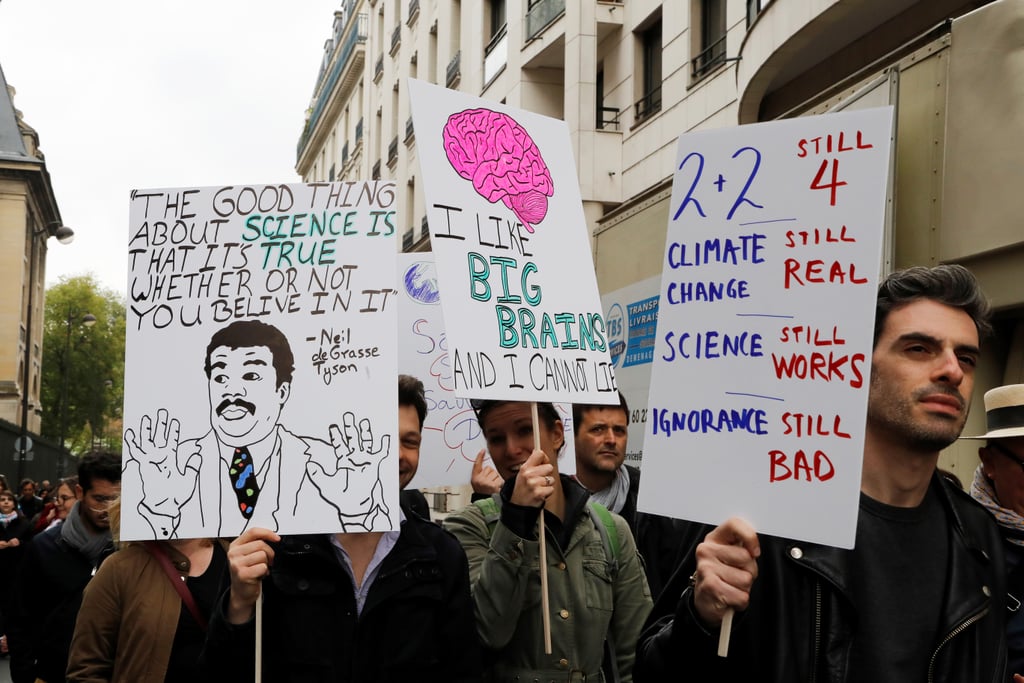 On April 22, citizens all over the world took to the streets to voice their support for science and climate change awareness on Earth Day. In Washington DC, people brought out their best signs to express the importance of scientific research, while stressing the need for President Trump, who previously called global warming "a hoax" invented by the Chinese, to take these issues seriously. Marchers from London to Australia did not disappoint with their genius and witty slogans. We've rounded up some of the best of the bunch ahead.

Related:
10 Climate Change Facts Trump Should Consider Since He Has an "Open Mind" on the Issue
Previous Next Start Slideshow
Science NewsWorld NewsEarth DayUS News
Around The Web

Alexandria Ocasio-Cortez
"They've Got Money, but We've Got People": AOC Thanks Voters For Solidarity in Powerful Speech
by Chanel Vargas 2 weeks ago

Personal Essay
I Came to the US as an Unaccompanied Minor, and I'm Not Who You May Think I Am
by Alejandra Valdez-Rivas 2 weeks ago

Politics
"I Will Not Be the Last": Kamala Harris's Victory Speech Sent Inspiration to Girls Everywhere
by Maggie Ryan 3 weeks ago