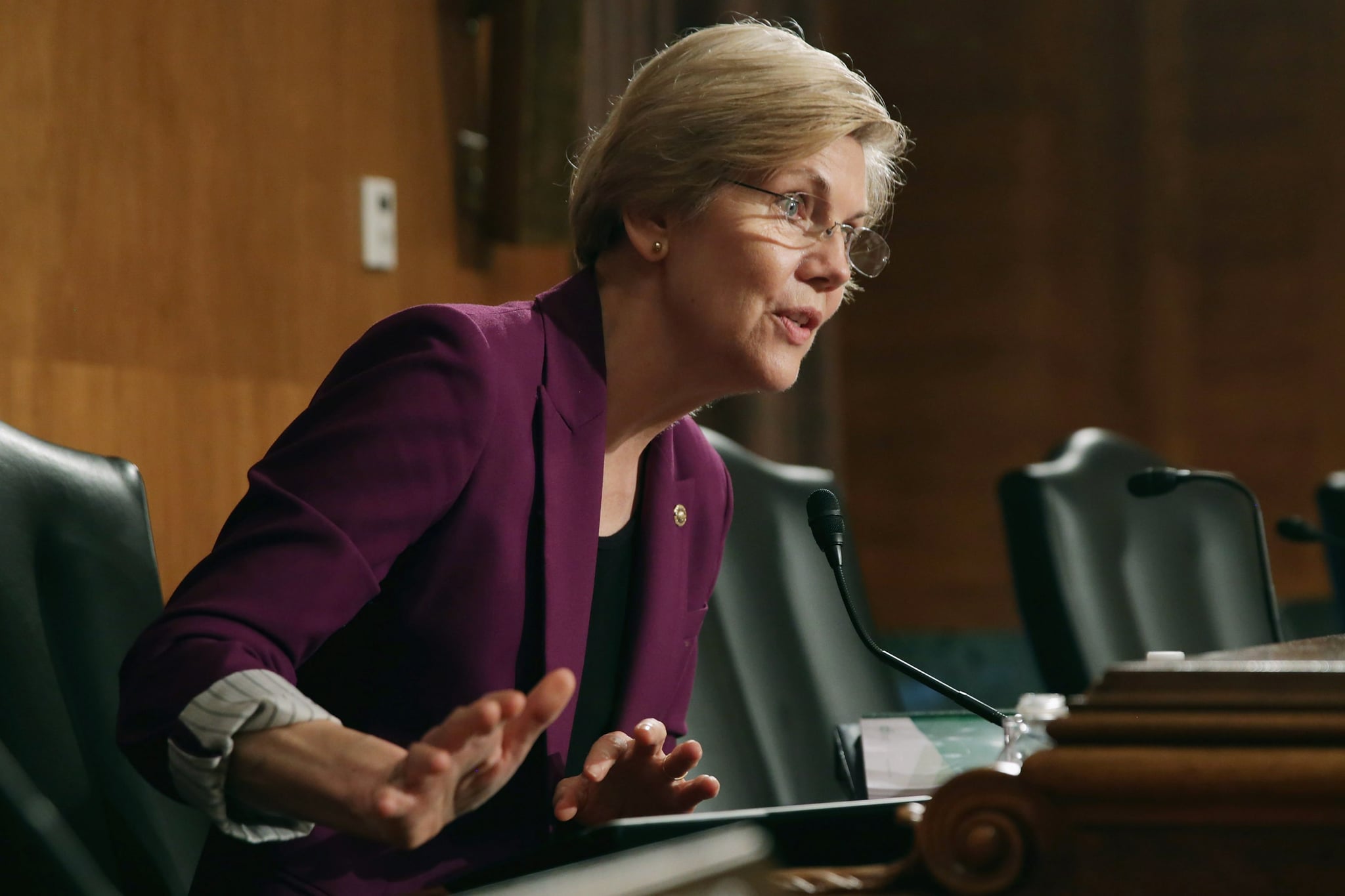 When Democratic Senator Elizabeth Warren took the floor to speak out against the nomination of Jeff Sessions, Donald Trump's nominee for attorney general, she was formally silenced by her Republican colleagues.

Warren chose to recite a powerful speech written by Coretta Scott King, Martin Luther King Jr.'s wife, from when Mrs. King pleaded the Senate to deny Sessions a federal judge position because of racial prejudice back in 1986. Because that letter was a factor in his rejection for the position, Warren decided to bring those same concerns to light 30 years later. But other members of the chamber did not agree with that decision.

Warren began reading Mrs. King's powerful words, which detailed how Sessions used "the awesome power of his office to chill the free exercise of the vote by black citizens." Shortly after she started speaking, Republican Majority Leader Mitch McConnell formally objected to her continuing her statements, citing a rule against "impugning the motives" of a fellow senator.

After expressing her shock at the fact that Mrs. King's speech was "not suitable for debate," Warren continued reading it, only to be silenced and asked to "take her seat" by the presiding senator. "She was warned. She was given an explanation," McConnell said of her failure to stop speaking. "Nevertheless, she persisted."

Warren fought back against the silencing by setting up camp right outside the Senate chamber to read Mrs. King's letter in full. She filmed it as a Facebook Live video, which garnered 6 million viewers who witnessed her explaining why she believes Sessions is unfit for the role of attorney general.

During the debate on whether to make Jeff Sessions the next Attorney General, I tried to read a letter from Coretta Scott King on the floor of the Senate. The letter, from 30 years ago, urged the Senate to reject the nomination of Jeff Sessions to a federal judgeship. The Republicans took away my right to read this letter on the floor - so I'm right outside, reading it now.

After finishing the speech, Warren ended on a powerful note, saying, "Because of her letter and Jeff Sessions's record, I'll be one of the ones voting no."

Many Warren supporters quickly reacted to her unjust silencing, as hashtags like #LetLizSpeak and #ShePersists quickly spread over the internet. These became a rallying cry for her supporters, who used the hashtags to honor other notable women in history. Hillary Clinton came to her defense with an epic response on Twitter, as did Bernie Sanders, who posted a video describing his disappointment over the fact that he was allowed to read the same speech without being shut down. California Senator Kamala Harris also chimed in on the situation by demonstrating her disdain for the Senate's decision to silence Warren.

RT now if you believe it is wrong for the GOP to silence @SenWarren for trying to read a letter from Coretta Scott King. #LetLizSpeak

Harris also shared excerpts of Mrs. King's letter with her followers. But she isn't the only one determined to share the powerful speech with the world, as Senator Tom Udall read the remaining parts of Warren's speech on the Senate floor on the morning of Feb. 8.

Though it was a show of solidarity with Warren, it raises the issue of sexism — why was he allowed to read the letter without being silenced while Warren wasn't?

The final vote for Jeff Sessions's confirmation will be on Wednesday, Feb. 8.

Health News
Starbucks Announced New Precautions Due to Coronavirus, Including a Pause on Personal Cups
by Kelsey Garcia 3 weeks ago

Politics
Election 2020: Beyond the Ballot
by Maya Berry 3 weeks ago

Politics
Want to Knock on Doors This Election Season? Here's How to Get Started
by Sofi Hersher 2 weeks ago

by Alessia Santoro 55 minutes ago