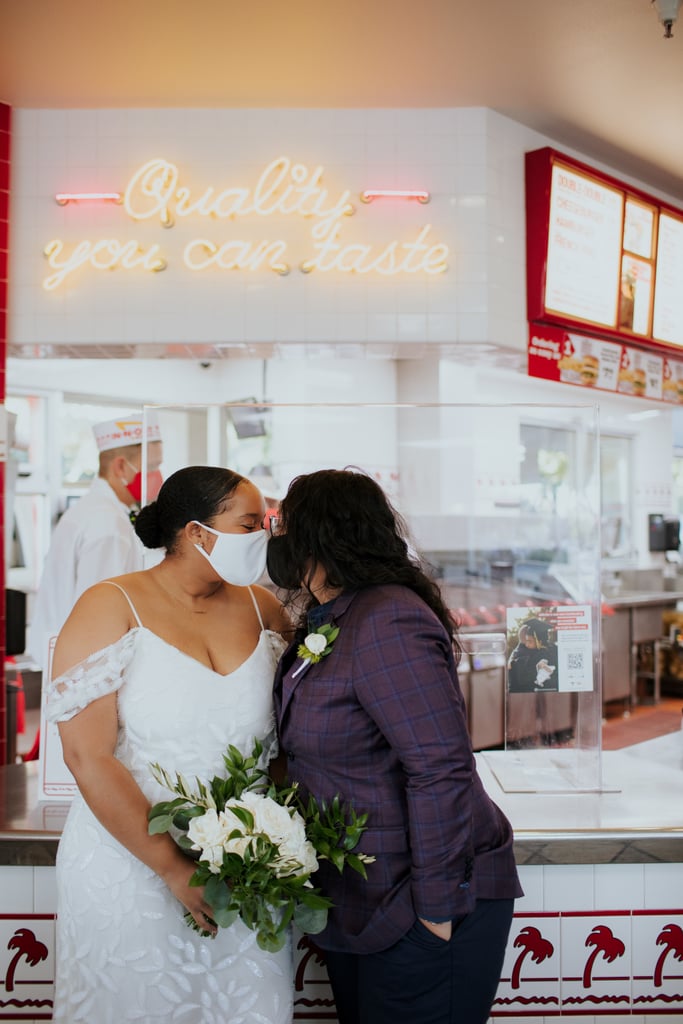 This Couple's Elopement Day Involved Lots of Love, an In-N-Out Burger, and a Side of Fries

Andrea and Aidalix had a dream of saying "I do" on the East Coast after meeting and living in NYC for two years, but with the challenges of 2020, the pair decided an intimate elopement shared between no one but themselves was best. "We didn't want things that were out of our control to dictate when we were going to get married," the couple told POPSUGAR.

The decision, although tough, led them to a cherished elopement at the county clerk's office in Sacramento, CA, which was a short drive from where they resided in Oakland. The pair rented a hotel suite, ate an (unconfirmed) animal-style-looking lunch at In-N-Out, and exchanged vows at a rose garden at sunset. "We decided that the most important thing about our wedding was for us to have a special day together. The party can come later when it's safe for everyone to be together."

While it wasn't the nostalgic and dreamy East Coast wedding surrounded by friends and family that Andrea and Aidalix had envisioned, they decided to make the elopement totally opposite from what they originally had in store: a day centered around their lives' present-day. "We wanted to take photos around things that were California-centric to commemorate our West Coast life and contrast the East Coast wedding celebration we hope to have once the pandemic clears." And that California-centric photoshoot had to include In-N-Out, of course!

Despite all the challenges, the two were still able to work with LGTBQ+, female, and BIPOC vendors, which was a goal of theirs from the start (Andrea's ensemble is from LGBTQ+ brands Kirrin Finch and Wildfang and the photographer is a part of the queer community as well). At the end of the day, Andrea and Aidalix felt like their small elopement was a great success. "We'd highly recommend eloping or even having a separate ceremony for just yourselves. It definitely relieved us of a lot of stress, was easier on us financially, and we remember every moment of that day because we weren't distracted by other things." If you're interested in seeing this California-style elopement captured by Katherine Elyse Photography, have a look at the gorgeous photos ahead!

Related:
This Couple Went to the Top of Yosemite to Exchange Handwritten Vows, and Look at Those Views
Previous Next Start Slideshow
Real WeddingsElopementIn-N-OutLGBTQ+Weddings

Billy Porter
Billy Porter and Adam Porter-Smith Have Opposing Zodiac Signs — Are They Compatible?
by Adrianna Adame 3 days ago 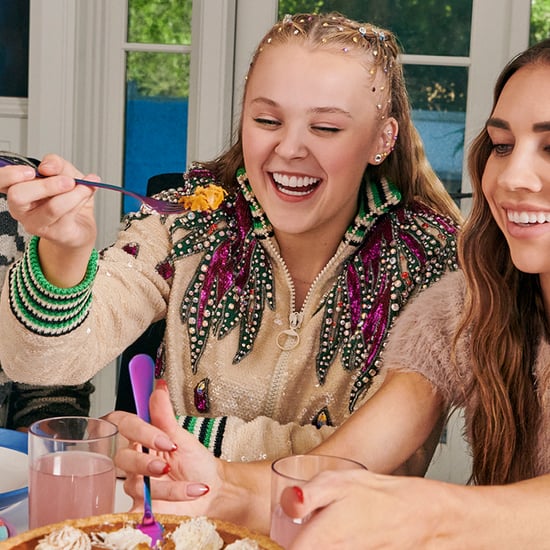 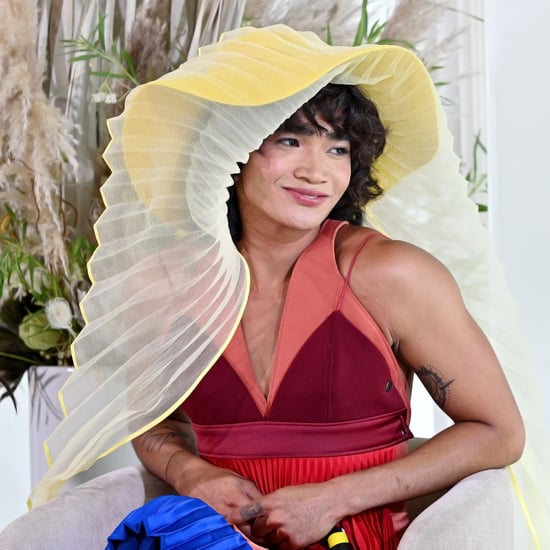 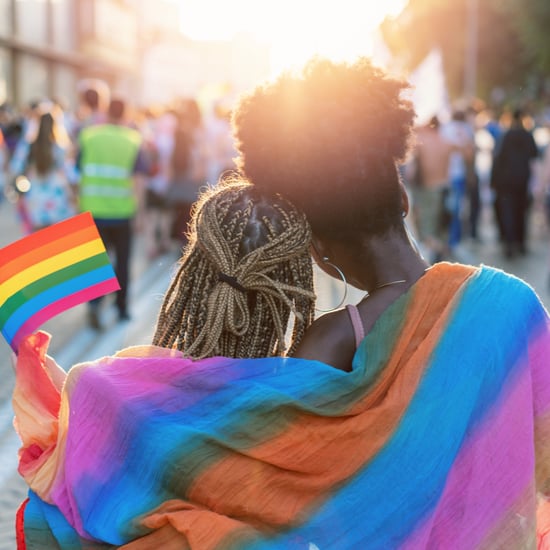