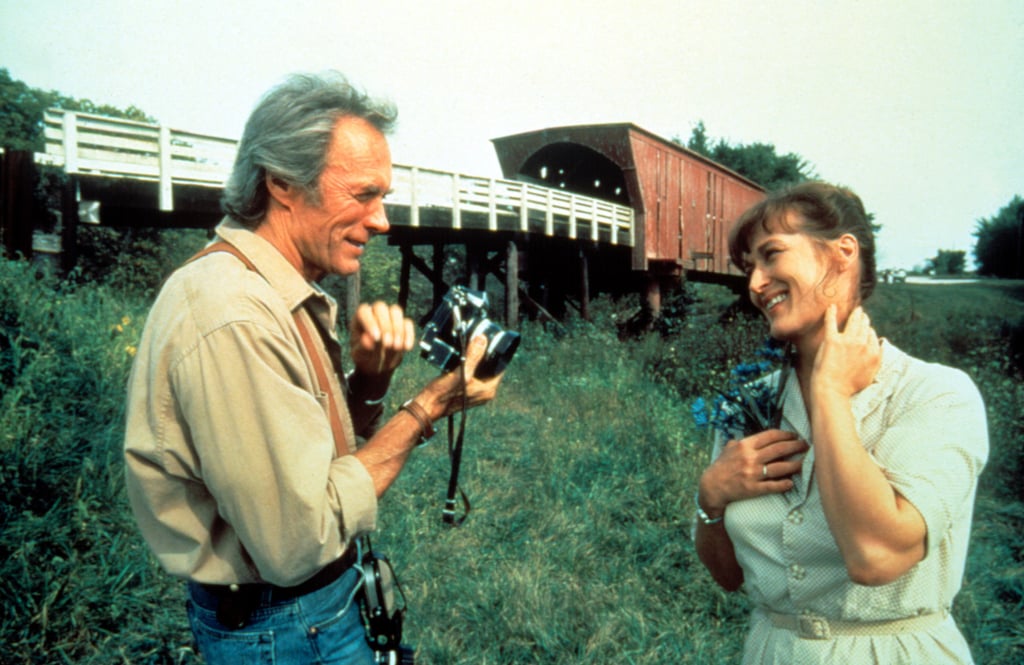 The Bridges of Madison County

Based on the novel of the same name, The Bridges of Madison County tells the story of Francesca (Meryl Streep), an Italian woman living on a farm in Iowa with her husband and two children. When travel photographer Robert Kincaid (Clint Eastwood) comes to town to capture images of the famed covered bridges of Madison County, the two begin a brief, passionate love affair that changes both of their lives forever. Streep garnered one of her many Academy Award nominations for her stellar performance in the 1995 film, which was also directed by Eastwood.

Movies
We Found LGBTQ+ Movies For Each Letter of the Acronym, and They're Perfect For Pride Month
by Corinne Sullivan 1 day ago

Nostalgia
The Lord of the Rings Cast Virtually Reunited, and I *May* Have Just Whispered, "My Precious"
by Brea Cubit 2 days ago

Movies
HBO Max Is Here, and Hell Yeah, There Are So Many Movies For Kids!
by Alessia Santoro 2 days ago