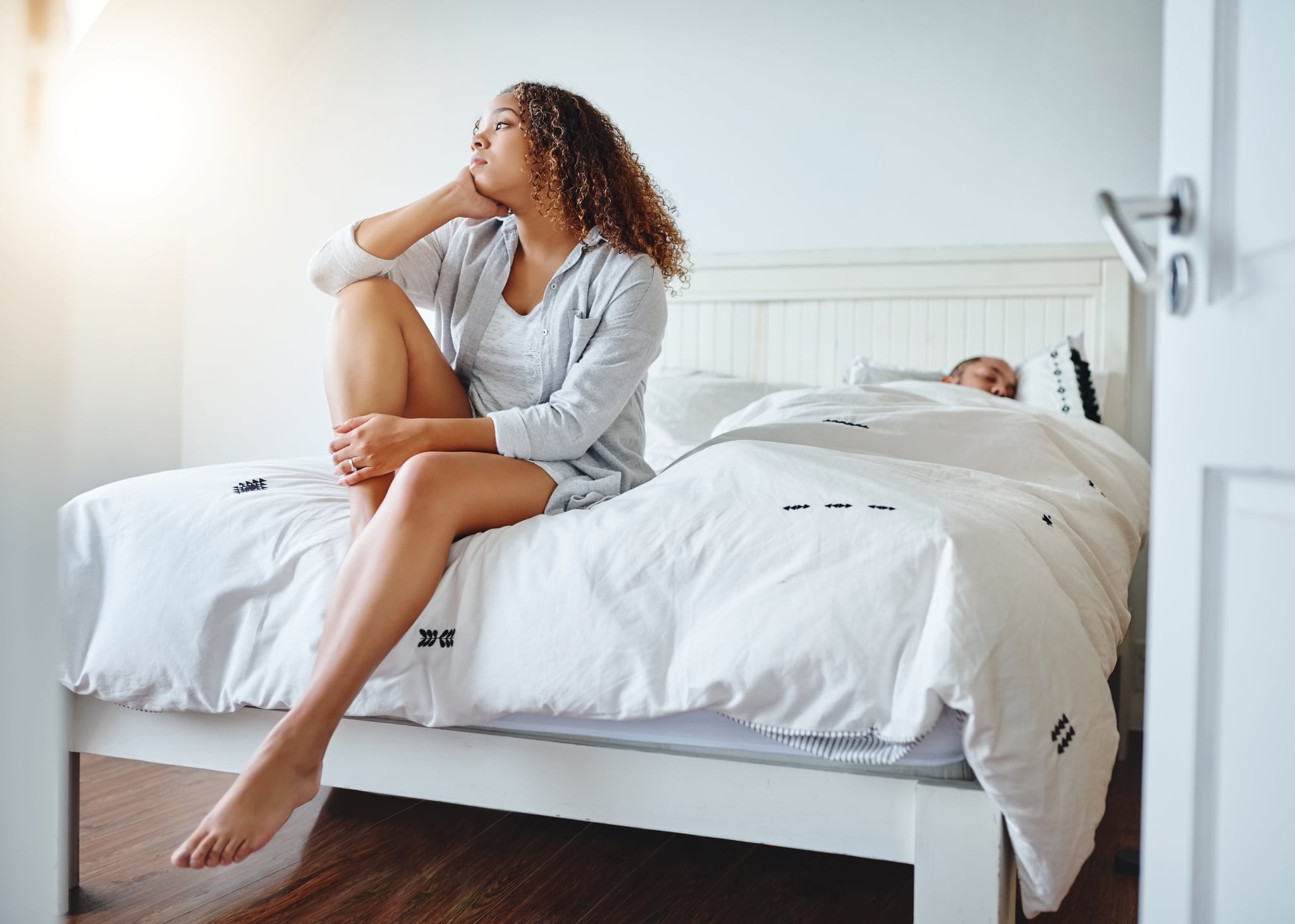 I found out my partner was sleeping with someone else long after I already suspected it. Looking back, there were lots of signs that I chose to ignore. But when you want a relationship to work so badly that it hurts, there's always a way to brush things aside even when they're staring you right in the face. It's just like Selena Gomez sings in "Lose You to Love Me" — my "rose colored glasses were all distorted."

But first, let's backtrack. I met him when we were both studying abroad together in France, and it was a whirlwind five-month romance. I felt like I was living a real-life fairy tale. I was in a foreign city, I was in love, and everything felt perfect. Before I went abroad, I was shy, insecure, and a virgin. I had no self-confidence when it came to romance. But after I met him, I started seeing myself in a new light. I shed my old skin and became the outgoing, vibrant person I had always dreamed of being.

Sadly, my fairy tale didn't last forever. I had no idea that when I touched down in JFK after a whole semester away from home, it was the beginning of the end. Summer came and went. He and I were no longer living in the same place, and I could feel the distance between us, not just physically, but emotionally as well. It was a vicious cycle. I could sense him slowly pulling away from me, but the further he drifted, the more I clung to him.

When I look back on everything now, there were so many red flags that I chose to ignore. He constantly assured me that there was no one else and I believed him. Or maybe I just wanted to believe that he was telling the truth. Every time he told me he was going out with his "buddies," he would only be able to recount vague, hazy details from the night before. Flirty comments from random girls would appear on his Instagram pictures. We stopped talking on the phone. He stopped leaning on me for emotional support. But still, I never voiced any of my worries or called him out on his shadiness. I didn't want to make things worse than they already were. The only thing I cared about was not losing him.

How I Found Out He Was Cheating

The day I found out what was really going on was a particularly bad day. I was feeling on-edge, paranoid, and anxious, spontaneously bursting into tears at random moments. This was my new normal — the person that I had become over the last few months.

At around 2 a.m., he and I were both lying in bed sending each other goofy Snapchats . . . or so I thought. But then, out of nowhere, he sent me a picture of himself no longer in bed. He was nicely dressed and standing on a street outside. I asked him where he was going and he never responded. My body went into panic mode and I immediately went onto Snap Maps to check his location. And there he was . . . at an address miles away from his apartment. At a sorority house.

I had finally gotten my answer, a map pointing me directly to the information that I had been denying for so long.

I was shaking with rage, despair, and tears. All I wanted to do was text him and call him a liar. I wanted to tell him how cruel he had been for stringing me along and making me believe that he still loved me. Instead, I threw my shoe at the wall. It left a dirty, angry footprint on the untouched white paint.

How I Confronted Him About His Cheating

We spoke on the phone that weekend. I asked him point-blank if he was sleeping with someone else. When he told me that he was, he was unapologetic, shameless, and unemotional. After months of excruciating heartache over this boy, I felt surprisingly little for him during that call. Part of me felt relieved that the not knowing was finally over.

I never wiped the footprint off my wall. It was a reminder of the lessons that I had learned from him. It represented the fact that no matter how painful the truth was, it hurt far less than the agonizing "what ifs" that never truly left my mind.

The footprint was there to remind me of something else, too. One of the reasons I held onto my relationship was because I liked the person that I had become. I was scared that when he went away, so would that version of myself. But I had failed to realize that I had also become a person I didn't like when I was with him: paranoid, anxious, and constantly checking up on him on social media. Our relationship had soured over time, and so had I. It took my experience with him to realize that I couldn't rely on a partner for self-confidence or happiness. I needed to rely on myself.

At the end of the day, we should silently thank the "hims" of the world. They allow us to evolve and learn what kind of love we deserve to have in our lives. I know I did.

Nostalgia
Are You Confused by the Current Generational War? Congrats, You May Be a Zennial!
by Mary Everett 3 days ago

Small Space Living
Living Alone During the Pandemic Taught Me About My Strength, My Priorities, and Myself
by Camila Barbeito 3 days ago

TikTok
Am I the Only One Who Tried the Baked Feta Pasta Recipe and Hated It?!
by Kalea Martin 4 days ago