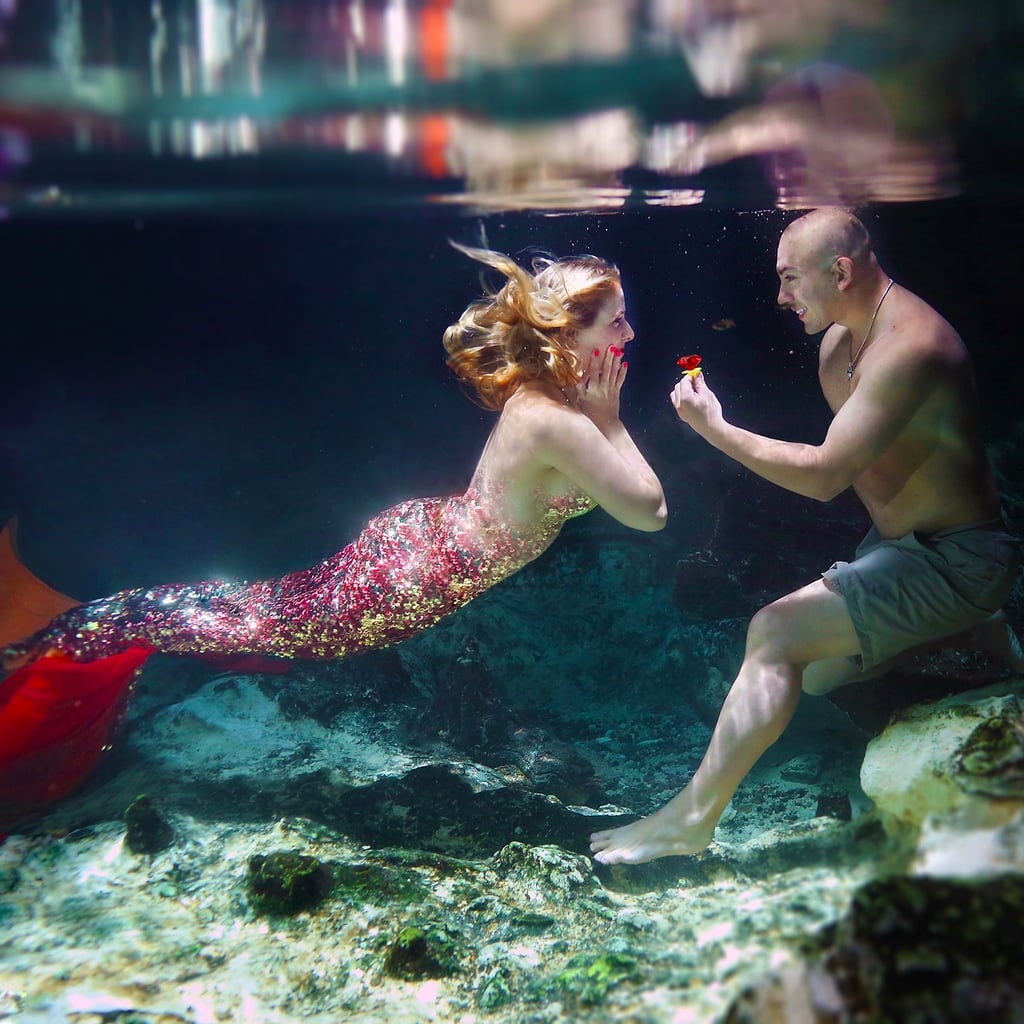 To anyone dating a mermaid-obsessed partner, take note: there's nothing more romantic than an underwater proposal.

When Eric Martinez started planning his proposal to Cammy Rynae Cuoco, he packed in the surprises to keep her stunned at every turn. The first step was a vacation to Riviera Maya in Mexico, where Eric happened to set up a "holiday portrait session" with Cammy's favorite destination photographer, Polly Dawson of Del Sol Photography.

When Eric told Polly that he wanted to do something crazy, she immediately thought of a specific cave, and when he mentioned that Cammy loves mermaids, the ideas just escalated from there. "The cenote with the rays of light entering is the definition of an epic proposal location," Polly wrote on Del Sol Photography's website. "We walked into the jungle taking pictures and entered the amazing cave; it's so quiet and calm and has a really special atmosphere."

With two team members hiding in the shadows, Polly asked the couple to stand in the rays of light and pause. "It genuinely was one of those moments where time stands still, where the air hangs heavy with anticipation," Polly wrote.

After Eric proposed in the cave, he shared that there was a second part to his proposal which involved going underwater in a custom mermaid ensemble. "The final touch was the Ring Pop that Eric brought with him for the mermaid proposal," Polly wrote. "We needed a big Disney-princess-style ring prop that would show up well in the underwater proposal photos."

Even though the Ring Pop was slightly melted and continued to shrink underwater, the final photos are nothing short of incredible. "Of course every little girl dreams of being a princess, but my favorite was always Ariel," Cammy shared on Polly's website. "Of course she ends up marrying her prince — Eric! How perfect is that!"

Check out that fairy-tale-worthy photos ahead! 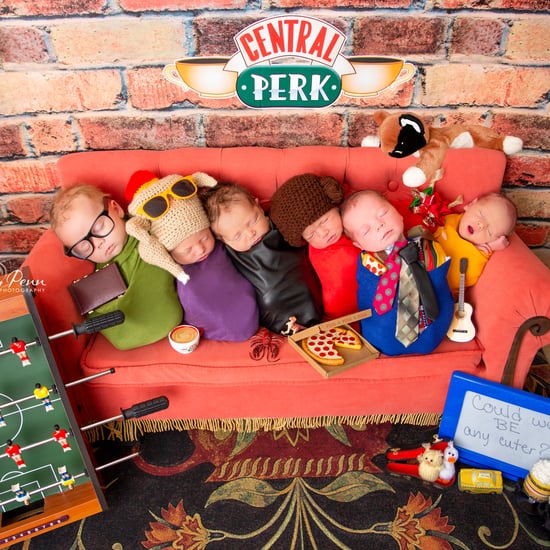 Babies
I Can't Get Over How Insanely Detailed This Starbucks Newborn Shoot Is; Just Look at the Chip Bags!
by Murphy Moroney 4 days ago

Fashion News
In Beautiful News, Brandon Maxwell Is Gifting Wedding Dresses to Brides in Need
by Nikita Ramsinghani 4 days ago