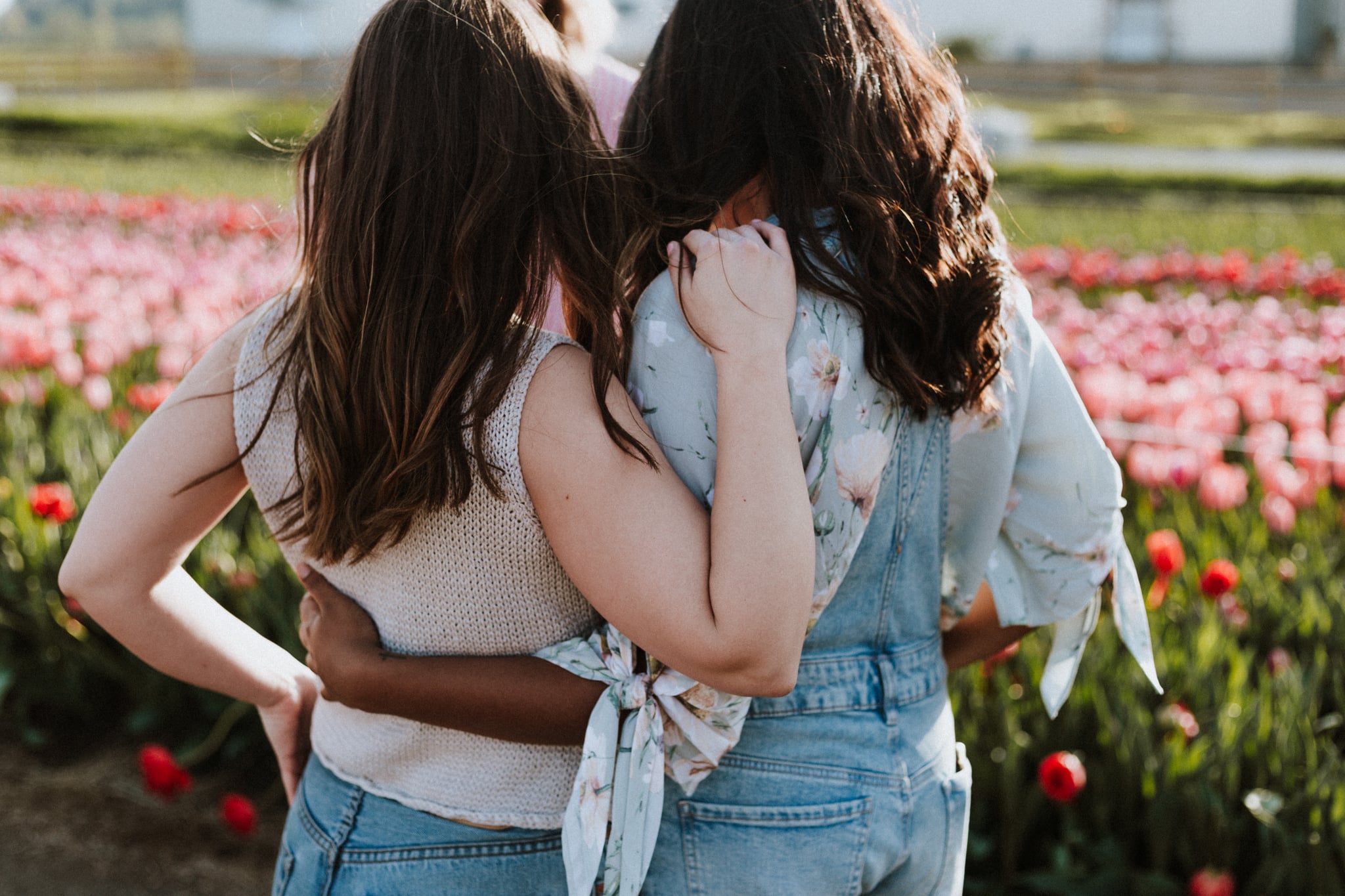 Shortly after college, one of my closest friends and I drifted apart. I saw it coming even before we graduated. I was still wild, rebellious, and immature. My friend, on the other hand, was born with her sh*t together. She already had a job lined up, was ready to move out on her own, and had seemed to instantly become a real-life adult, which, up until that point, I had only associated with my parents. After we both walked across that stage and received our diplomas, I sprinted back to the bar and she walked calmly into adulthood. Our friendship quietly faded.

Life was far too short to not get over our differences and be there for each other. Mending our broken friendship was worth it.

It wasn't like we completely stopped talking. We had turned into acquaintances, catching up maybe once a year. But then a sudden tragedy brought us back together again. A male friend of ours from college died in a freak skateboarding accident. She heard the news and reached out to me immediately, and the second we spoke, we knew we had to be back in each other's lives again. Life was far too short to not get over our differences and be there for each other. Mending our broken friendship was worth it.

Related:
I Wish My Best Friend and I Had a Proper Breakup; Instead, She Ghosted Me

So, we made a pact. Not only did we want to keep in touch more, but we wanted to become genuinely good friends again — ones that talked about anything and everything. And since we lived a couple of hours apart, we knew that was going to take a lot of time and effort. But we quickly fell into our own rhythm. We'd take turns traveling to each other's towns on weekends and got to know each other again. We'd reminisce about the old times in college and the years we'd missed out on, too. We also chatted on the phone as often as we could. And because we were once such good friends (and roommates!), falling back into it felt easy and natural. It was like riding a bike.

While there was some lingering hurt over the end of our friendship, we were always honest with each other about it. And instead of harping too much on the past, we were committed to looking toward the future.

Related:
The Ultimate Best Friends Bucket List — Cross These Off With Your BFF!

We ended up being in each other's weddings and both got pregnant with our children around the same time, too. The years apart didn't hold us back from being even better friends. I'm grateful that my friend was willing to put in as much effort as I was by meeting me halfway there — literally. We both admitted our faults but then quickly moved passed them. We both understood, without a doubt, that life is too short to not reach out to those who mean something to you. And she means a hell of a lot to me.

Kamala Harris
As a Mom, Having Another Mom in the White House Means So Much
by Jacqueline Hernandez Lewis 2 days ago