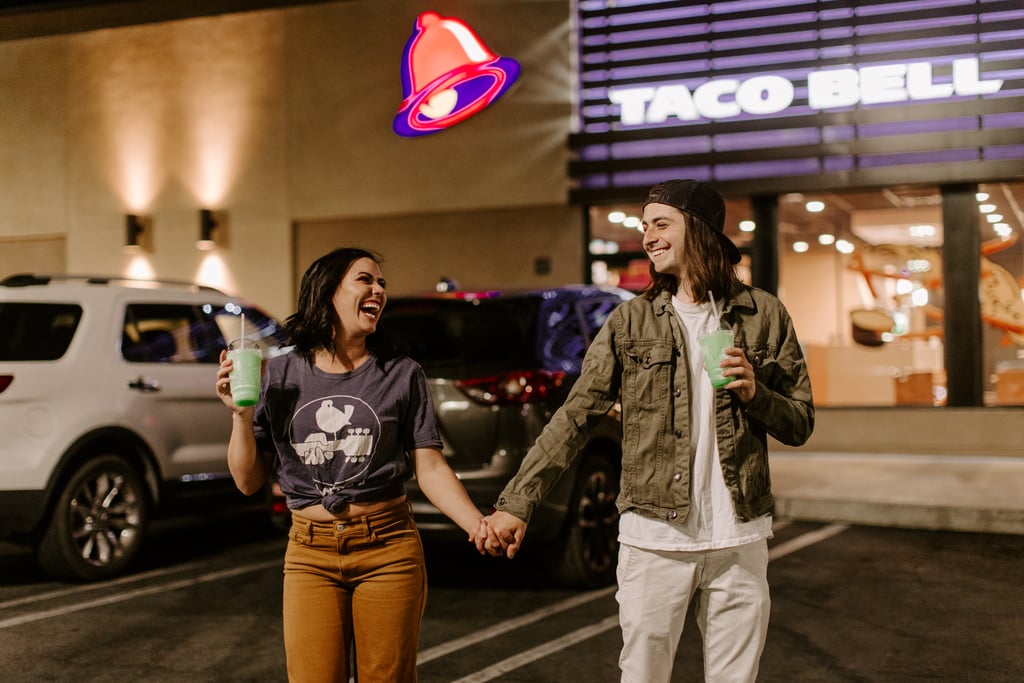 Ah, Taco Bell. The exclusive home of wild (but delicious) creations like the Crunchwrap Supreme, the Doritos Locos taco, and the Baja Blast Freeze. Honestly, there's not much to not love about the restaurant — especially if you're this couple, who apparently loves Taco Bell so much that they decided to stage a few of their engagement photos there.

Haley and Scott, a newly engaged couple from California, came up with the idea spur of the moment while they were out taking their engagement photos in Joshua Tree. According to photographer Brianna Broyles, the bride-to-be is obsessed with Taco Bell and briefly mentioned during their shoot that it was one of the couple's favorite restaurants — so it was only right that they head there next. While there, Haley and Scott got some photos of themselves having a romantic dinner with some of their favorite menu items while, of course, getting some shots outside of the restaurant as well. See the magic they made in the photos ahead.

Related:
This Couple Took Sweet Engagement Photos at Publix — Yes, Where Shopping Is a Pleasure
Previous Next Start Slideshow
Taco BellWeddingReal WeddingsEngagement
Around The Web

Healthy Living
When I Finally Have a Wedding After COVID-19, I'm Not Going to Care How Much I Weigh
by Dyana Goldman 3 days ago

Wedding
After Their Big Wedding Was Canceled Due to COVID-19, This Couple Celebrated Their Love Sweetly and Safely
by Zara Patel 3 days ago 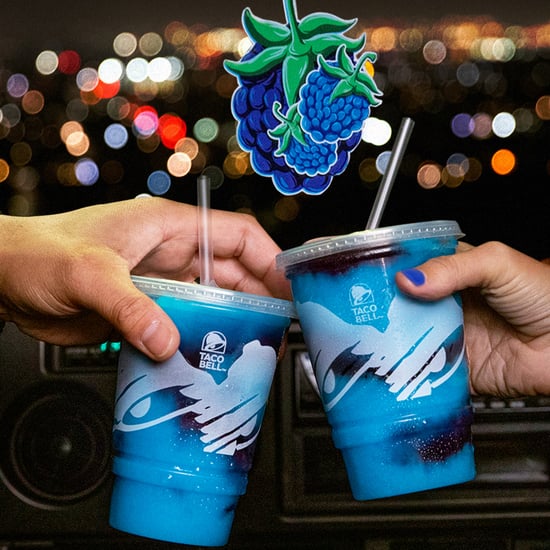 Relationships
Love These Days: A Look at What It Means to Be in Love Right Now
by Maya Berry 1 week ago

Holiday
From a Champagne Wall to Live Reindeer, This Rustic Christmas Wedding Is Pure Magic
by Haley Lyndes 3 weeks ago