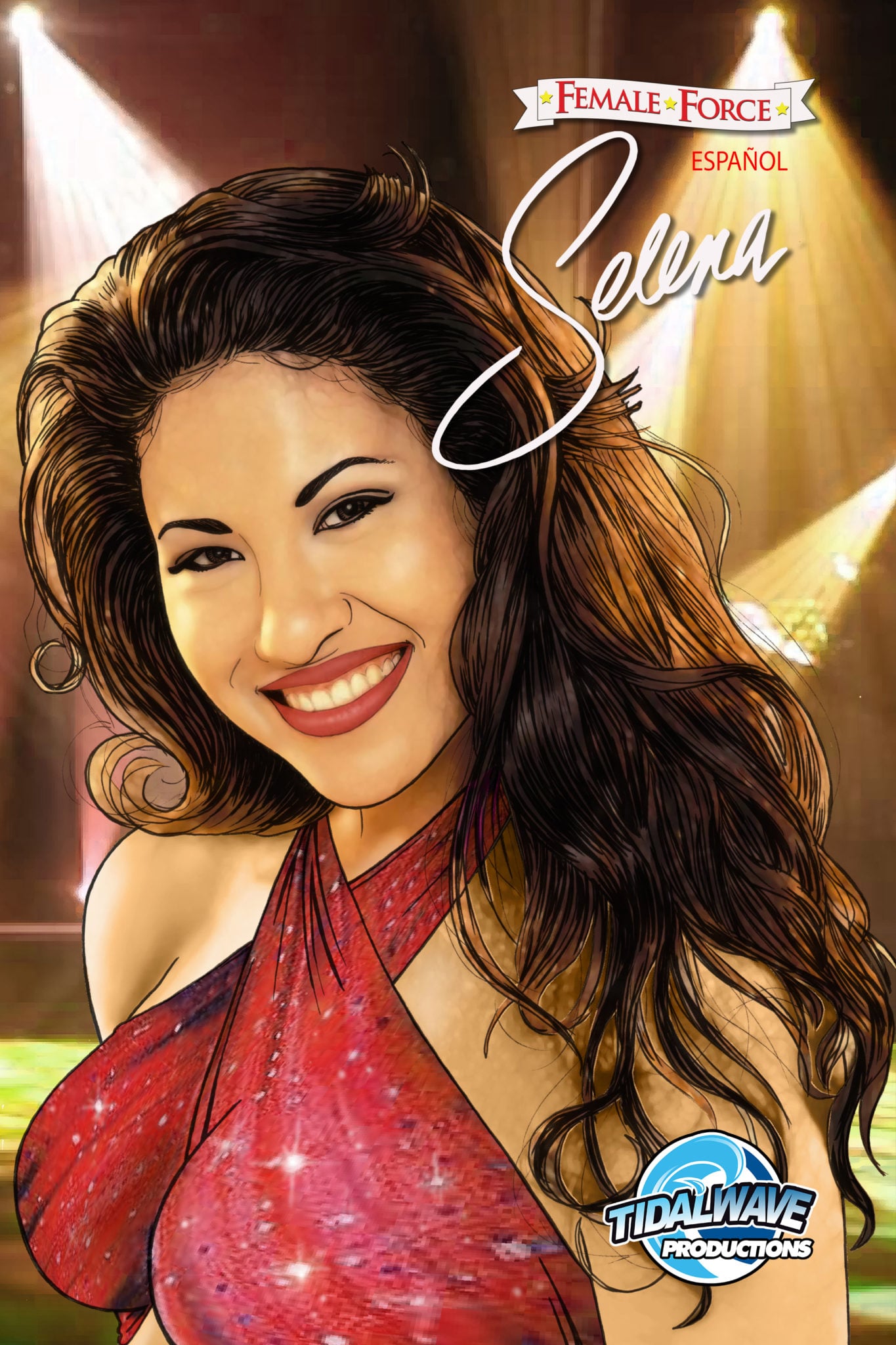 You waited (virtually) in line to buy every single item in MAC's Selena Quintanilla collection, you've watched the Netflix show and the movie Selena more times than you can recall, and your friends are tired of your "Como la Flor" infinite loop whenever you go through a breakup. If this is you, you'll be happy to know there is a comic book based on our favorite Tejano superstar coming out soon.

The comic, which will be released on Aug. 11, 2021, is part of TidalWave Comics's Female Force series, which includes titles dedicated to icons like Dolly Parton, Michelle Obama, and Gloria Steinem. Written by Michael Frizell with illustrations from Joe Paradise, the 22-page homage to the singer will be available digitally and in print, and in Spanish too! This will mark the first time the publisher releases a Spanish version of one of its books.

"So much has been said about Selena. I wanted to tell her story while bringing something new to it," Frizell said, according to Reuters. "I hope the readers — and her fans — enjoy what we've put together."

Selena Quintanilla will also be the first Latinx icon to star in the series focused on iconic trailblazers, politicians, and change-makers. "We believe that it is important for readers to have inspiring role models, to learn about extraordinary individuals that have overcome challenges to make a difference in the world," the publisher said in a statement. And extraordinary she was!

You can preorder Female Force: Selena ($7 for paperback, $20 for hardcover) in Spanish or English on Amazon. Netflix
Fun Fact: Selena Quintanilla's Iconic "Dreaming of You" Was Originally Written For Someone Else
by Monica Sisavat 5/06