With another year of Carnival coming to an end, São Paulo's celebrations saw a very important move toward inclusion: Camila Prins, a professional dancer for over 20 years, became the first trans woman to be handpicked as the "godmother" of a top samba school's drum section in either of the Carnival celebrations in São Paulo or Rio de Janeiro.

Her role was to dance infectiously for 65 minutes in front of the Colorado do Brás drummers while the judges assessed the samba school's parade. This is a coveted position, as dozens of models and celebrities fight for the chance to be a madrinha. Camila rose to the occasion in a beautiful black, silver, and purple two-piece outfit, complete with an intricate headpiece, gladiator-style strappy heels, and, obviously, feathers. Lots of feathers.

"I'm very excited because this shows we can be anywhere," Camila said in an interview. "We can be godmother of the drummers, we can be owners of a samba school. Soon they will see many other transgender girls, who will find it easier than I did."

This was a bold yet much-needed move from the school, considering Brazil ranks as the country with the most murders of trans people in the world, according to the latest report from Transgender Europe (TGEU), an organization that monitors violence against trans people around the world based on data collected by the media.

Between Oct. 1, 2018, and Sept. 30, 2019, there were 331 reported killings of trans and gender-diverse people, with 130 of those occurring in Brazil. Twenty-one took place in São Paulo, where Camila led Colorado do Brás's parade.

Camila, who lives in Switzerland with her husband, said her friends were worried for her safety, but she planned to samba on. She relied on her penetrating brown eyes, her long blond hair, her strong legs, her kickass body (let's be honest, she looks amazing!), and her infectious smile to rally the crowd and win extra points from the judges.

"I feel so blessed this is happening. I came here to hold my banner and dance samba to the face of prejudice, for all the LGBT community," Camila said. "Trans girls, I am sure your day will come, too. I am just the first, many more of you will follow." 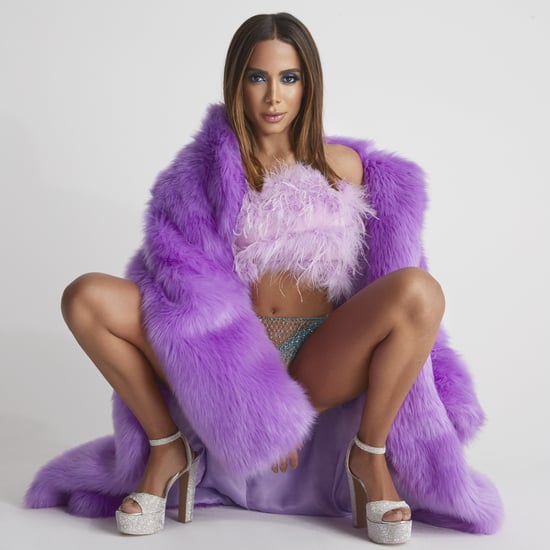 Music
Anitta Is Finally Making Her US Debut, and Yes, We're Ready!
by Maria G. Valdez 6/23

Personal Essay
I Can Barely Roll My Rs, but That Doesn't Make Me Any Less Latina
by Tavi Juarez 4/22