Matthew McConaughey teamed up with boxing champion Saúl "Canelo" Álvarez and impressed his Hispanic fans with his Spanish skills in a PSA encouraging everyone to wear masks while outside. "Please, if you must leave home, be sure to wear a mask, please!" he said in Spanish before handing the reins over to his boxer friend.

"Hello friends, your friend Saúl 'Canelo' Álvarez here, just to remind you that we're in a big fight against the coronavirus, and we need to beat it together," Canelo said in Spanish. "How? Staying at home as much as possible, and if you must leave, wear a mask or bandana." At the end of the PSA, the actor and the boxer said in unison in Spanish: "When we all wear one, we all protect each other."

The message was followed by a virtual interview on Telemundo's Un Nuevo Día, where Matthew revealed he learned a little Spanish and was able to pick up some words and phrases from listening to his brother's Mexican friends.

When asked what motivated him to send this message in Spanish, Matthew said he had already created a campaign in English through his nonprofit, the Just Keep Livin Foundation. After seeing this campaign, the mayor of Austin, TX — where Matthew lives — notified him they were having trouble getting the message across to the Hispanic community there.

Matthew did some research and found that the Spanish-speaking community overall in the United States wasn't getting the message to wear masks. This inspired him to call up Canelo, because he knew he was a voice people would listen to.

Canelo added that he's always happy to help in any way he can, especially with a situation as serious as this. He encouraged everyone to listen to authorities, reminding viewers that this is a real situation and we all need to protect each other.

Nostalgia
Kate Hudson Is Selling Love Ferns For Valentine's Day, and It's the 2021 Version of "Frost Yourself!"
by Emily Weaver 1/27 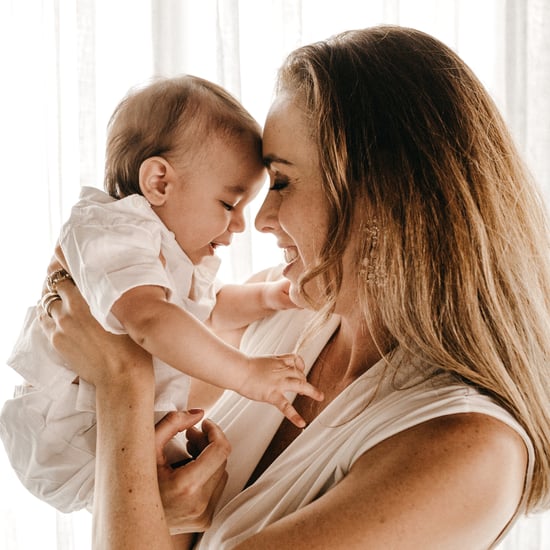 Baby Names
Ramón, Mariela, Eva, and 98 Other Baby Names That Sound Beautiful in Spanish and English
by Alessia Santoro 11/02/20

Celebrity Families
The 3 Things Kids Can't Do in Matthew McConaughey's House Are So Smart, You'll Want to Copy Him
by Kate Schweitzer 11/02/20