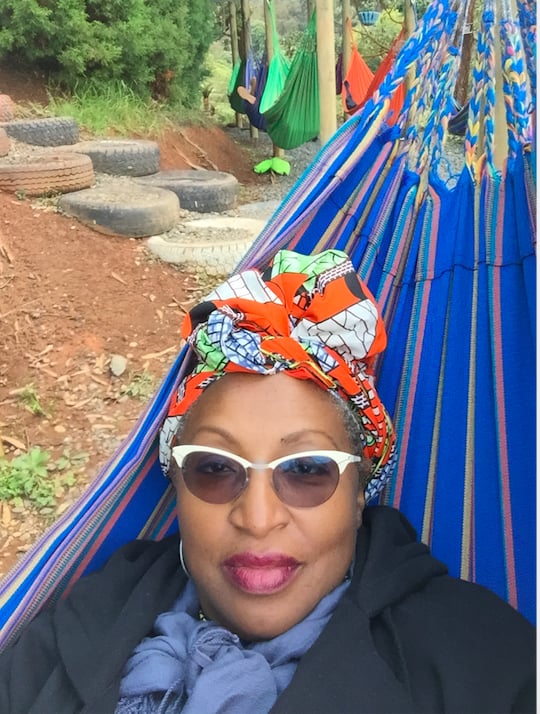 As a newly minted music label president, I was settling into my corner office on the 27th floor with the spectacular view of the Manhattan skyline when a man stuck his head in the door looking for Lisa Cortés. "That's me," I cheerfully replied. He glanced at me, surveyed the office, and then looking beyond my shoulder to the city, replied that I couldn't be her, "because she's a Spanish chick."

"And what does a Spanish woman look like?" I asked.

Looking back at this experience I realize how it only added fuel to my sense of self as an Afro-Latina, and gave urgency to my role as a storyteller to represent the beautiful and diverse faces of my community.

This is my story.

Related:
Undocumented and Unafraid: How Community Organizing Changed My Life

2: a woman or girl of Latin American origin with African ancestry living in the U.S.

My father was an Afro-Colombian born and raised in the Pacific region of Colombia and my mother was an US-born African American. Growing up, Ricky Ricardo and Charo defined for most Americans what a "Spanish" person looked like. But in my household, I experienced a world where African and Spanish cultures were not mutually exclusive. In our home there were equal portions of my mom's famous potato salad and my dad's bacalao. Celia Cruz and Dinah Washington albums sat in tandem on the turntable.

My parents were exceptional people. Hard working rebels who dreamed, fought and created lives beyond what was considered conventional. They had lived under the specter of racially motivated intimidation and discrimination and survived. And in their desire to fill my world with promise, I know that the stories they told of their youth were oftentimes redacted to spare me the indignities of their journey.

When I was 15, my father died, and my connection with my father's family and his patria quickly grew distant. My mom, in her wisdom, to bridge the gulf left by his death, encouraged me to learn Spanish and spend time with my father's brother, Tío Pedro. But I was an adventurous grieving teenage girl who eventually found inspiration and the connection to my father's family through my glamorous cousin, Yolanda, instead. Colombian born, she lived in New York, was a translator at the United Nations and while there led the Ad Hoc Group on Equal Rights For Women. We share a love of travel, red lipstick and martinis. And so after many years of her asking me to join her on a trip back home, I finally said yes.

After meeting scores of Corteses and eating tons of sancocho (I made the mistake of saying how much I loved it and then every family member I visited made it for me), I sat one day with my Tía Bertha, the keeper of our family's oral history. Through her I learned about my ancestor, Juan Maso, an enslaved man who was able to travel through the country selling tobacco and liquor. He joined Simón Bolivar as a messenger when he heard of the promise of freedom, ultimately rising to the rank of Captain.

Our African ancestors withstood the trials of enslavement, resisted the erasure of their humanity, and endowed us with their proud legacy. Like every Afro-Latina, I live with the knowledge of the great suffering my ancestors endured.

Luckily for me, I had the benefit of Tía Bertha's storytelling and learning about the significant contributions made by him and other Afro-Latinos. A history which is oftentimes left out of the narrative. As Professor Henry Louis Gates shared in his Black in Latin America series: "There were 11.2 million Africans that we can count who survived the Middle Passage and landed in the New World, and of that 11.2 million, only 450,000 came to the United States. All the rest went south of Miami as it were." Wherever they landed, our African ancestors withstood the trials of enslavement, resisted the erasure of their humanity, and endowed us with their proud legacy. Like every Afro-Latina, I live with the knowledge of the great suffering my ancestors endured. And like many of my sisters and brothers, I am called to honor my ancestors by confronting the white supremacy that endures throughout the Americas, still targeting our humanity, exploiting our labor, and refusing to grant us equality and justice. 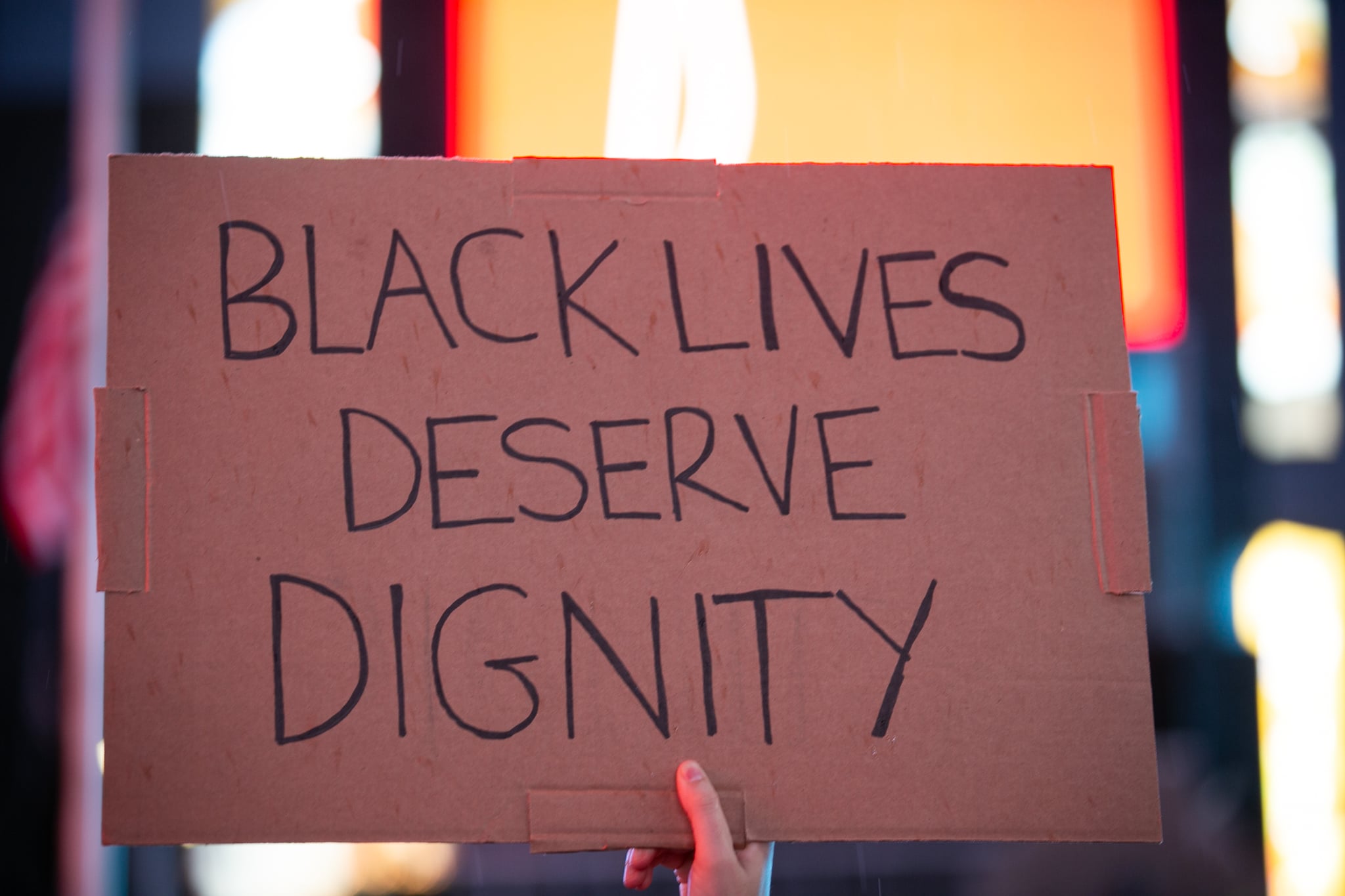 You don't need to know Spanish to understand these hashtags. This spring, we took to the streets not only in the US, but in Brazil, Colombia, and Costa Rica among other countries. The long reach of systemic racism, the killing of Black bodies by police and COVID-19 is not contained by language. Black Lives Matter has connected all of us as African descendants. It is not a movement that is new to us. Whatever our nationality, we have fought since the end of enslavement to become full citizens, and to claim the same political power our white neighbors take for granted. In the United States, much Black blood has been spilled in the fight for the vote. Yet this most basic right is still embattled, with states from North Dakota to Florida to South Carolina passing laws that limit or deny the vote to Black people, Latinx people, and Native Americans.

My personal voting rights journey began as a child, when my parents instilled in me an unyielding commitment to the struggle. Then, last year, I was invited to work on a documentary about the history of voter suppression targeting African Americans — a history as alive today as when John Lewis risked his life crossing the Edmund Pettus Bridge. The film, All In: The Fight For Democracy (which premieres September 18 on Amazon Prime) exposes the systemic disenfranchisement of Black people from Reconstruction-era terrorism and false imprisonment to the malfeasance in Georgia that prevented Stacey Abrams from becoming governor despite the will of the voters.

I have not always understood how to navigate the intersection of being Black and Latina, because for me they are so intimately connected, even as the outside world may be puzzled and confused by my name and the color of my skin.

As we prepare for the November elections, it's most important that we educate ourselves about the various tactics of voter suppression targeted directly at our communities. With 32 million eligible Latinx voters and 30 million eligible Black voters, the potential for change is vast, but so is the wall of opposition to a democracy that truly reflects our glorious mosaic of beliefs, cultures, and talents. If you're not registered to vote, register today! If you can possibly vote in person, plan to do so, and if you can't, send in your absentee ballot as early as possible. Remember: this democracy was structured to exclude us. Our vote is an act of defiance and a symbol of hope and commitment to a better future.

My identity is complex. I have not always understood how to navigate the intersection of being Black and Latina, because for me they are so intimately connected, even as the outside world may be puzzled and confused by my name and the color of my skin. What I know is that these identities do not inhabit distant shores. I see them living before my eyes on the beautifully multiethnic streets of Harlem, and I know with my whole heart that they belong in the halls of power, where decisions about all our precious lives are made. My identities are united in a history of struggle; they propel me to activism and art, to making visible the legacies that shape my history and my vision. This election more than ever, my Afro-Latina self feels whole and strong, powered by the voices of the Black Lives Matter movement, the persistence of my sisters and brothers in the streets, my Tía Bertha's stories, and the certainty that the gifts we bear as Afro-Latinx people are a light to all Americans who care about justice and freedom.

Identity
Why Do Latinx Shows Keep Getting Canceled?
by Johanna Ferreira 17 hours ago

Personal Essay
As a Black Fashion Editor, I Have People Like André Leon Talley to Thank For My Dreams
by Shelcy Joseph 18 hours ago