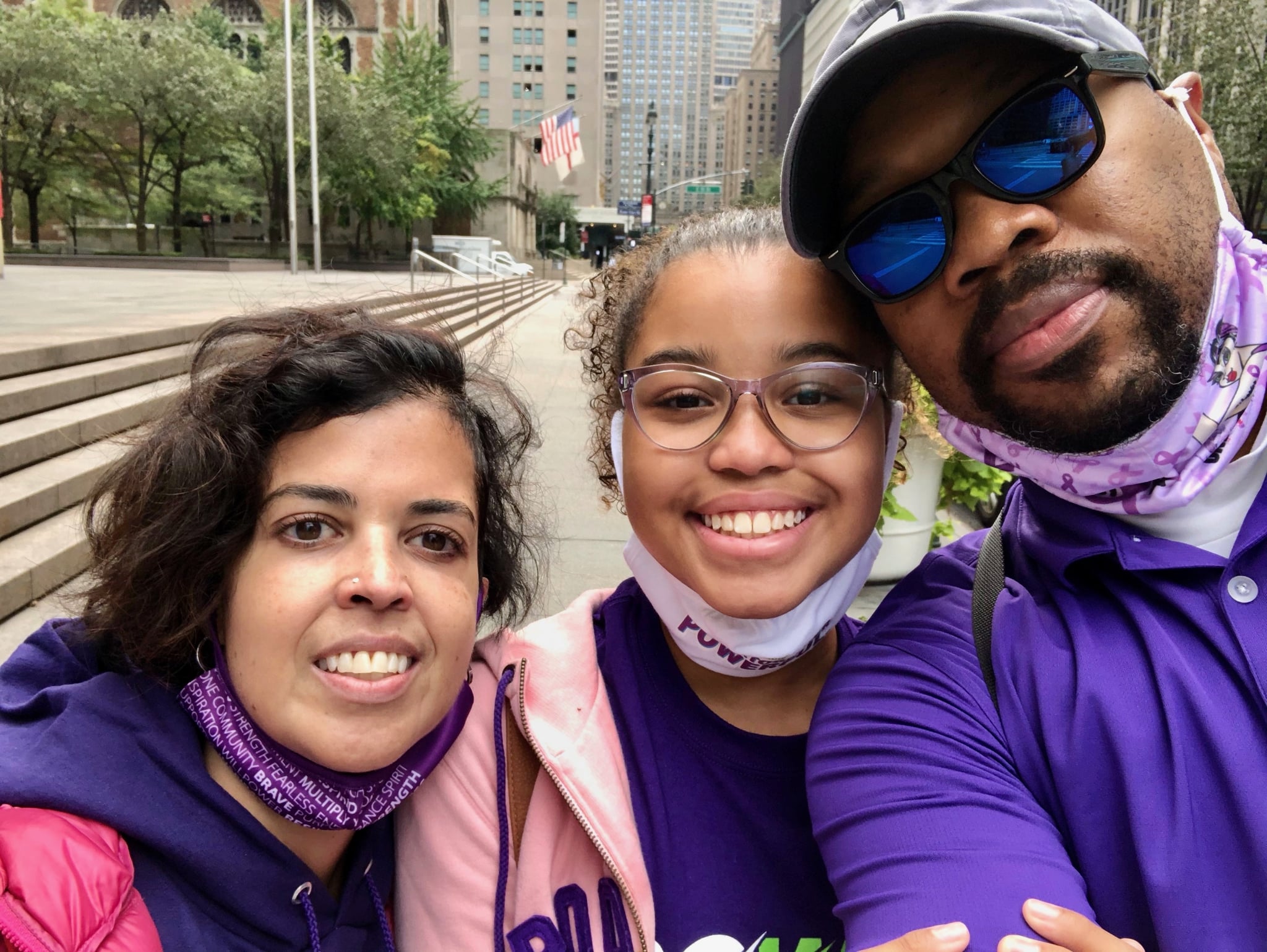 Olga Lucia Torres with her daughter and husband.

In the hit TV show Jane the Virgin, the American adaptation of a telenovela, Jane is expected to remain celibate until she finds her perfect man and marries. I received similar directives growing up, except my chastity wasn't as important to my family. It was essential to find a husband.

When I was in elementary school, my Colombian mami, Ana, said, "Be on the lookout for a potential good boyfriend." My abuela Olga, whom I was named after, would add, "Good suitors can be molded into good husbands." I stared blankly at them as they spoke and then performed endless wedding ceremonies on my Barbies.

"Honey, I'm not sure if you're dating, but even when you don't plan on getting pregnant, it can happen," my Puerto Rican papi, Tony, told me when I was in junior high school. "The guy should be there for you, but if he's not, I'll be here for you. Whatever you decide to do," he would say with a Schaefer beer in his hand.

"Yup, thanks," I replied, appalled that my papi thought I might be having sex in junior high school. I changed the subject to baseball, his favorite topic.

By sixth grade, my mami and abuela worried that I preferred pants to skirts and hadn't dated anyone (the scandal). My closest friends all had boyfriends. Mami pushed me to do well in school, but she also wanted me to be popular. Then I met a cute boy named Herman who asked me to be his girlfriend. I told him I had to ask my mami first. "Where is he from, and is he a good student?" she asked.

"Colombia, and not really," I replied. She gave me permission to date him because he was from her home country. It didn't last long, since he only wanted to make out in the stairwell. I enjoyed the kissing but couldn't be late for my classes. I was a straight-A student.

Related:
Ask Yourself These Questions Before Introducing Your +1 to La Familia

Even though both of them had their respective children out of wedlock, my mami and abuela were raised Catholic. My abuela never even married. Mami did eventually marry, more than once, but never to my papi. Gotta love those Catholic values.

Despite the mixed messages at home, my curiosity about tying the knot didn't pique until college. That's when my friends started talking about diplomas and rings. I lost my abuela my junior year of college, making me long for my own nuclear family. The more I thought about it, the more I wanted a stable household with one partner who didn't change with the seasons.

Once I finished law school and passed the New York bar, I reentered the dating scene. By then, any guy who took me out had to go through the Salazar women's test — was he already, or could he become, husband material? This test never worked; it didn't allow me to be present with the guys I was dating. I gave up and did not doubt that I would end up cohabitating with no vows. That was the model I was used to from the women I looked up to.

Two years later, Mami fell ill with blood cancer. As an only child, I was her sole caretaker. Two years after that, I met a great guy at my godsister's New Year's Eve party in Atlanta. He stood out as the sole Black person in a party of all white people and six Colombians. It seemed like the beginning of a bad joke. He was a tall, handsome man who worked in customer service. After a year of long distance, he moved to New York to make the relationship work. Just as things were going great, I suffered a devastating brain injury. During my six-year recovery, he bathed me and took care of me while also helping care for my mami. Unfortunately, we lost her when I was 31. A year later, Alzheimer's took my papi. 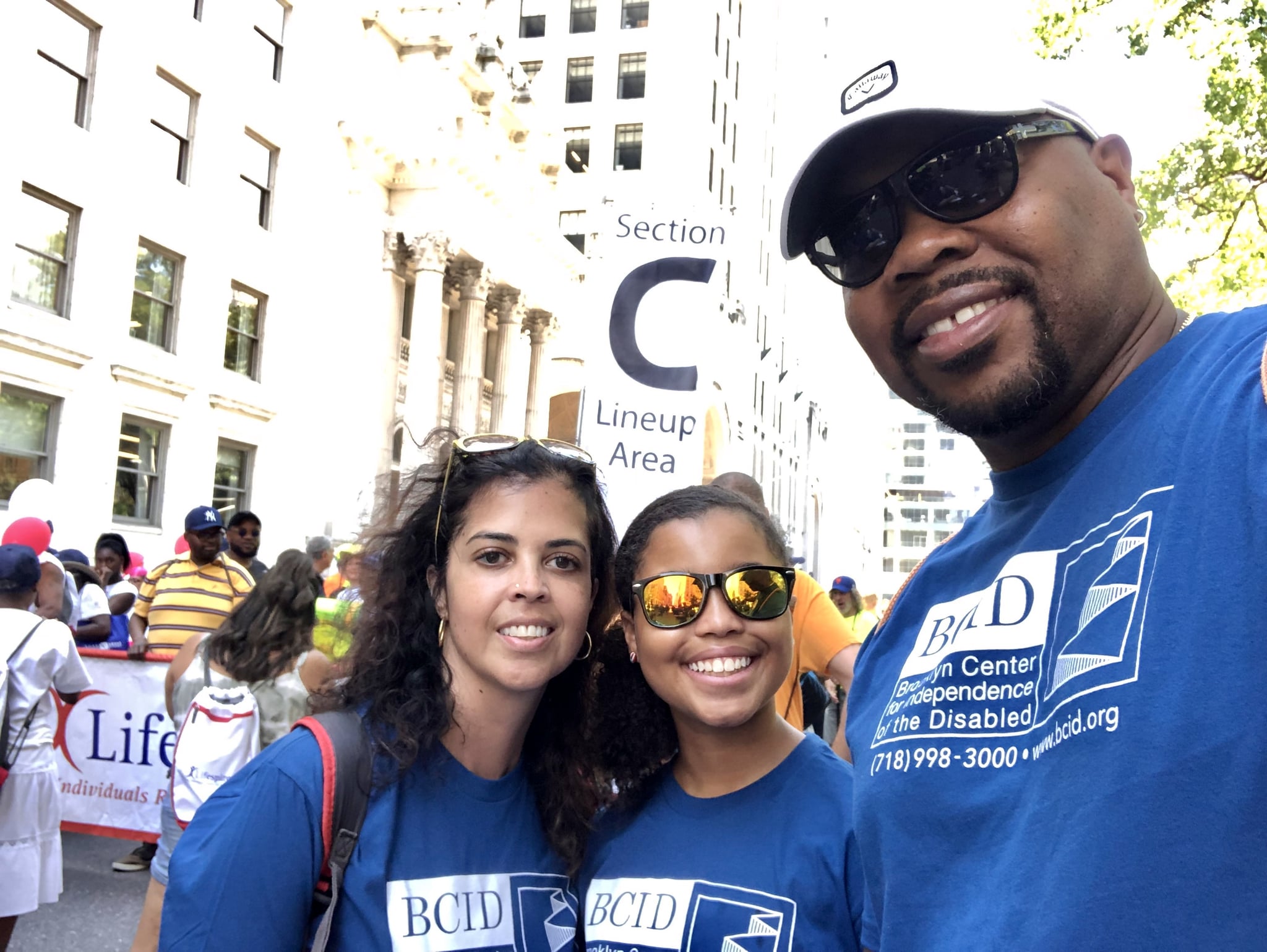 Despite their palpable absence, we still had a lot for which to be grateful. Finally, I understood what my mami, abuela, and papi had wanted for me — someone who loved me unconditionally. I got a white-ish dress from Macy's Backstage for $300 (unlike Jane, I hadn't waited until my wedding). We had a large reception surrounded by family, friends, and many of my physicians.

Then a miracle happened. Despite the doctors' predictions about my poor health and fertility problems, my husband and I had a daughter. I was careful how I spoke to her about partners and matrimony. When she asked why one of my good friends wasn't married, I told her some people choose not to, which is OK. We took her to my college friend's wedding to her long-term girlfriend to show her how love has many different faces.

Sometimes, I mess up. My daughter just turned 13, and I love that she corrects me when I say old-fashioned things. Three years ago, she wanted to know how a couple pick their child's name. I responded, "Well, the wife and husband . . . " and my daughter cut me off.

"Mami, you're being heteronormative," she used the term she learned at school. "It could be a husband and a husband or a wife and a wife."

I'm doing my best not to teach my daughter antiquated messages. She's growing up in a different environment and learning progressive values. I get to learn from her. I never talk to her about finding a husband or a wife. Instead, I model love through the way I am with her father, a kind, devoted man I was so lucky to find. And unlike poor Jane, my husband and I have been going strong for over 21 years. We do have much of the telenovela drama. But what is life without some love and bochinche?

Simone Biles
As a Parent, Here's the Only Response I Have About Simone Biles Walking Away
by Kate Schweitzer 1 day ago

Simone Biles
No, Simone Biles and the US Gymnastics Team Didn't "Settle" For Silver — They Won It
by Maggie Ryan 3 days ago

Gossip Girl
The Gossip Girl Reboot Has a More Diverse Cast, but It Still Lacks Representation
by Charlene Masona 3 days ago