Diary of a Future President is wrapping up its first season on March 20. Told using the narration of 12-year-old Cuban-American Elena's (Tess Romero) diary, the show follows her journey through the ups and downs of middle school, which set her on the path to becoming the president of the United States. As her last day of middle school approaches, Elena reflects on the year's challenges and gets hopeful for an upcoming year full of possibilities.

As she writes on her diary, we flashforward to her adult version — played by Gina Rodriguez, who is also an executive producer of the show — sitting down in the Oval Office as the president of the United States, and addressing the nation with an inspiring speech that feels very fitting at the moment.

After acknowledging that in the past Latinx wouldn't have dreamed of becoming the president of the United States, she assured her presence proved that those days are over. She then went to say really uplifting words that can be applied to the times we're living right now.

"Our nation is entering a new era, and as we move forward, I continue to be invigorated by the strength of our diversity, the spirit of our ingenuity, and the unstoppable power of our optimism," Elena said. "Every challenge we face, we face together, every step forward we take, we take together, and we are just getting started."

You can watch this episode — and the whole series — on Disney+ on March 20.

Disney
This Artist Reimagined NBA Logos With Disney Characters, and Can We Make These Official?
by Maggie Ryan 2 days ago

Nostalgia
Pyrex Just Released a Retro Mickey Mouse Collection, and, Well, It Sold Out Within a Day
by Kelsey Garcia 46 minutes ago 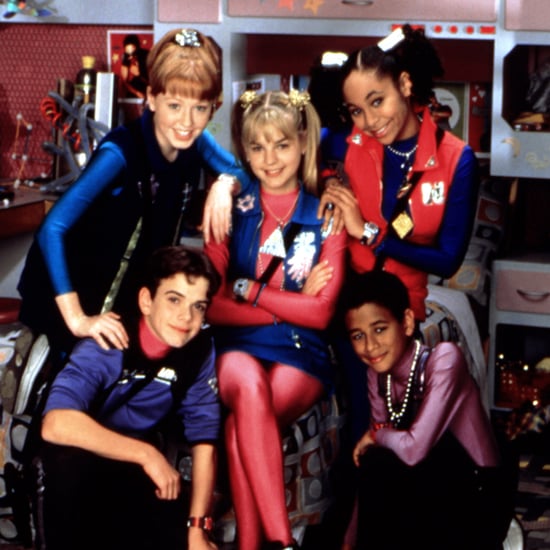 Nostalgia
The Cast of Zenon Reunited 21 Years Later, and It Was Lunarious Major!
by Kelsie Gibson 1 week ago

by Brea Cubit 6 minutes ago