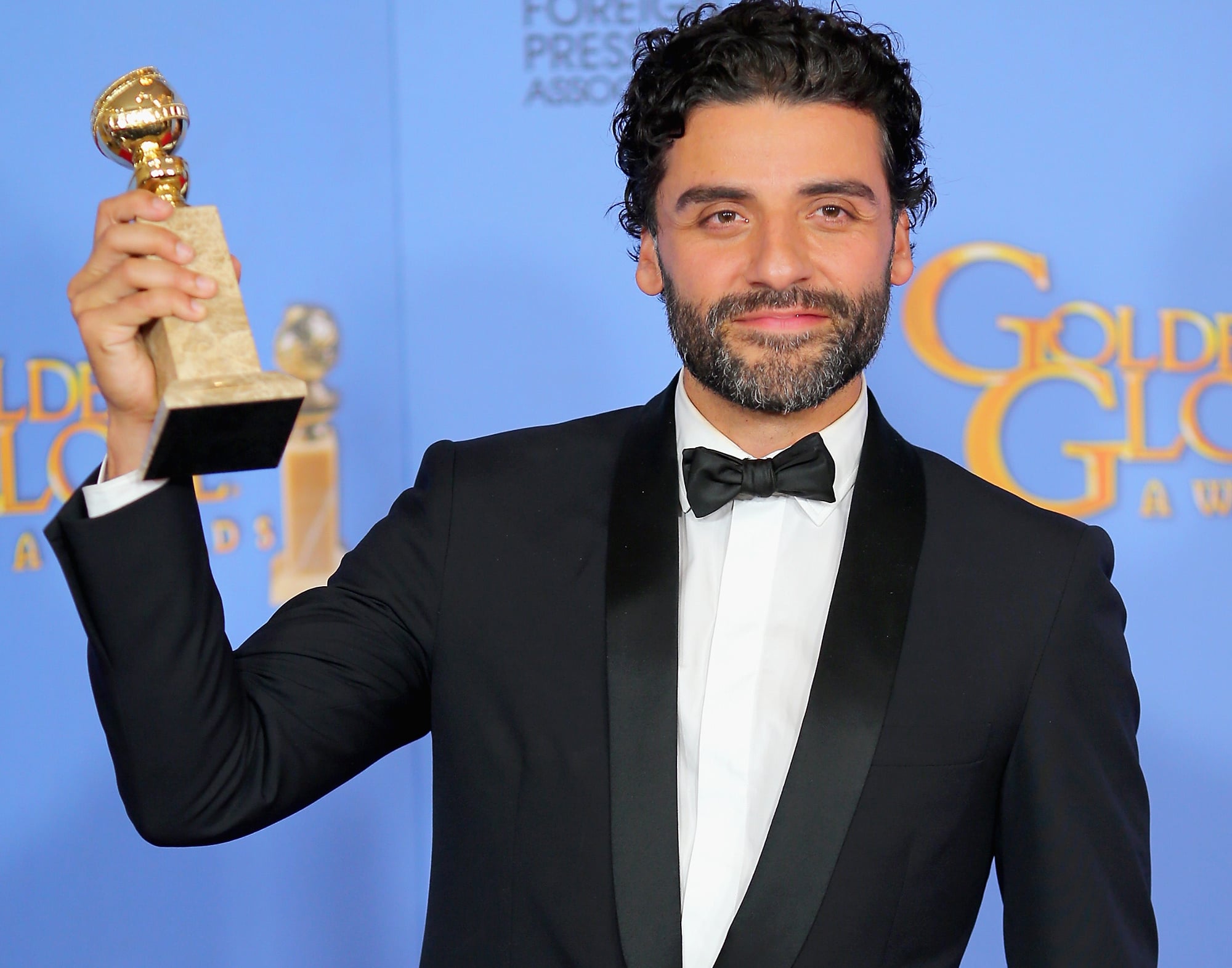 Oscar Isaac addressed an important Latino issue at the Golden Globe Awards. The Guatemalan-born actor got super candid about the lack of diversity in the entertainment industry after accepting his award for best actor in a miniseries or TV film for HBO's Show Me a Hero. Though Latinos did, indeed, sweep the Globes, Oscar was quick to clarify that we're still not where we need to be, saying:

"[A lack of diversity in Hollywood] is still happening. There's not a lot of us. And it's difficult for people who [don't look like] the status quo in this country to get great roles. And it's happening a little bit more, and I feel humbled, honored, and blessed to have the opportunity to do that. And hopefully, that'll happen more — the people that cast films and TV shows, hopefully they'll be able to see past their limited ideas of what ethnicity is."

Watch the video of his response below, then see the hilarious way Eva Longoria and America Ferrera called out a similar issue on stage.

Celebrity Quotes
Vanessa Bryant on Coping With the Loss of Kobe and Gigi: "This Pain Is Unimaginable"
by Monica Sisavat 3 days ago

Celebrity Homes
Come On In! These Are the Best Celebrity Home Backgrounds From the Golden Globes
by Lauren Harano 4 days ago

Little Kids
This TikTok Creator Has 74 Videos Quizzing Preschoolers, and Every Single One Is Gold
by Kelsey Garcia 5 days ago