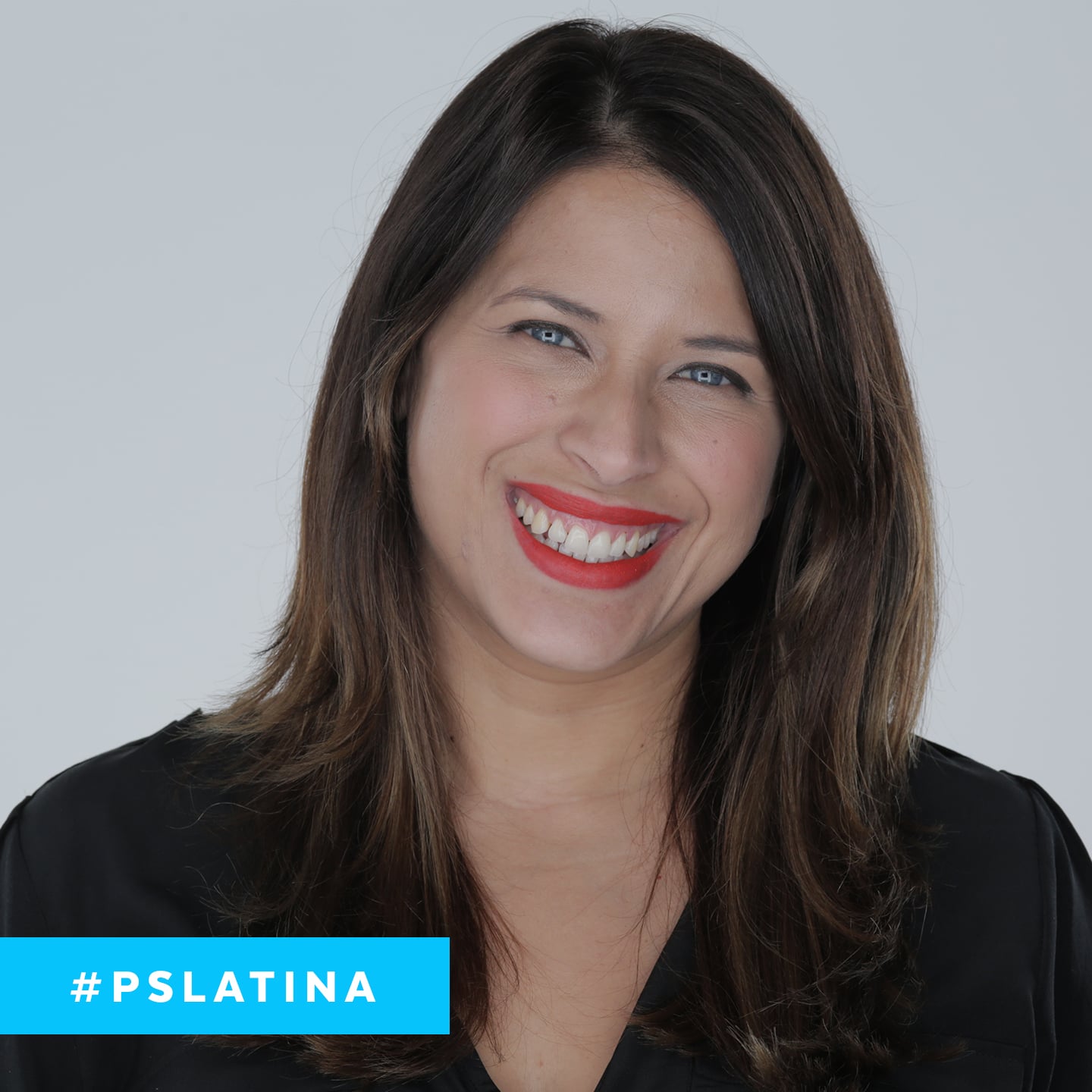 Shannon Vestal Robson is a content director at POPSUGAR.

"Political correctness is ruining this country," my seatmate at a beautiful wedding reception declared to me. It was August of 2016, and I was in my Southern California hometown of Ventura. I was chatting with another wedding guest when she said that, and in a year when these comments were de rigueur on many a Facebook page, I bit. Things were still civilized four months before the election (or so I thought), and thus, I assumed I was merely engaging in interesting discourse with a person who thought a little differently than me.

I won't repeat exactly what she said here, but she was upset that it was now unacceptable to use outdated terms for certain ethnicities, which she implied was somehow unfair — i.e., "ruining this country." I tried to diplomatically explain the importance of language and nomenclature, especially as it pertained to all forms of identity. I even tried giving her a personal example (which touched on how "political correctness" had improved things) by telling her about my white friends in high school in the '90s still thinking it was OK to call people "beaner" in front of me, a half-Mexican person.

I summoned up a composure I haven't seen again on myself since the last presidential election and tried to explain why that word was offensive to me. Yes, I tried to explain to a person who had just told me it was OK to use a racial slur why it was offensive. Not long after that, my tablemate huffed away, telling me she was angry because she hadn't wanted to talk about "politics." I offered an apology for offending her as she walked away. Yes, I apologized for offending a person who had just told me to my face that it was "still" OK to use the word "beaner."

I spent a lot of time after that incident being angry that I didn't get angry. Wondering why I didn't put her in her place, not fiercely representing my side in the same year that the Republican candidate pledged to build a wall to keep people like my family out. I thought I'd let down my late grandparents — Mexican immigrants. Then, I realized that, leaving aside the fact that I was at a wedding where I didn't want to make a scene, my grandparents would not have been disappointed with my behavior. They would have understood. 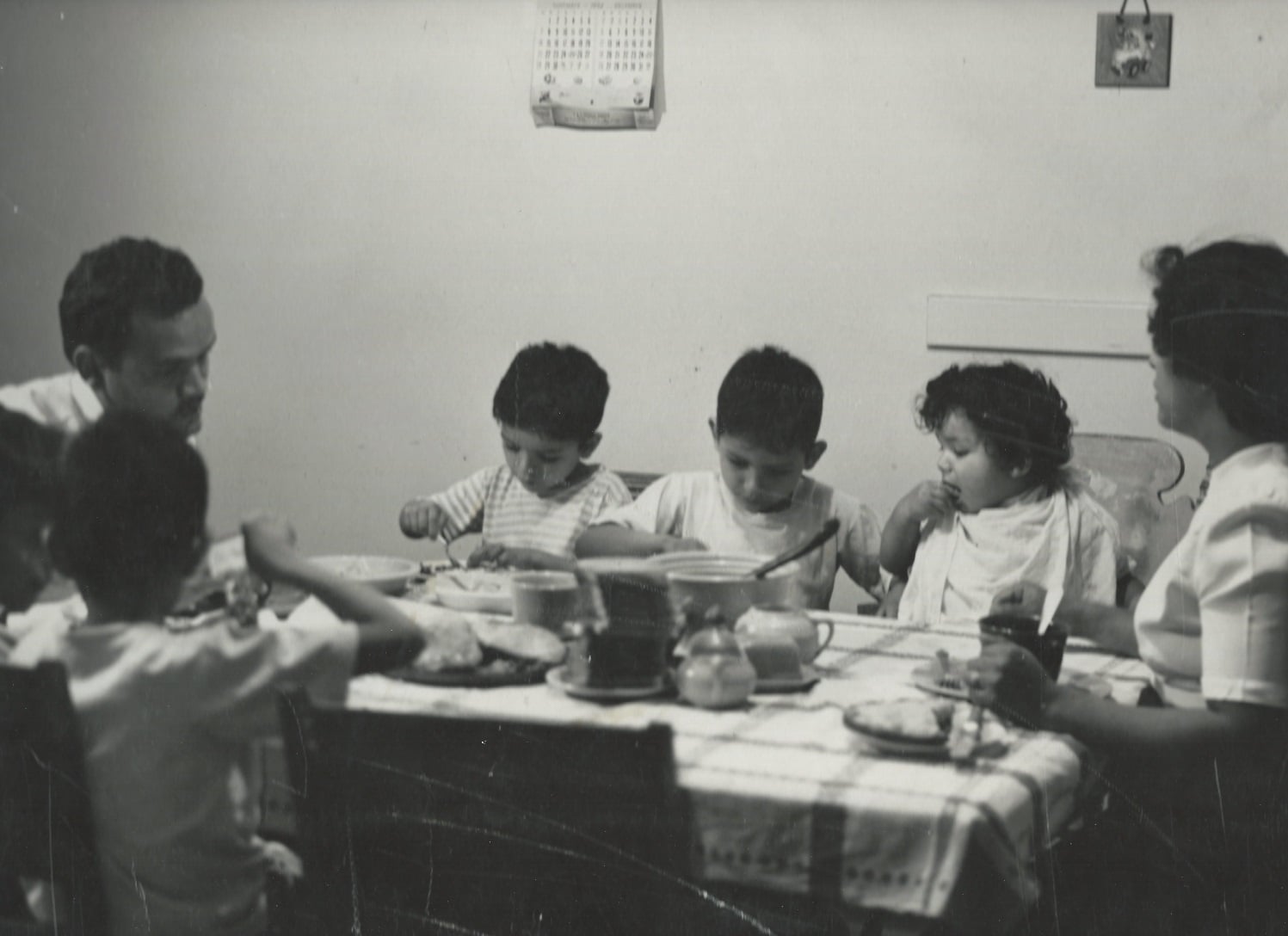 My grandparents and their young family in 1940s Los Angeles

My maternal grandfather, Arthur Ramirez, immigrated to the US from Guadalajara in the 1920s, meeting my grandmother, from El Paso, TX, in East Los Angeles. They had nine children, including my mom, the only girl. Growing up in LA, my grandmother was punished for speaking Spanish in school and made fun of by her classmates for not speaking perfect English and bringing burritos for lunch. In 1952, my grandparents sought to take their family away from the oppressiveness of East LA to a town 60 miles north called Oxnard — not that Mexicans were wholly accepted there either.

My mom recalls being a fourth grader in private school in the 1960s when another girl came up to her. "I'll never forget it," she told me. "You're not like the other Mexican girls," the other girl told her. When my mom asked why, the girl explained that the other Mexicans were in gangs and had "razor blades in their hair." My mom's hair — which lacked razor blades and was worn straight to mimic the glamorous, Caucasian surfer-girl look of the time — wasn't the only thing that made her different.

She and her siblings didn't speak Spanish. Odd, considering not only did my grandparents speak Spanish to each other at home, but my grandfather was also a high-school Spanish teacher. I asked about this irony. "It was the American way," my mom explained. It was just understood, "Like the way my dad had to have a camper and take the family to Disneyland every Summer." Indeed, it's clear that my grandparents learned the secret of "How to Be an American": assimilation.

My grandparents didn't bemoan their kids' lack of knowledge of their mother tongue. That was the way it had to be.

My grandparents didn't bemoan their kids' lack of knowledge of their mother tongue. That was the way it had to be. My grandparents seemed determined to do things differently for their family. As the oldest girl, my grandma had been forced to cook and clean and serve her brothers as soon as she could reach the counter. Faced with her own, only daughter, my grandma all but banned my mom from the kitchen. We joke that it would have been nice if my mom had learned some of her recipes, but the important and unconsciously subversive act by my grandmother still echoes into the following generations of women in our family.

The assimilation continued with the marriages of my mom and her siblings. Of the nine children, every Ramirez married a Caucasian person. Asked if her parents ever disapproved of the race of one of her boyfriends or their girlfriends, my mom says no, but she remembers an incident where the opposite happened.

Her older brother Jim, at 18, was dating a girl whose parents came over for a talk — they needed to be deterred from dating because they were too serious, her mother said. "Mrs. Johnston," my mom remembers my grandpa saying, "the only reason you don't want your daughter dating my son is because he's Mexican." There was a collective gasp from the younger siblings eavesdropping in the hallway. My uncle Jim married that girlfriend a few months after they both graduated from high school.

My mom admitted that she never seriously dated another Mexican. "I wasn't attracted to them," she told me. It's not hard to see the implications between my family's blending in by blending with the majority race. In 1974, she married my dad, a white surfer-boy type from Missouri with German and Irish ancestry.

My friends could joke to me and use the word "beaner," and I didn't correct them, because I wanted to be seen as different.

My Anglo last name gave me incognito status when I was growing up. When I was in middle school, we moved to Ventura, which was approximately 30 percent Hispanic, and where I was also not like "those other Mexicans." My friends could joke to me and use the word "beaner," and I didn't correct them, because I wanted to be seen as different. The "real" Mexicans in my town didn't have razor blades in their hair, but being Mexican meant something else: gangs, barrios, field workers, skinny and distasteful eyebrows, thick accents. And they were associated with that other town to the east of us — Oxnard — where my grandparents tried to find acceptance.

I grew up wondering why I didn't speak Spanish. Then in high school, I studied German instead to set myself apart even more. I have blue eyes and light brown hair, which I highlighted blond to look more "exotic." I was thrilled when people guessed that I was a "cool" ethnicity and couldn't tell I was Mexican. When they could tell, I made sure they knew I was the "different" kind.

Then 2016 happened, and I found myself identifying with my Mexican side more and more. I felt myself insulted beyond measure when the Republican candidate called Mexicans rapists and drug dealers. He didn't mean "all" Mexicans, the complicit explained, just those other, bad ones! Trust me, I've heard my whole life about the differences between "good" and "bad" Mexicans.

I'm glad my grandparents didn't have to witness the election. I'm glad my grandfather, the Spanish teacher who had earned a bachelor's degree in 1945, didn't have to hear the reduction of his birthplace to degrading stereotypes. But now, through this, I'm glad I have become who I am. They would have been proud of me, with my blue eyes, Southern California-girl accent, and English degree. I have not been held back by perceptions of my ethnicity. I like to think that was their intent: not to lose our traditions, but to make inroads in a new place, unencumbered.

I no longer feel ashamed that I can't speak Spanish and might not know how to cook menudo. I can always learn. 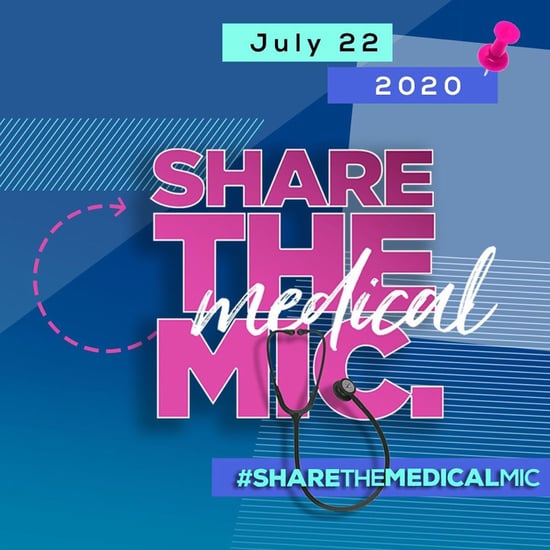 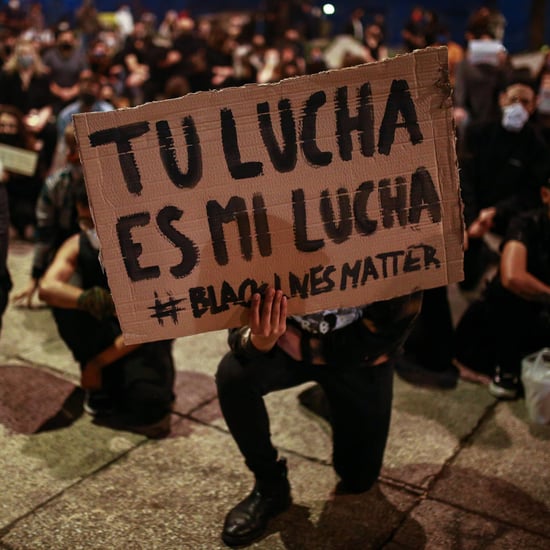 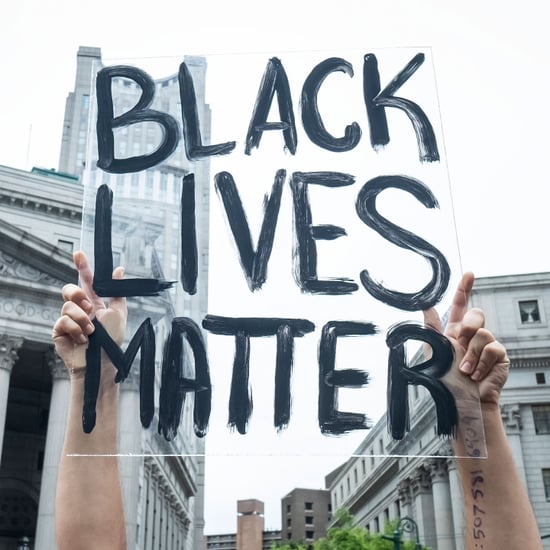 Identity
Asian Americans, Here's How We Can Be Better Allies to the Black Community
by Yerin Kim 6/10 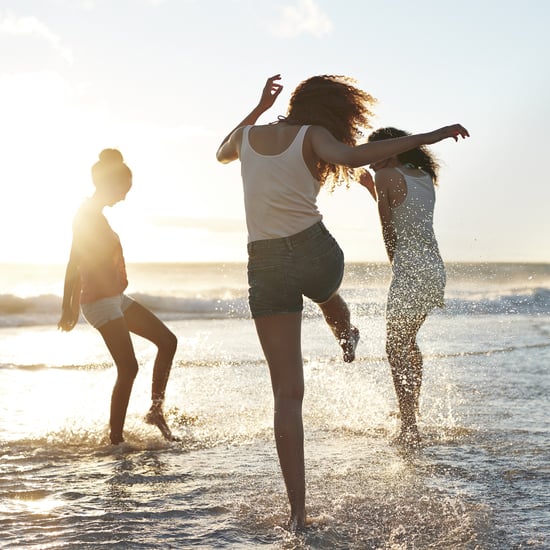 Personal Essay
Growing Up Biracial Made Me Feel Like I Never Fit In, but Now I'm Changing That
by Adele Stewart 6/19