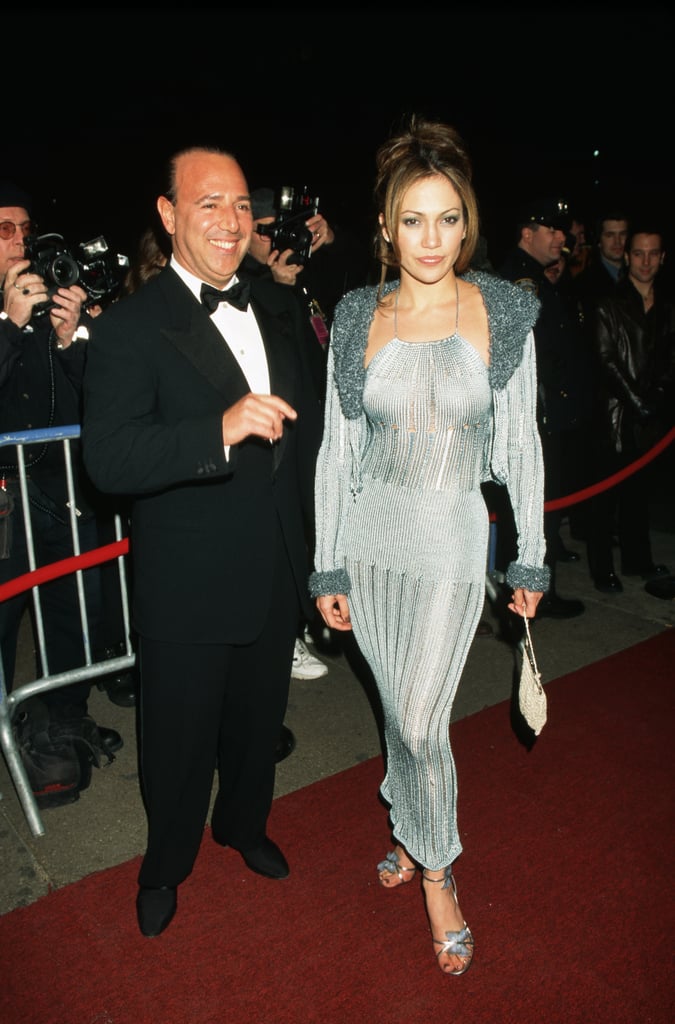 Your first memory of Jennifer Lopez at the Grammy Awards might be one of the singer and actress in 2000 right next to then-boyfriend Sean "Diddy" Combs looking fly and . . . oh, yeah, wearing that insane, low-cut, green Versace dress that shook the world so hard, even Google had to come out with Image Search because people couldn't get enough of J Lo. But that wasn't the first time Jennifer appeared on the Grammys red carpet.

J Lo's first appearance (before she was J Lo) was in 1998, when she walked into Radio City Music Hall in New York City with none other than Tommy Mottola — yes, Thalia's now-husband. The dress she was wearing was not Versace. In fact, we can't figure out if her sparkly silver number topped with a matching coat with shaggy trimmings on the neckline and sleeves was even a designer look at all.

Nostalgia
If The Best Man Is Still Your Favorite Movie, Here's What to Watch as a Double Feature
by Camila Barbeito 1 day ago