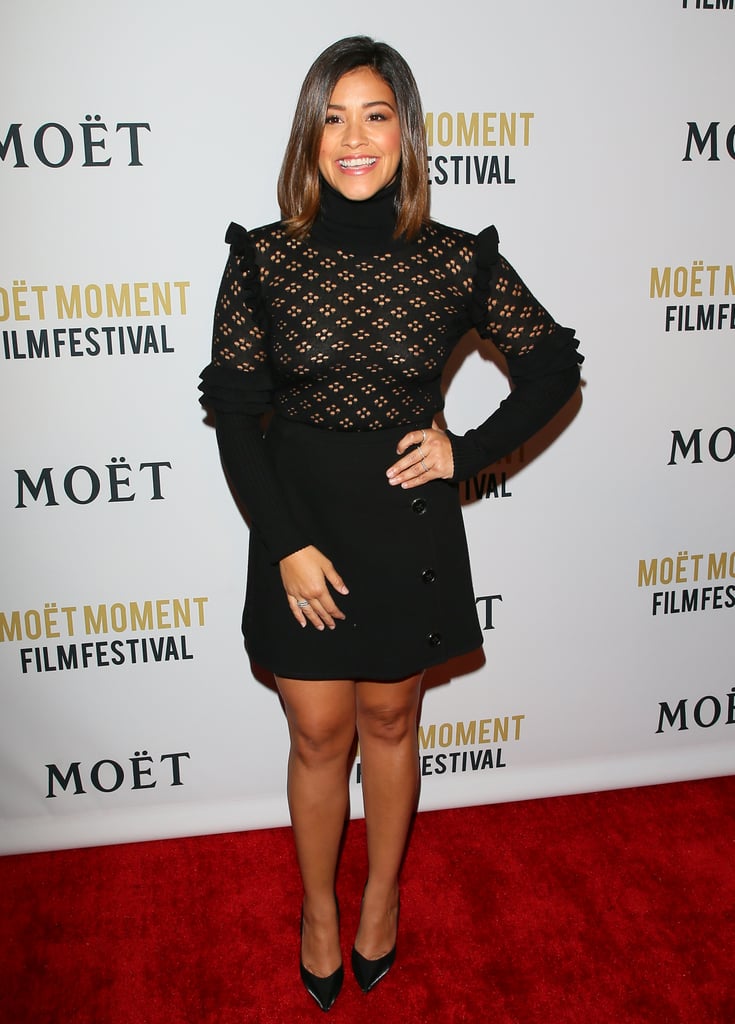 Jane the Virgin actress Gina Rodriguez was literally all smiles at the Moët Moment Film Festival in Los Angeles on Jan. 4. Considering she's nominated for her third consecutive Golden Globe Award for her role as Jane on the hit CW show — she won back in 2015 and delivered one memorable, motivational speech — we can't blame her.

Gina opted for a high-neck LBD with dainty floral cutouts and ruffle detailing at the shoulders for the movie-filled night, showing off a major result of her obsession with boxing: seriously toned legs. She paired the striking number simply with black pumps, her signature sleek hairstyle, and super natural makeup, making us excited to see what she'll be wearing to the ceremony on Sunday, Jan. 8. Keep scrolling to see more pictures of a gleeful Gina on the red carpet before you admire her fierce Hollywood style evolution.