Come on over if you want to witness an incredible tribute to the one and only Christina Aguilera. The Spanish dance group QDS Megacrew auditioned for Got Talent España with an extensive routine to a mega mix of Xtina's hits, which included "Candyman," "Lady Marmalade," "Come on Over," "Ain't No Other Man," "What a Girl Wants," "Can't Hold Us Down," "Vanity," "Bobblehead," "Not Myself Tonight," and "Dirrty."

With 40 dancers on stage, they took us on a tour of Christina Aguilera's career through the years, with several dancers dressing in some of her most iconic costumes and even lip syncing the song lyrics. Jaws dropped and a standing ovation followed when the performance was over. Judge Risto Mejide said he would give his two weeks notice the next day if the dance crew didn't get the Golden Buzzer, which sends whoever is auditioning straight to the finals. Judges Edurne and Eva Isanta also agreed that the performance deserved such recognition.

All the judges had already pressed the Golden Buzzer for other acts throughout the auditions. But in an attempt to still push the group through, they requested that show producer Simon Cowell give the show's host, Santi Millán, the opportunity to vote. Cowell agreed, with a catch: all judges and the host had to unanimously agree that the act auditioning deserved it.

The host was on board, but Judge Paz Padilla was not immediately convinced about QDS Megacrew. She thought that the costume changes in the back distracted her from the actual performance. But eventually, with a little peer pressure, all the judges and host pressed the Golden Buzzer together, making it the last one of this season on Got Talent España.

The performance was such a hit that it even got the attention of the one and only Christina Aguilera, who tweeted saying she was "so blown away" by it. QDS Megacrew retweeted it, saying they were "flipping" over her remarks, and honestly, we are, too. How cool is it that you get to honor an artist you love and that artist acknowledges it and likes it? We're definitely looking forward to more of this dance crew's performances in the next rounds. 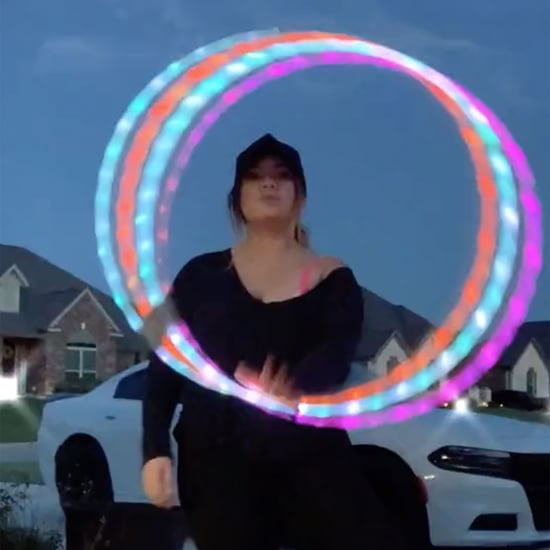