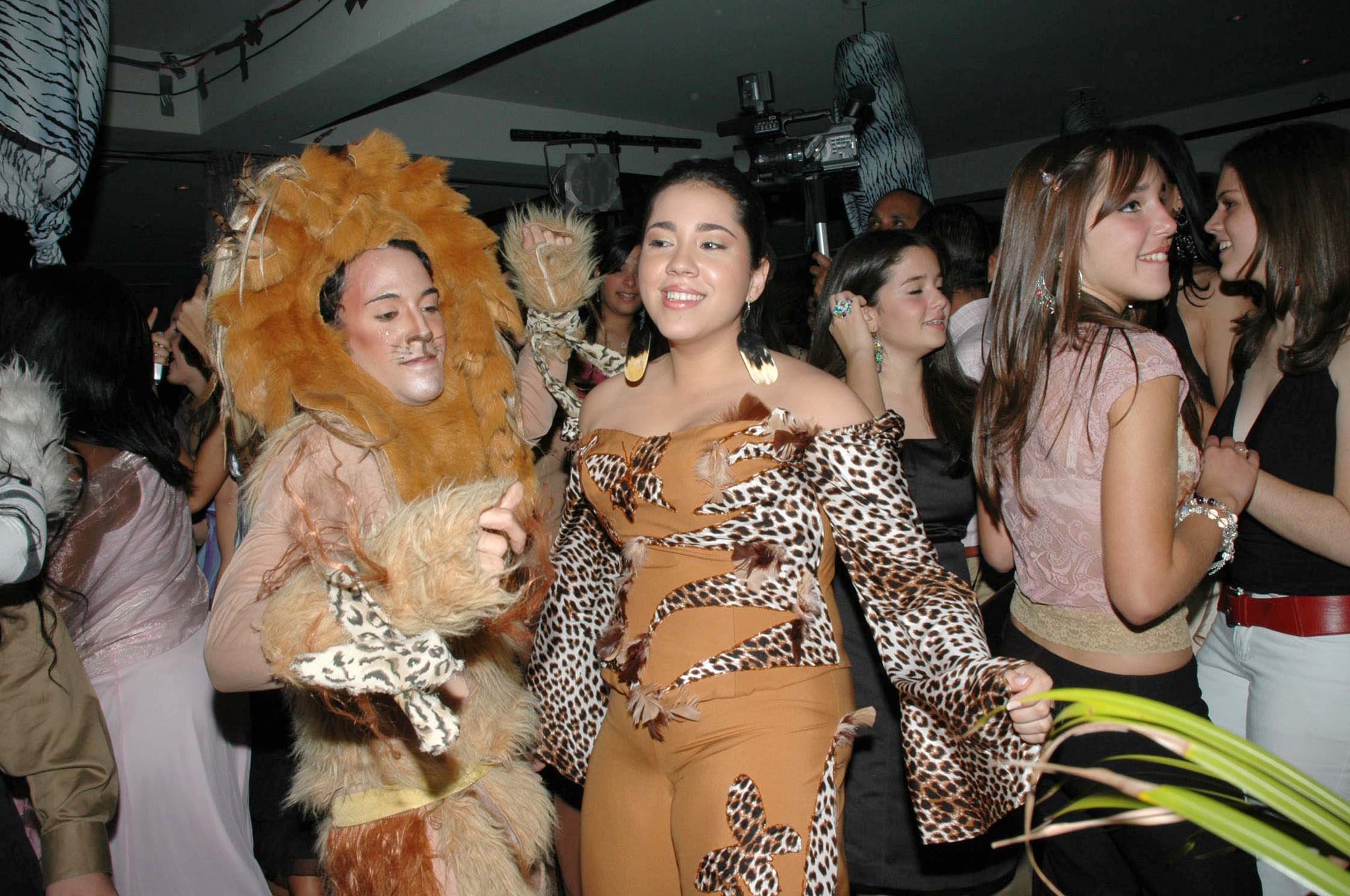 Not too long ago, I started watching One Day At a Time, and that first episode hit me like a bag of bricks. I was not expecting it to be so emotional for me, but there I was, crying my eyes out over the whole quinceañera plot with Elena.

If you haven't seen the show, it follows the tribulations and triumphs of a Cuban-American family, and one of the storylines in the first episode involves Elena — played by Isabella Gomez — not wanting to celebrate her quinces because she found the history of the quinceañera very misogynistic and she didn't "want to be paraded around in front of the men of the village like a piece of property to be traded for two cows and a goat."

Related:
With Its Move to Pop TV, Season 4 of One Day at a Time Will See a Few Key Changes

Elena was referring to the tradition that dates as far back as Mesoamerican civilizations of quinceañeras marking a young woman's transition to adulthood and being presented as a virgin to the community for probable suitors, because girls were considered ready for marriage at 15. Centuries later, the party became an excuse for the girl to mingle with young men and be "presented to society."

I personally didn't feel the whole "quinces vibe" when it was my coming of age. I remember telling my parents to get me a car instead of spending all that money on a party. I was rebelling against something, but I wasn't quite sure what. When I turned 15, I didn't necessarily do my research on this fiesta like Elena did, but I knew I didn't like the whole "de niña a mujer" premise.

Related:
What One Day at a Time Means to Me as a Latina Looking For Representation on TV

The reality was that the first half of my life, I struggled with the fact that my age did not match my body. I developed quite early, and by the time I was 15, I was a full 5'8" tall, curvaceous being, who was never carded when I went out because I looked way over my age, and at the same time, just wanted to be a girl and was not ready to be sexualized. 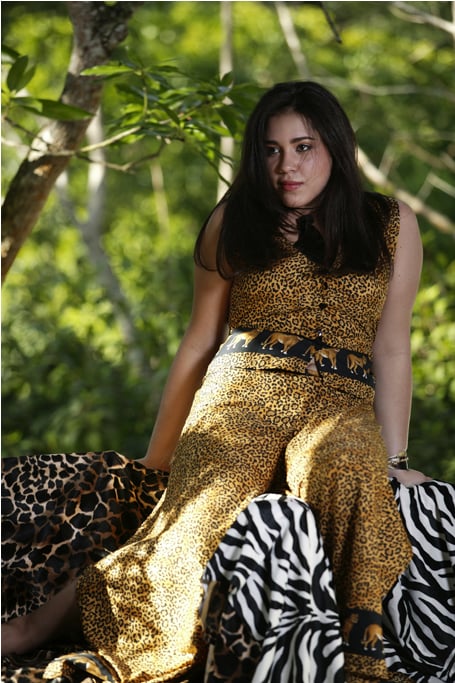 Way before I turned 15, I felt this pressure to act the way my body looked, even though no one was asking me to do that. It just felt silly to me to be this full-grown woman sitting on the floor, decorating the Barbie Dreamhouse, so I forced myself to mature emotionally to match my physical maturity. I was always the youngest of my friends, and I loved hanging around my parents and their friends, because it made me feel like the adult I looked like.

In a way, when my quinces came, I already felt like a woman, and it wasn't something I wanted to celebrate because I felt that womanhood had stripped me from my good childhood years. My parents, however, had no way of knowing that — hell, I even just recently realized this through my own cathartic experience watching One Day At a Time — and since I'm the oldest of my siblings, they were very excited about throwing their first quinces. My dad in particular was all for that father-daughter dance, and I, on the other hand, wanted nothing to do with it.

If you grow up Latinx, your parents will hear your concerns, but they'll end up doing what they think is best for you. That's just the way it is. So, as much as I kicked and screamed, my quinces were happening. My coping mechanism was to be as extra and over the top as I could, with outrageous requests of how I wanted the party to be. I figured that way my parents would get so overwhelmed with my diva demands that they would call off the party. 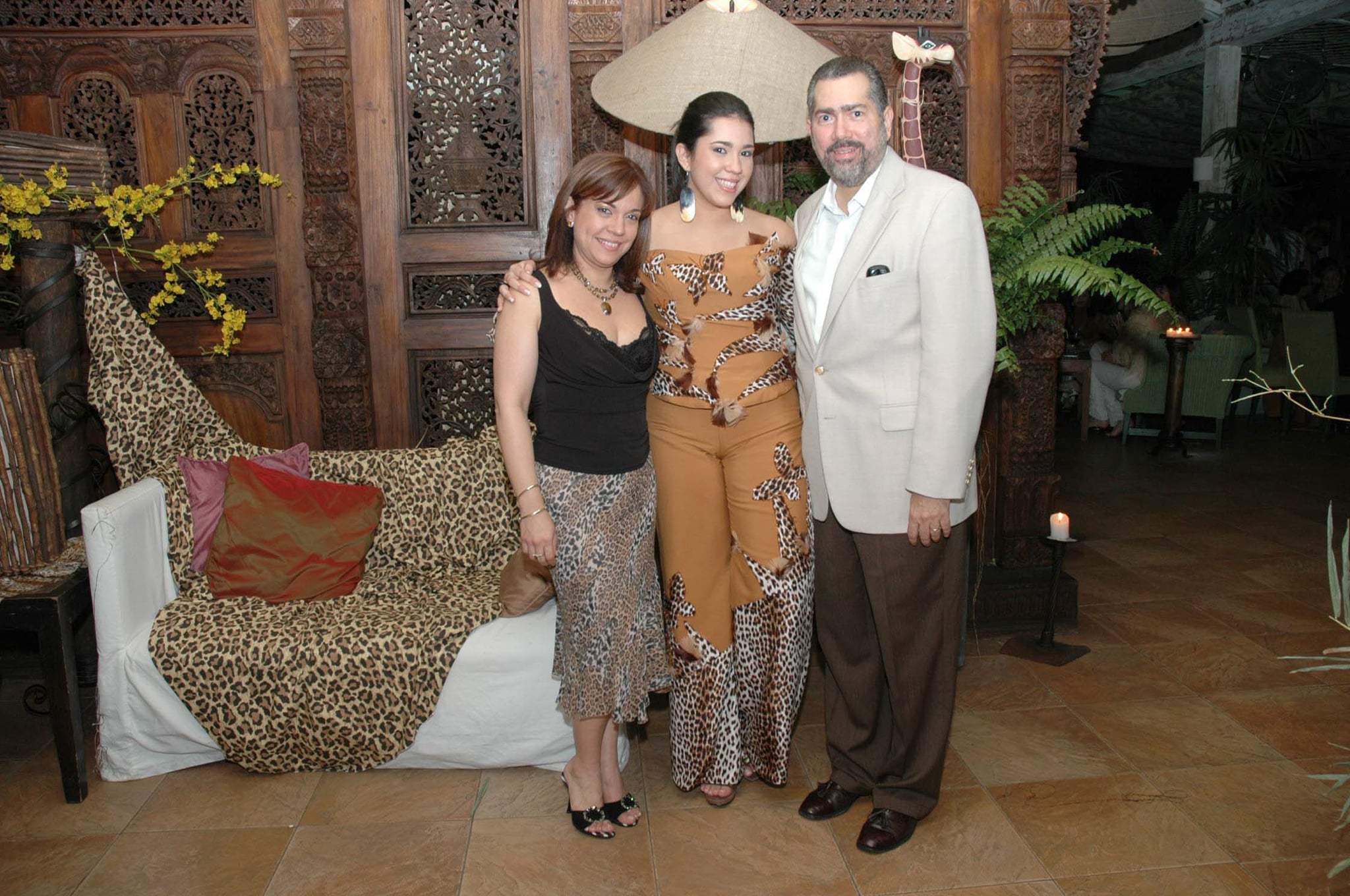 But my parents were not going down without a fight, and for every crazy idea I had, they would try to find a happy medium that could fit my idea and our budget. I seriously did not understand why they were so focused on throwing me a party — and while I didn't see it then, they were truly going above and beyond so everyone would have a great time.

In my head, I thought the whole quinceañera tradition was antiquated, and I didn't see the point. "It's just another birthday," I'd tell myself. I was more excited about turning 18 — the legal age in Dominican Republic, where I grew up — and tirar la casa por la ventana then. But it all made sense to me when my mom sat me down and said "you can't take this moment away from your dad." Then everything fell into place. 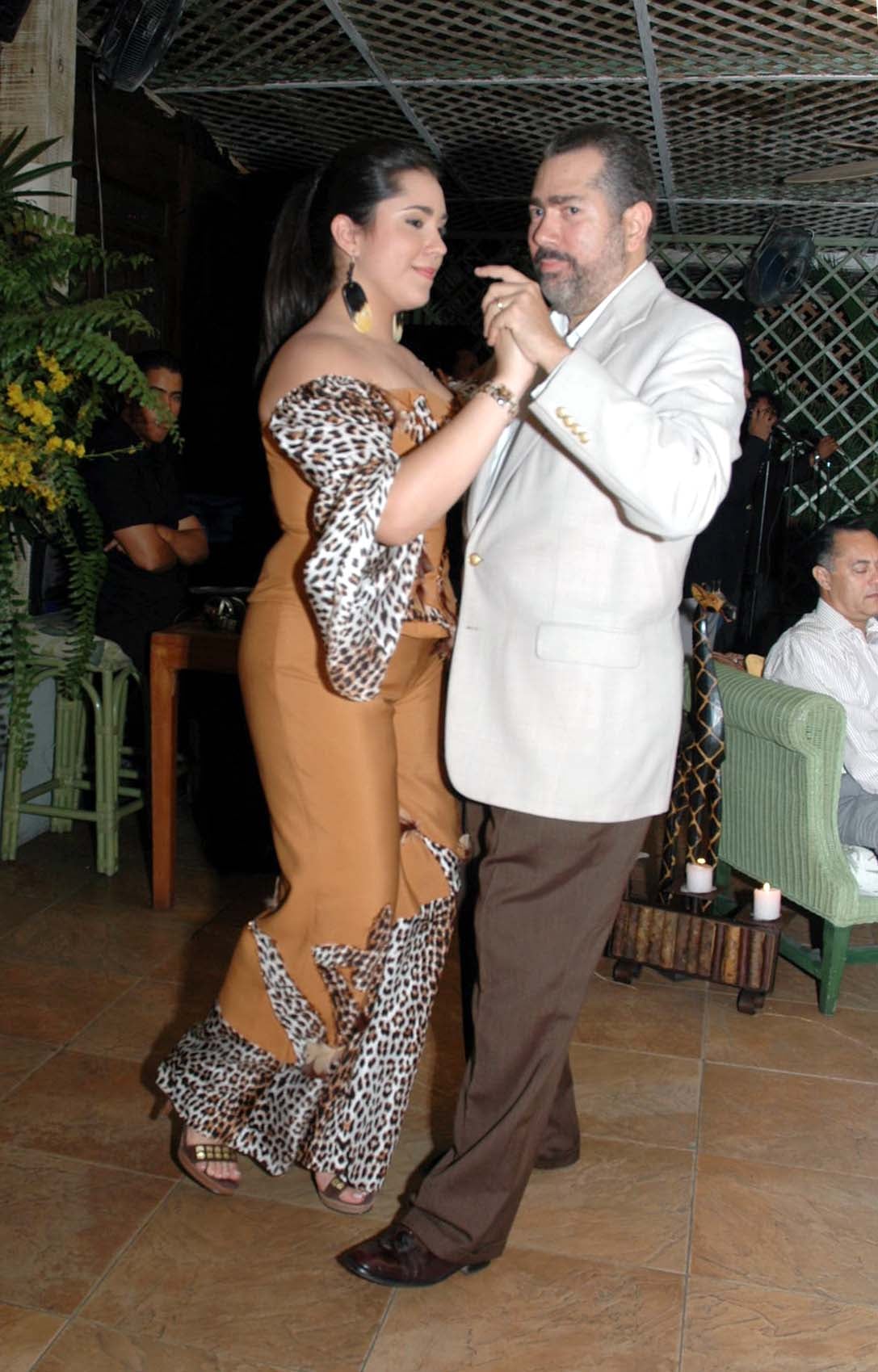 This wasn't about me: this was about my parents. It was their moment to show everyone that they had made it, they had raised a child. They wanted to present one of their most beloved treasures into the world for everyone to admire. This sentiment was also shared on One Day at a Time, when Elena's mother, Penelope (played by Justina Machado), tells her she wanted to throw her the party because she wanted people to acknowledge how well she's done as a single mother.

I'm not a parent, how could I have known? But something about my mom breaking it down to me like that, so raw and unfiltered, really did it, and made me feel a little guilty for denying them something they had waited for so long.

And before you all start thinking that I ended up agreeing to the party out of guilt, deep down, I kinda wanted it. Once I was fully on board, we decided to step away from some traditions like the damas and chambelanes, the waltz, the religious ceremony, the dress, and the changing of the shoe from flats to heels, and made it a fun, safari-themed party fit for both teenagers and adults. 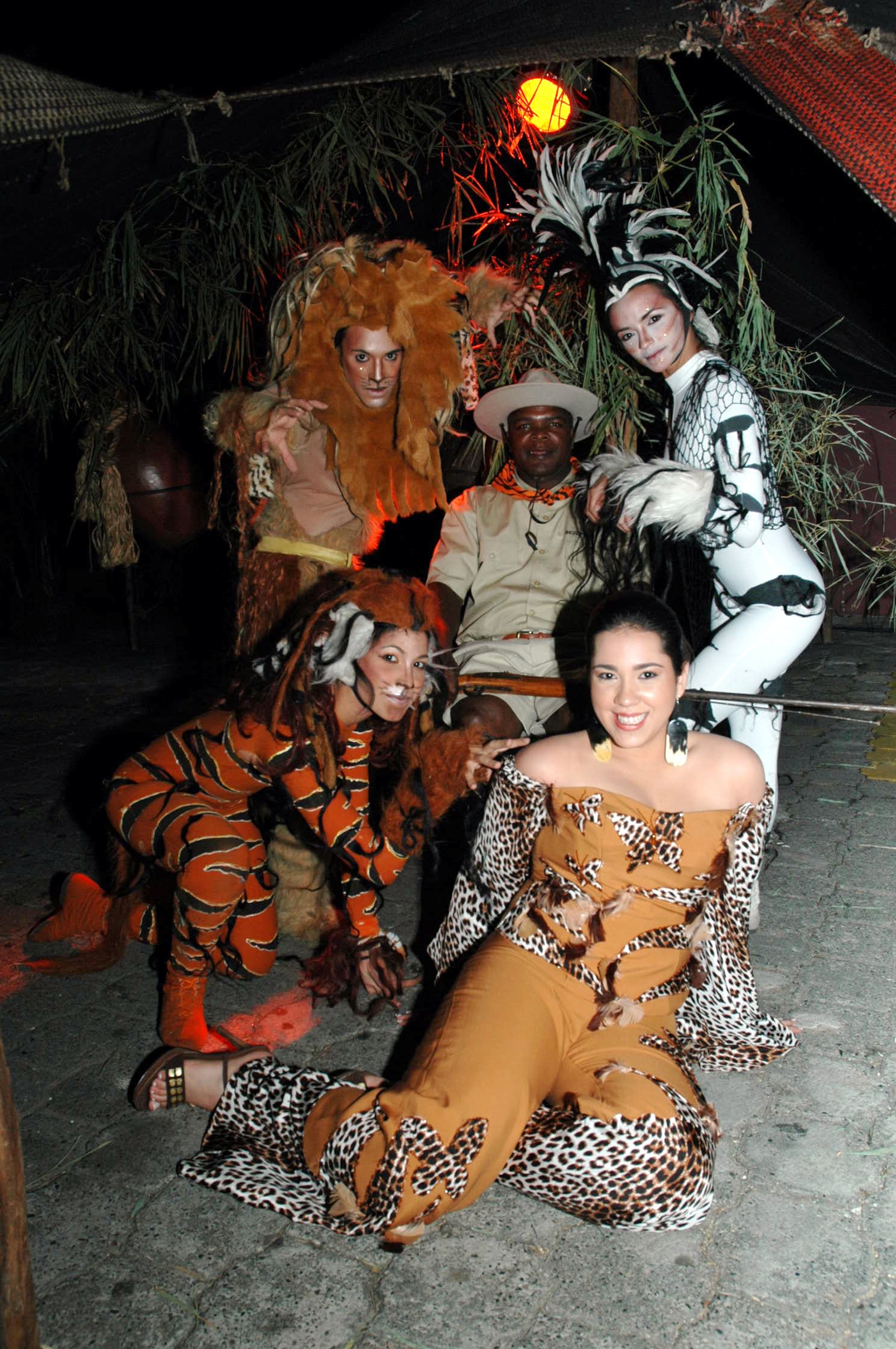 It was still over the top and extra — albeit on budget — and I ended up dancing not only with my dad but with my grandfather, great-grandfather, and all my tíos who are not necessarily blood related but I still call tíos. The night was fun. Adults and "kids" had separate areas, we had a DJ, a merengue orchestra, a local singer, and dancers dressed as jungle animals. The dress code was "safari chic," and everyone was there to enjoy and have a great time. Almost 15 years later, I don't regret my quinceañera one bit. 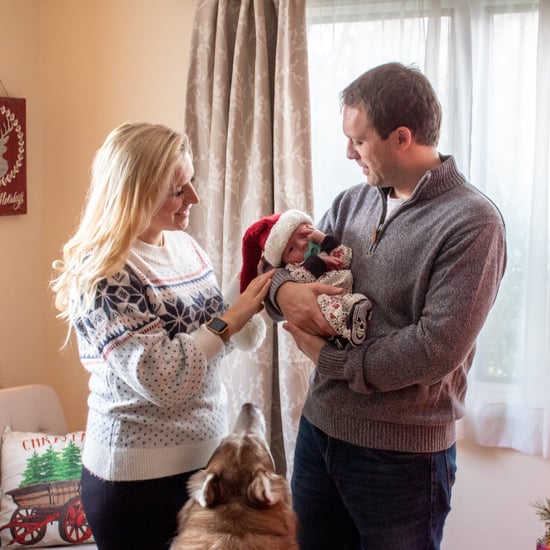 Babies
How We're Making the Most of Our Son's First Christmas, in Spite of COVID-19
by Emilee Janitz 4 weeks ago 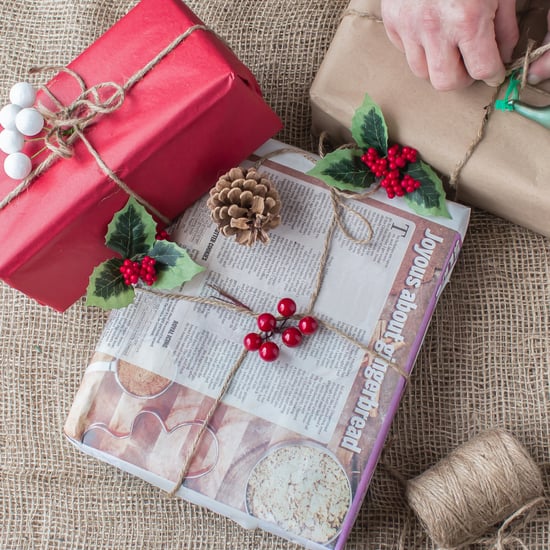 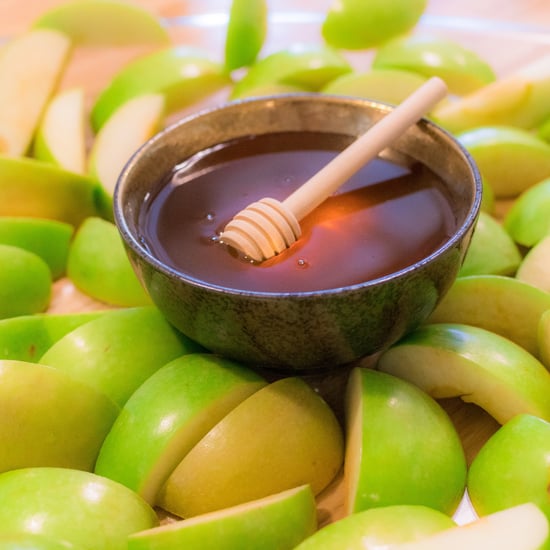