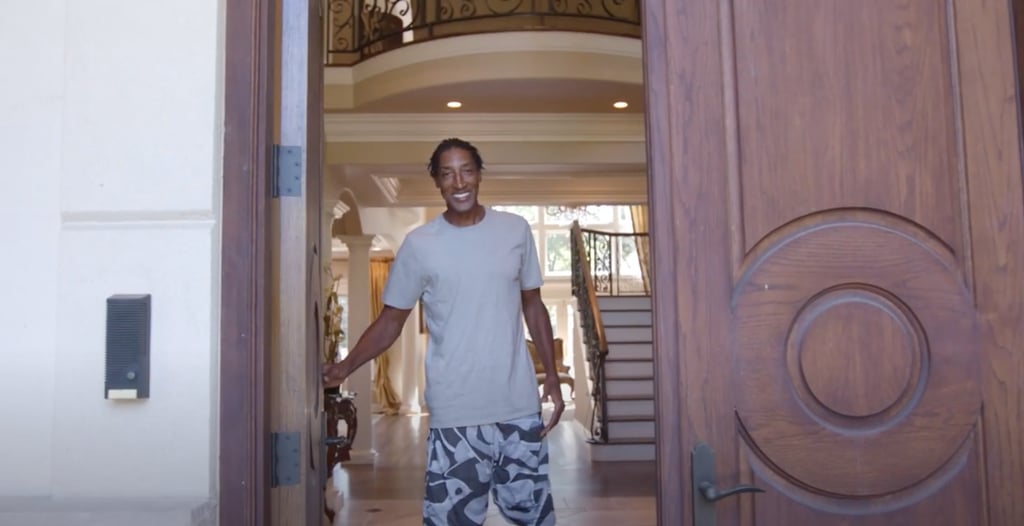 Before you even ask, yes, of course there's a basketball court inside Scottie Pippen's home — and the rest of his sprawling Chicago mansion is a slam dunk too. The Bulls legend recently gave a tour of his home to Architectural Digest, so we can all peek inside, and there are so many epic details we need to discuss.

In a video on the magazine's Youtube channel, Pippen takes us through the many rooms inside his white-brick home in the windy city. Starting from the entryway, it's immediately obvious from the gold curtains, crystal chandelier, and high ceilings that this is a home designed and styled with lavish yet comfortable taste.

The former NBA player, whose time with the Chicago Bulls was recently documented on The Last Dance, bought the home in 2004, but now that he's based in LA, this is more of a "vacation home." Besides paying homage to his former team simply by its location, the house also holds plenty of Bulls memorabilia from some of Pippen's championship trophies to framed jerseys to action figures. The house also includes a pool, sauna, and a wine cellar. Curious to see more? Keep reading for the full tour.

Celebrity Homes
Naomi Osaka Bought Her House From Nick Jonas, So of Course It's Massive — See Inside!
by Tate Coan 3 weeks ago

Simone Biles
After Very Little Deliberation, We Give Simone Biles's Beautiful Home a 10/10
by Emily Weaver 11/25/20