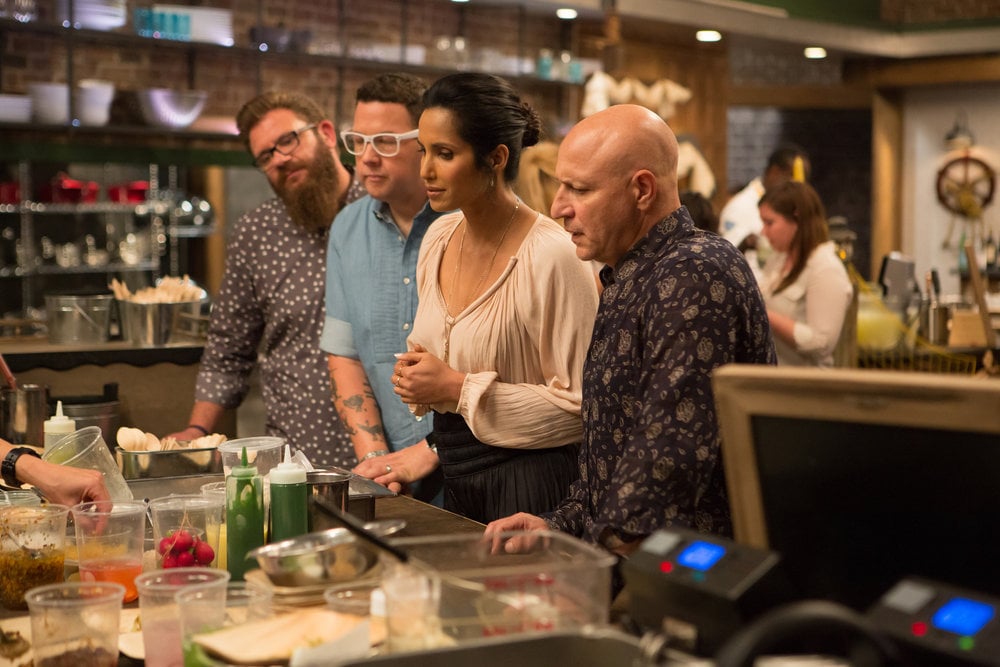 Top Chef has filmed a whopping 14 seasons so far, and the challenges keep getting tougher and the chefs keep getting better. On each show, host Padma Lakshmi and regular judges Gail Simmons and Tom Colicchio carefully judge the chefs on what food they've created and simultaneously crown a winner and educate the world on the beauty of cooking. I recently sat down with Colicchio at an event for Naked Juice's Drink Good Do Good campaign, and while he remained mum on a lot surrounding the show, he did divulge a few secrets on getting cast and how the show works.

Related:
What It's Really Like Working With Guy Fieri on a Food Network Show

TV
If You Love Ted Lasso Like Dani Rojas Loves Football, Try Out These 14 TV Shows Next
by Amanda Prahl 1 day ago