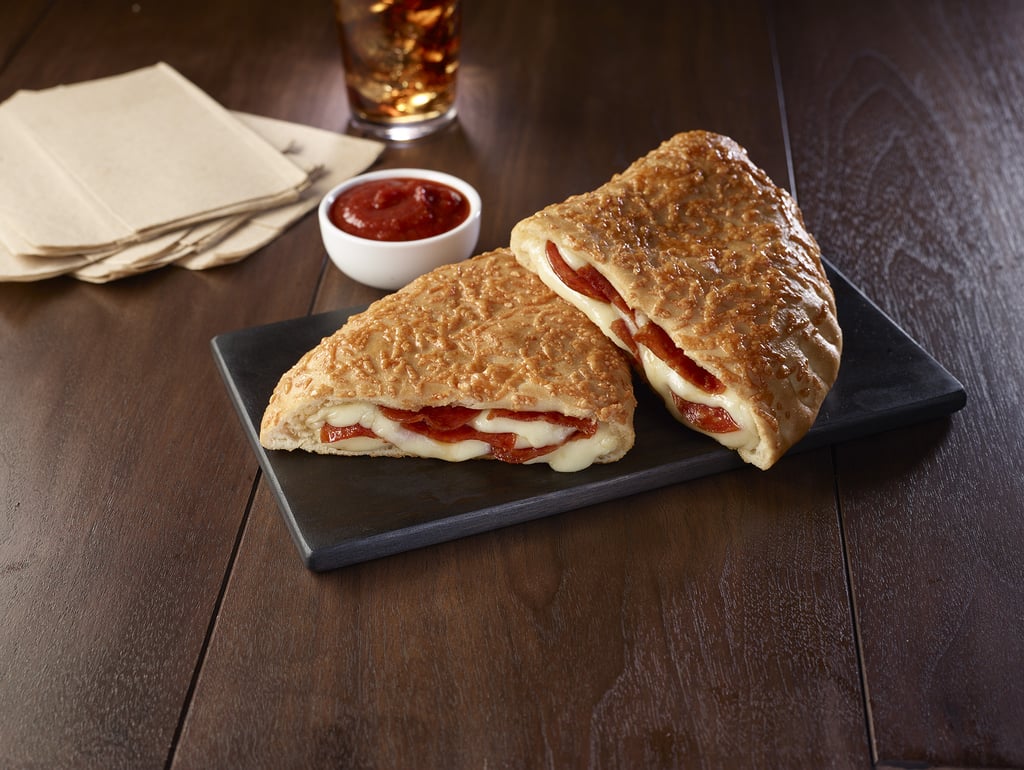 Pizza-lovers, prepare to get your parmesan on because Pizza Hut is bringing back the fan-favorite P'Zone — and the amount of cheese stuffed into these giant pizza pockets is already sending me into a mozzarella-induced nap. A Pizza Hut fan-favorite, this parmesan-crusted, calzone-inspired snack has been so popular during the last 17 years as an on-again, off-again menu item that it doesn't even need to actually be a pizza to be considered the Official Pizza of NCAA March Madness.

"We are excited to bring back the P'Zone as part of our $5 Lineup during a time when family and friends will be gathering in anticipation and excitement," said Marianne Radley, Pizza Hut's chief brand officer, in a press release. "Even if your team doesn't advance in the tournament, the comeback of the P'Zone is something we know all fans can rally around." The P'Zone is also available on its own in three savory flavors, including Pepperoni, Meaty, and Supremo. The Meaty P'Zone is made with melted cheese, pepperoni, ham, pork, beef, and Italian sausage, while the Supremo P'Zone is stuffed with green pepper, red onion, Italian sausage, and melted cheese.

So, whether you're all about the bracket picks or all about the snacking picks, keep reading for more mouth-watering photos of the P'Zone — and don't forget the marinara dipping sauce!

Food News
This Itty Bitty Cinnamon Roll Cereal With Icing Is Almost Too Cute to Eat . . . Almost
by Chanel Vargas 3 days ago

Food Shopping
Green Giant's New Cauliflower Breadsticks Are Here, and I Call the Garlic Flavor
by Yerin Kim 4 days ago

by Hedy Phillips 11 hours ago