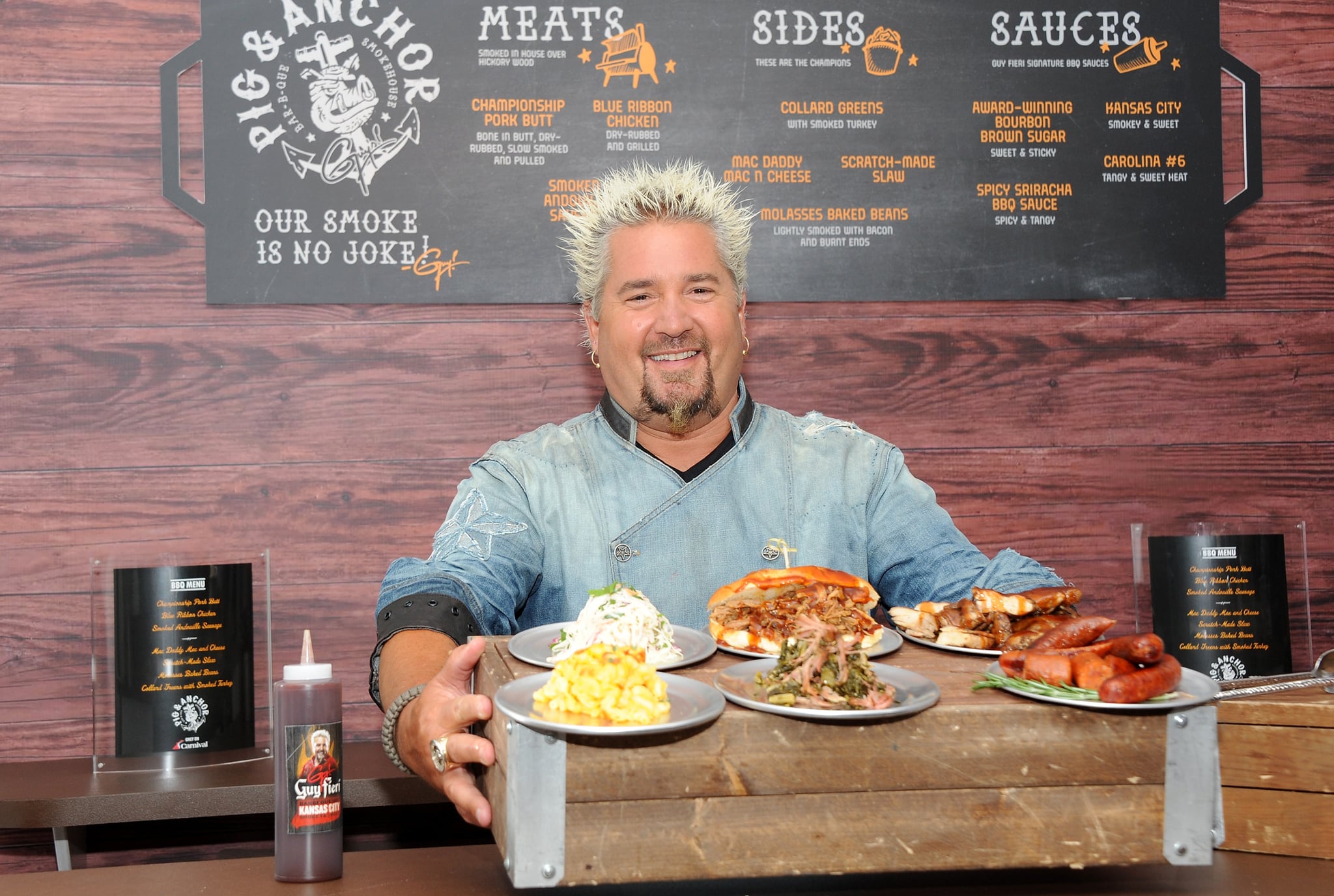 During an unimaginable tragedy in his hometown, Guy Fieri is doing what he does best for the victims of Northern California's devastating wildfires: bringing people joy with food. The chef has been hard at work cooking more than 5,000 meals per day for evacuees and first responders affected by the ongoing fires and doing his part to help his own community. Fieri is a lifelong resident of Santa Rosa, a city in Sonoma County, and he knew he wanted to do something to help immediately. "I called the Salvation Army in Santa Rosa and I said, 'I'm ready, I've got an army, I'm ready to help,'" he told KQED. "And they said, 'Bring it.'"

With the help of his culinary team, friends, and the Salvation Army, he set up a makeshift kitchen with a BBQ smoker and a wood-fired oven in the parking lot of the Veterans Memorial Building in Santa Rosa and has been serving pulled pork, roast chicken, mac 'n' cheese, garlic bread, coleslaw, and more. "We're feeding folks in the shelter that have been displaced," Fieri told KQED. "Plus volunteers here on the ground, plus the military."

Related:
How a Family Who Lost Everything in the North Bay Fires Is Focused on Helping Others

Fieri and his family had to evacuate from their Santa Rosa home in the early morning of Oct. 9 when the fires initially broke out. "We had to evacuate at two in the morning, and we grabbed what we could, taking pictures off the wall as fast as we could. Jumped in the truck, loaded in the dogs, and away we went," he told the news channel.

In addition to feeding thousands of people in need, Fieri has set up a donation page where anyone can support the ongoing efforts. Fieri wrote, "Over the past week, I've seen a level of destruction in my hometown that I never thought imaginable. But even bigger than the fires has been the outpouring of support and compassion for our community, here in Sonoma County and beyond. Together with the Salvation Army, and thanks to a virtual army of volunteers, we've been cookin' up hot meals for thousands of people who need it most every day. But this ordeal is far from over and the need is only growing."

Related:
Grab a Tissue! This Dog Beat the Odds and Found Her Family After the California Wildfires

It's incredible to see the way Northern California is coming together during such a heartbreaking time, Fieri included. If you want to contribute a donation to Napa and Sonoma County fire relief, you can do so here, or see a list of current donation needs and volunteer opportunities here.

Sam's Club
Sam's Club Is Dropping Popcorn Covered in Oreo Crumbles, Made For Salty and Sweet Snacking
by Chanel Vargas 2 days ago

Food News
Pass Me a Spoon, Because Toll House Is Releasing Funfetti-Flavored Edible Cookie Dough
by Danielle Jackson 2 days ago 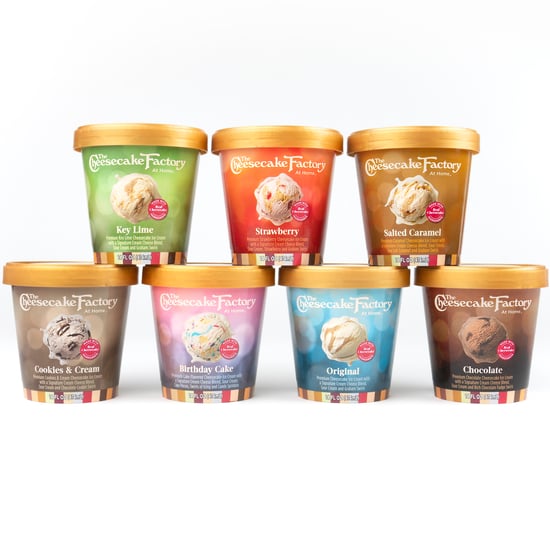