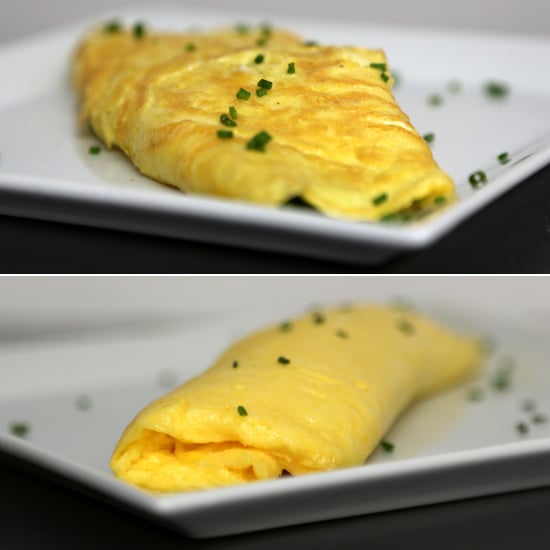 If you've ever ordered an omelet in Europe, then you know you were served something very unlike the omelets we know and love in America. Many Americans feel squeamish about undercooked eggs (hello, risk of salmonella!), but that custardy, underdone quality is sought out in Europe. Whether you plan to cook one of the styles yourself or experience it at a European restaurant, here are the main differences between American and French omelets.

What Is an American Omelet?

An American omelet, as pictured at the top of the photo above, has a speckled golden crust from the pan, and the surface is uneven with craters. This effect occurs because, similar to how steak chars on a pan, the scrambled eggs are cooked over a high heat and left untouched until the eggs set. The round omelet is then folded in half and served. Often, the fillings like meat and vegetables are cooked into the eggs rather than added afterward.

What Is a French Omelet?

The French-style omelet, as pictured on the bottom of the above photo, has a smooth surface and a pale exterior devoid of any golden color. This prized appearance is achieved by constantly shaking the pan to keep the eggs from sticking to the bottom while simultaneously whisking the eggs with a fork so they cook uniformly. The omelet is rolled into a cylinder just as the eggs begin to coagulate on the bottom of the pan, even though part of the egg is still wet and underdone. The fillings, usually herbs or cheese, are added to the center of the omelet before it is rolled up.

Related:
However You Like It, We Got It: 100+ Egg-cellent Recipes For Easter and Beyond
Image Source: POPSUGAR Photography / Anna Monette Roberts
Cooking BasicsBrunchBreakfastEggs
Around The Web

Food News
This Itty Bitty Cinnamon Roll Cereal With Icing Is Almost Too Cute to Eat . . . Almost
by Chanel Vargas 1 day ago 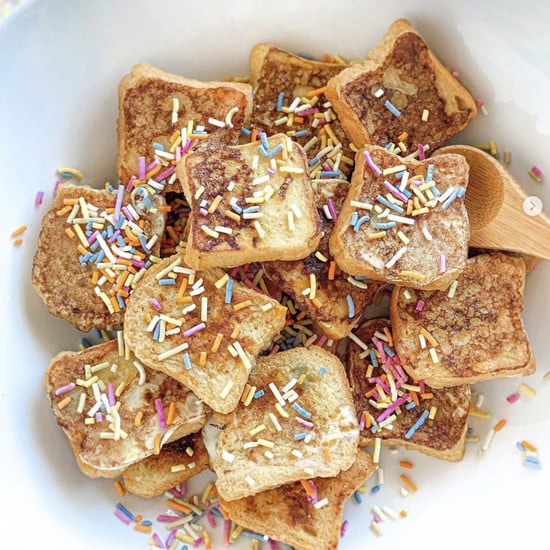 Breakfast
Homemade French Toast Cereal Is the Newest Breakfast Trend, and We Are So on Board
by Mary Everett 2 days ago

Cooking Basics
You Can Absolutely Freeze Flour For Storage — in Fact, You Should!
by Amanda Prahl 2 days ago 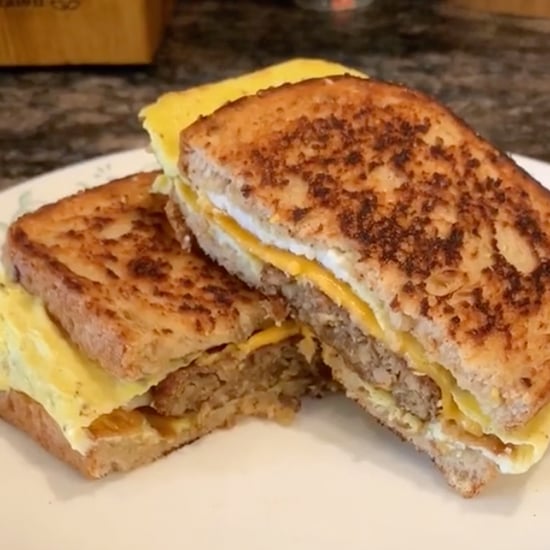