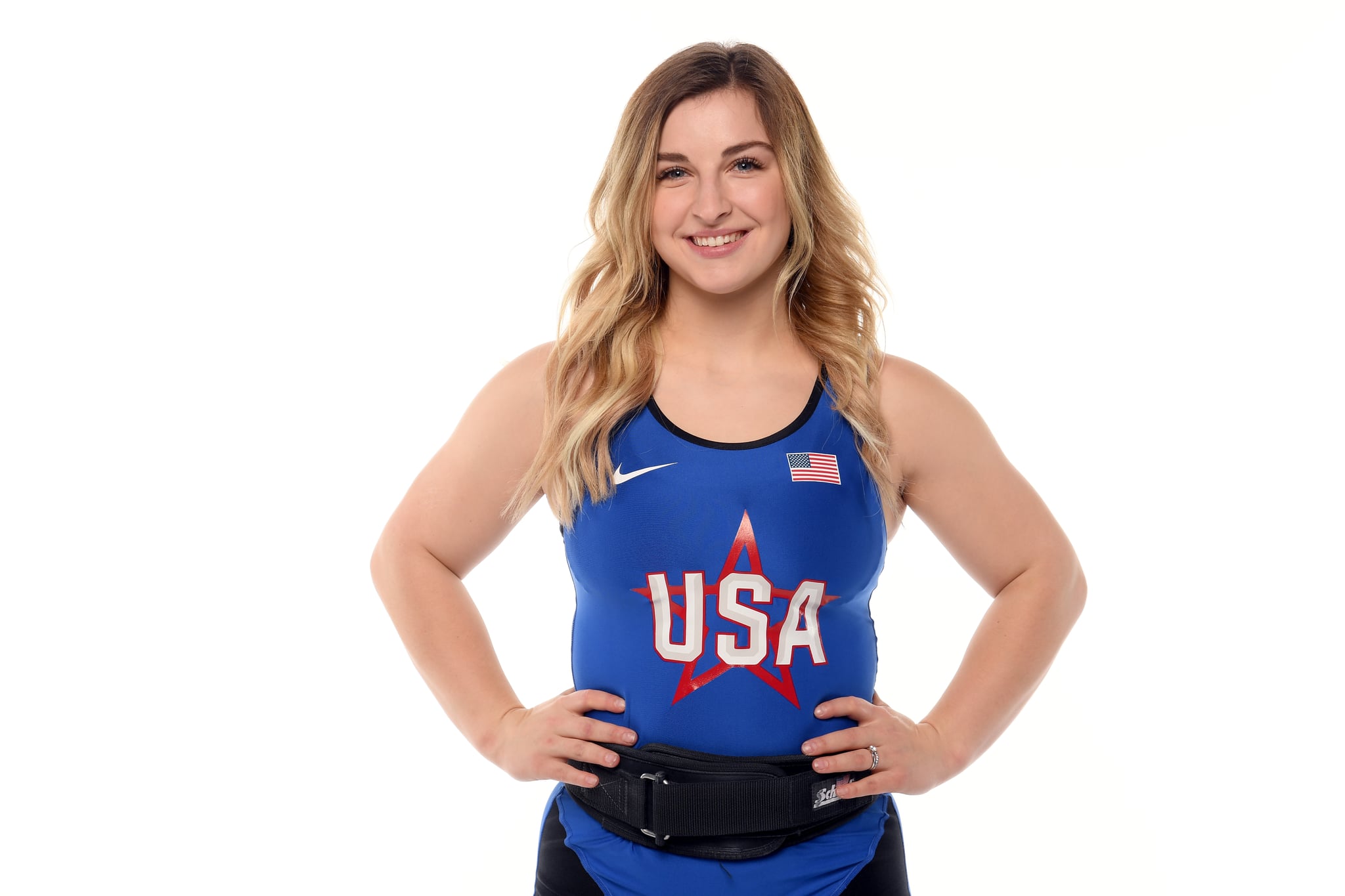 Kate Nye knew for a long time that she wanted to be an Olympian. Growing up a gymnast, she said, she naturally had "this fascination about the Olympic Games." At age 15, though, injury and surgery led her to give up on gymnastics and fall into a self-described athletic limbo. "I didn't really know where I fit in since that was the only sport I did for so long."

Nye started doing CrossFit to stay in shape, and her coach nudged her into competitive weightlifting. In her first national competition, the Youth Nationals in 2016, Nye ended up earning a bronze. "That's when I kind of realized," Nye said: though she enjoyed CrossFit, she knew she was more "messing around" with it. "I had an actual talent in weightlifting." She started competing seriously and ended up falling head over heels. "I fell in love with the training and competing, and it was the best decision I've ever made."

That's no exaggeration. Nye holds all of the American records at her 71-kilogram weight class and is a 2019 world champion in both types of Olympic lifts, snatch and clean & jerk, as well as total, which is derived by combining a lifter's successful lifts in a single competition. In 2019, she also became the first American to be named the Best Woman Lifter of 2019 by the International Weightlifting Federation.

Now, Nye has her sights set on making the 2020 Olympic weightlifting team, which means she needs to up her game even more. Literally: Nye's normal 71 kg division isn't offered at the Olympics. Instead she'll be going up to the 76 kg class, which means she's working to gain weight through her diet while keeping up her strength in training. Nye talked to POPSUGAR about what that looks like, from the gym to the kitchen, and how she's staying focused on making it to Tokyo in a few short months.

Nye works out six to eight times a week in a combination of three different kinds of workouts: strength, technique, and accessory lifts. Strength-wise, she works on getting stronger through squats, deadlifts, and pressing. "We're usually doing a cycle of squats," Nye explained. "Maybe front squats, maybe back squats, maybe high-volume, maybe low-volume. The core of it is the strength aspect." (The "front" and "back" refer to where you hold the barbell: with front squats, the barbell is across your chest; during back squats, you hold it behind your head and across your shoulders.)

For technique work, Nye finesses her form in the two competitive lifts: the snatch and the clean & jerk. The snatch requires the lifter to heave the barbell up from the ground and over their head in a single motion, starting in a squat and coming to a stand. (Watch Kate set a junior world record in the snatch here.) In the clean & jerk, lifters use two motions to get the bar over their head, first lifting the bar from the floor to a front-racked squat and stand ("the clean") and then shifting the bar overhead ("the jerk"). Here's what a clean & jerk looks like. Still with us? "We're doing usually tons of variations to fix technique problems I have" in both lifts, Kate explained.

You might not do snatches or clean & jerks in your everyday weights workout (although they probably sound familiar if you're a CrossFitter). The accessory work that Nye does to "strengthen the little muscles," though, will sound familiar: Romanian deadlifts, single leg squats, and overhead presses.

Last but not least: core work. "Since I was a gymnast, I know every ab exercise ever made," Nye joked. Her current favorite is the dead bug, a move that targets the full core and works on stabilization at the same time. "They're kind of fun and not very intense, which is good for me."

Diet-wise, Nye focuses on eating intuitively. "I don't track anything. I eat what I need as an athlete." She gets six to eight ounces of protein in every meal, usually ground beef, chicken thighs, and sausage. "I eat protein that has more fat in it, since I'm not cutting weight," Nye explained. She'll add a couple cups of carbs as well as veggies. Well, "We try to do veggies. We need to work on that!" she said. For a healthy fat, Nye said guacamole is her go-to. She avoids protein powder and said she tries to keep her diet "as whole as possible."

From diet to training to her mental health, all of Nye's focus is on making it to the 2020 Summer Olympics. In order to get there, she said, "you've got to do the work to max potential. I think that's the best way to put it. You've got to keep striving for that next kilogram on the barbell."

To learn more about all the Olympic and Paralympic hopefuls, visit teamusa.org. The Tokyo Olympics begin July 24 on NBC, and the Tokyo Paralympics begin Aug. 23 on NBC. 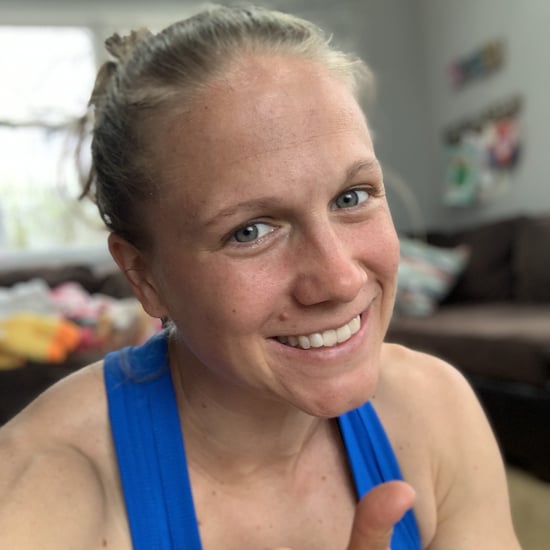 Workouts
She's a CrossFitter, Mom, Dietitian, and Former Pro Athlete — and This Is Her Workout Routine
by Maggie Ryan 17 hours ago

Workouts
Partial Reps Aren’t a Shortcut, They Can Intensify Your Strength-Training Workout
by Lauren Pardee 1 day ago

Workouts
Get Your Heart Racing With This Silent but Sweaty, No-Equipment AMRAP Workout
by Maggie Ryan 2 days ago