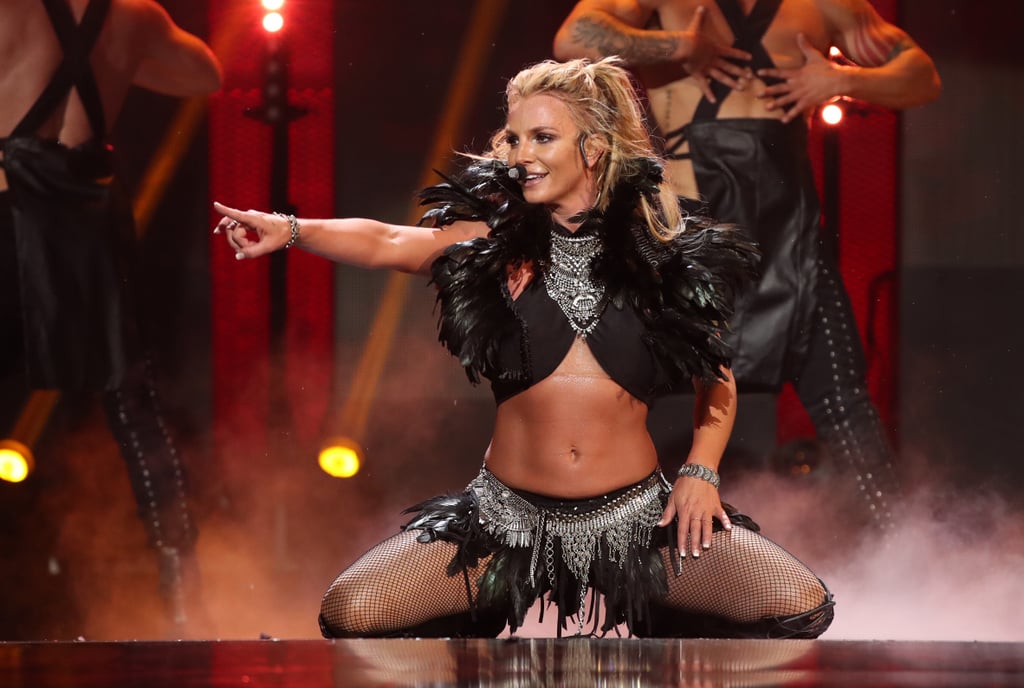 If we know two things about Britney Spears, it's that 1) she is a pop icon whose songs are recognized by millennials and nonmillennials alike, and 2) she's fit as hell. We know the latter because the 37-year-old singer and mom of two posts gym selfies, workout videos, and snapshots of her weekend yoga flows on Instagram. Britney recently shared footage of herself doing gymnastics outside with a partner (it's not clear if the man is boyfriend, Sam Asghari, though he did comment, "flipping into my heart like" with a fire emoji — because her moves are pretty darn impressive).

In the video seen ahead, Britney starts and ends with acroyoga and does some back handsprings, handstand walks (by the pool no less!), and a back walkover. "It's been exactly a year today since I've done gymnastics .... lol," Britney wrote in the caption. "Such a beautiful day to play outside and work up a sweat with the help of this mate!!! As you can see, my back is too stiff on my back walkovers!! He's trying to loosen me up and he's great!!! Such a fun day!!!!"

Britney actually grew up going to gymnastics and dance classes, and she did her own stunts in the ". . . Baby One More Time" music video. "When I was younger, I went an hour away from where I live and took dance for a while, and I'd have a recital every year," she told Variety back in 1999.

From one former gymnast to another, Britney's right about the back walkover; her back does look a little stiff, and the move doesn't flow as smoothly as it should (more shoulder flexibility and practice would do the trick). In 2016, she balked onstage while attempting a back walkover during a performance of "Oops! . . . I Did it Again," and she told BBC Radio 1 at the time that she got nervous because the person spotting her hadn't done so before. "When I was younger, I could do backflips, I was a gymnast," she said, admitting that it's hard for her to do those now (though this footage suggests otherwise). She put a back walkover in her show instead; she was inspired by one of her sons, whom she revealed is quite the gymnast himself.

It's safe to say that Britney looks fearless in her recent Instagram and can still do a back walkover and so much more. Plus, you'll see in the additional footage ahead that she has other tricks up her sleeve like a standing backflip and a roundoff back handspring. In fact, she captioned one of her posts, "So excited to hear the Olympics are coming to LA in 2028." A girl can dream!

Workouts
I Straight Up Hated Any and All Fitness Classes, Until I Tried Orangetheory Fitness
by Murphy Moroney 23 hours ago

Selena Gomez
Surprise! Selena Gomez Got a New Tattoo to Celebrate the Release of Her Album
by Danielle Jackson 9 hours ago

Lizzo
Lizzo's Body Positive Moment Comes With a Metallic Cutout Swimsuit — Shouldn't They All?
by Sarah Wasilak 10 hours ago 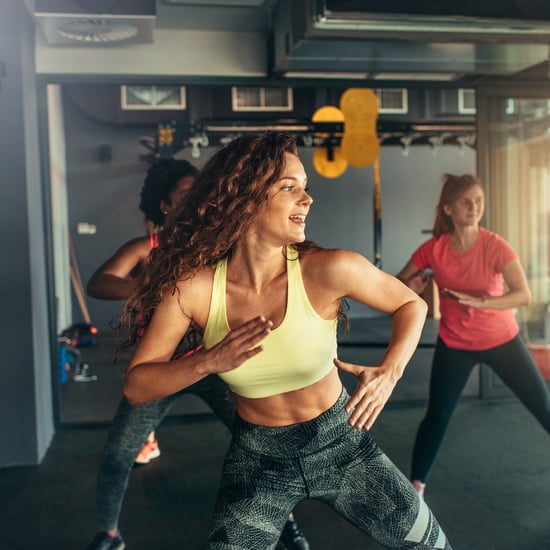