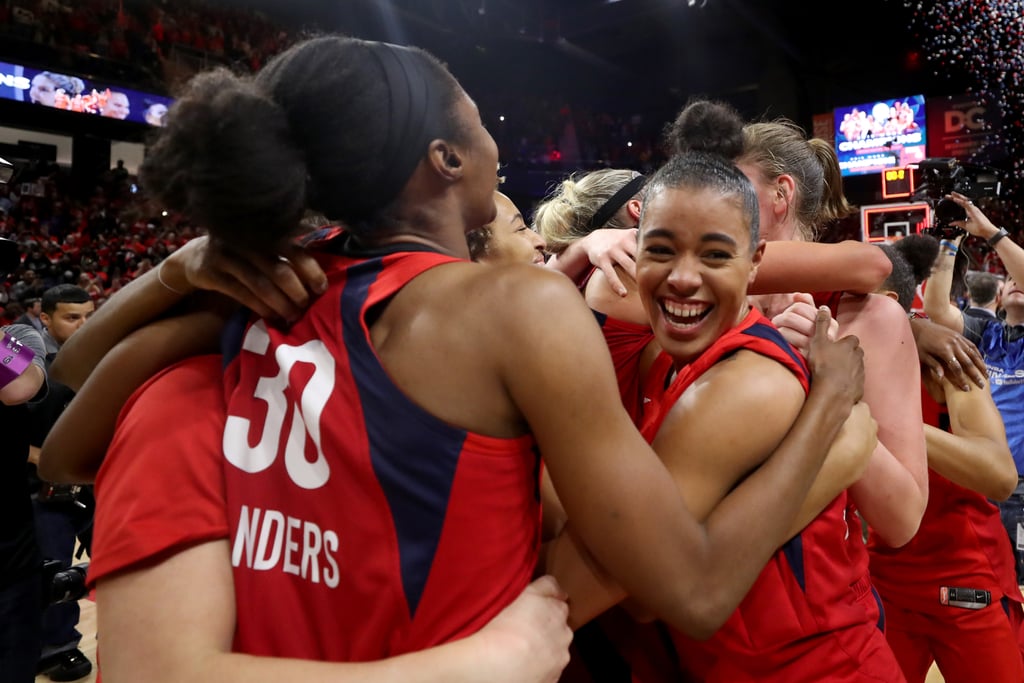 The Washington Mystics are your 2019 WNBA Finals champions! On Oct. 10, the talented team took on the Connecticut Sun in a heart-racing game 5 on their home court in DC. While the Mystics prevailed in the game, 89-78, their road to the championship came with setbacks, which is why their title win is all the more special. Mystics forward and 2019 WNBA MVP Elena Delle Donne was forced to limit her minutes during the finals due to major injuries, but she scored 21 points in game 5, all while playing with three herniated disks.

Emma Meesseman scored 22 points for the Mystics and was named the finals MVP. She's the first WNBA player to ever win the award off the bench, joining Golden State Warriors player Andre Iguodala, who accomplished the same feat in the 2015 NBA Finals.

It's the first time in their 21-year franchise history that the Mystics won the WNBA Finals, and after being swept in the finals last year, it did not go unnoticed. Former President Barack Obama, Kobe Bryant, and other stars took to social media to congratulate the team on the win. See what everyone had to say about the well-deserved championship ahead, and congratulations to the Mystics on their first-ever WNBA title!

Related:
These Are the 2 Ab Exercises WNBA Star A'ja Wilson Swears by For a Strong Core
Previous Next Start Slideshow
WNBASportsFemale AthletesBasketballTwitter Reactions
Around The Web

Unstoppable
Women's Sports Lack Coverage, So Alex Morgan and 3 Other Athletes Started Their Own Company
by Samantha Brodsky 1 day ago

Sports
These Black Softball Players Are Done With Stereotypes, Microaggressions, and Being Ignored
by Maggie Ryan 6 days ago

Healthy Living
With 6 Months Until the Paralympic Games, These Are the Athletes We Are Excited to Watch
by Christina Stiehl 1 week ago