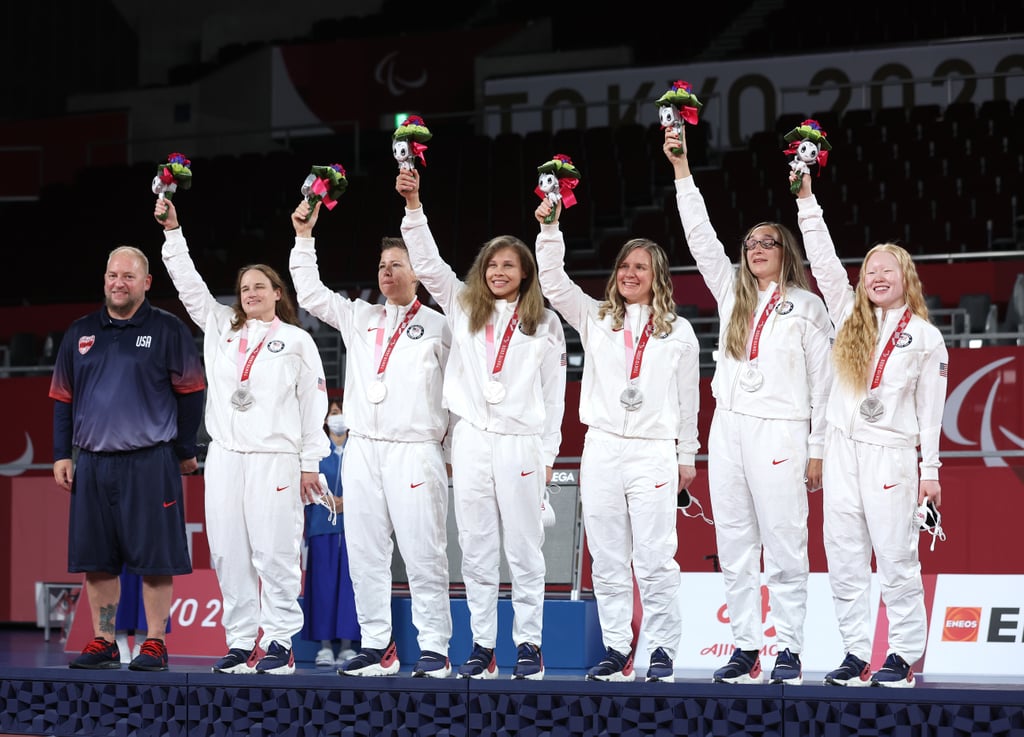 Team USA's women's goalball team made it to the gold medal match in the 2021 Paralympics on Sept. 3 but lost to defending champs Turkey 2-9. As Team USA brings home a silver medal from Tokyo, it caps off the country's impressive run in the sport since it first appeared for women in the Paralympics in 1984. Team USA has a total of seven Paralympic medals in goalball: two gold, three silver, and two bronze.

Team USA played the finals without lead scorer Amanda Dennis, and US coach Jake Czechowski explained why after the game. "Clearly, everybody saw that we did not have our full squad available," he said, according to Fort Wayne's NBC. "That was my decision. We had a pre-game injury and I'm always going to err on the side of caution for my athletes. We want to play and compete and beat everybody in the world, but never at the expense of health."

Goalball is the first team sport for vision-impaired athletes. The game consists of two 12-minute halves and takes about an hour to play. Team USA's silver medal in goalball is part of an impressive run for women athletes at the Paralympics so far in Tokyo. As of yesterday, women have won 65 percent of the medals for Team USA in Tokyo.

Scroll ahead to see photos from the gold medal match and Team USA's silver win on the podium.

Barack Obama
"I Saw You Guys Ball Out!": Obama's Phone Call to the Chicago Sky Is Full of Windy City Pride
by Maggie Ryan 19 hours ago

Olympics
Just How Fast Do Olympic Speed Skaters Move on the Ice? Blink and You Might Miss Them
by Emily Weaver 1 day ago