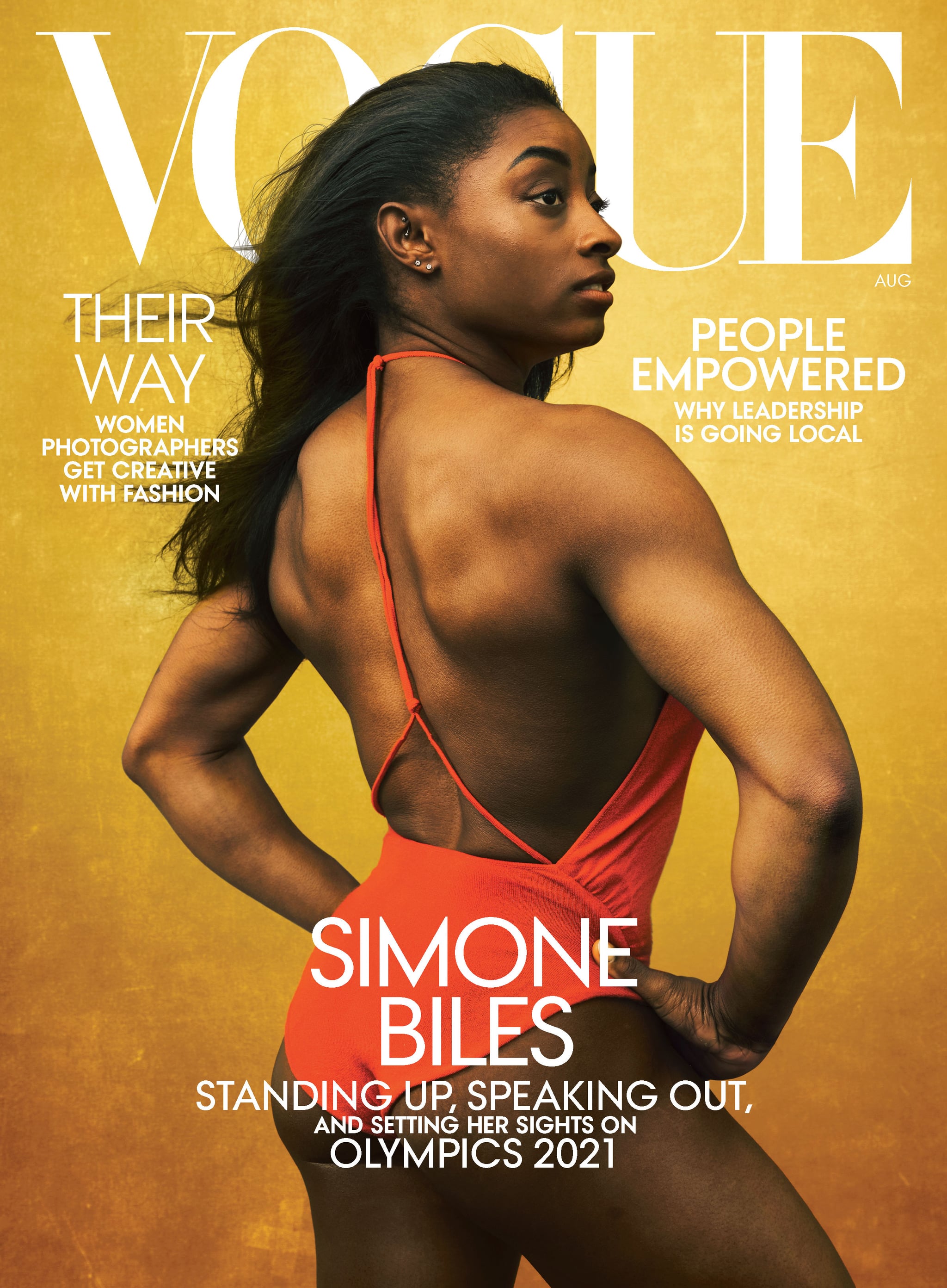 Simone Biles graces the August cover of Vogue, and with the postponement of the 2020 Olympics, she reflects on her gymnastics journey, negative comments about her body, being a Black gymnast, Larry Nassar's abuse, and her plans for the 2021 Olympics.

At age 19, Simone wowed the world with her wins in Rio in the 2016 Olympics, where she took home four gold medals and one bronze — the first female American gymnast to do so at a single Olympics. Although gymnasts typically peak when they're teenagers, Biles, now 23, is unstoppable. But she faced struggles along her journey and was criticized for her appearance with rude comments. Biles said in the interview, "They focused on my hair. They focused on how big my legs were. But God made me this way, and I feel like if I didn't have these legs or these calves, I wouldn't be able to tumble as high as I can and have all of these moves named after me." 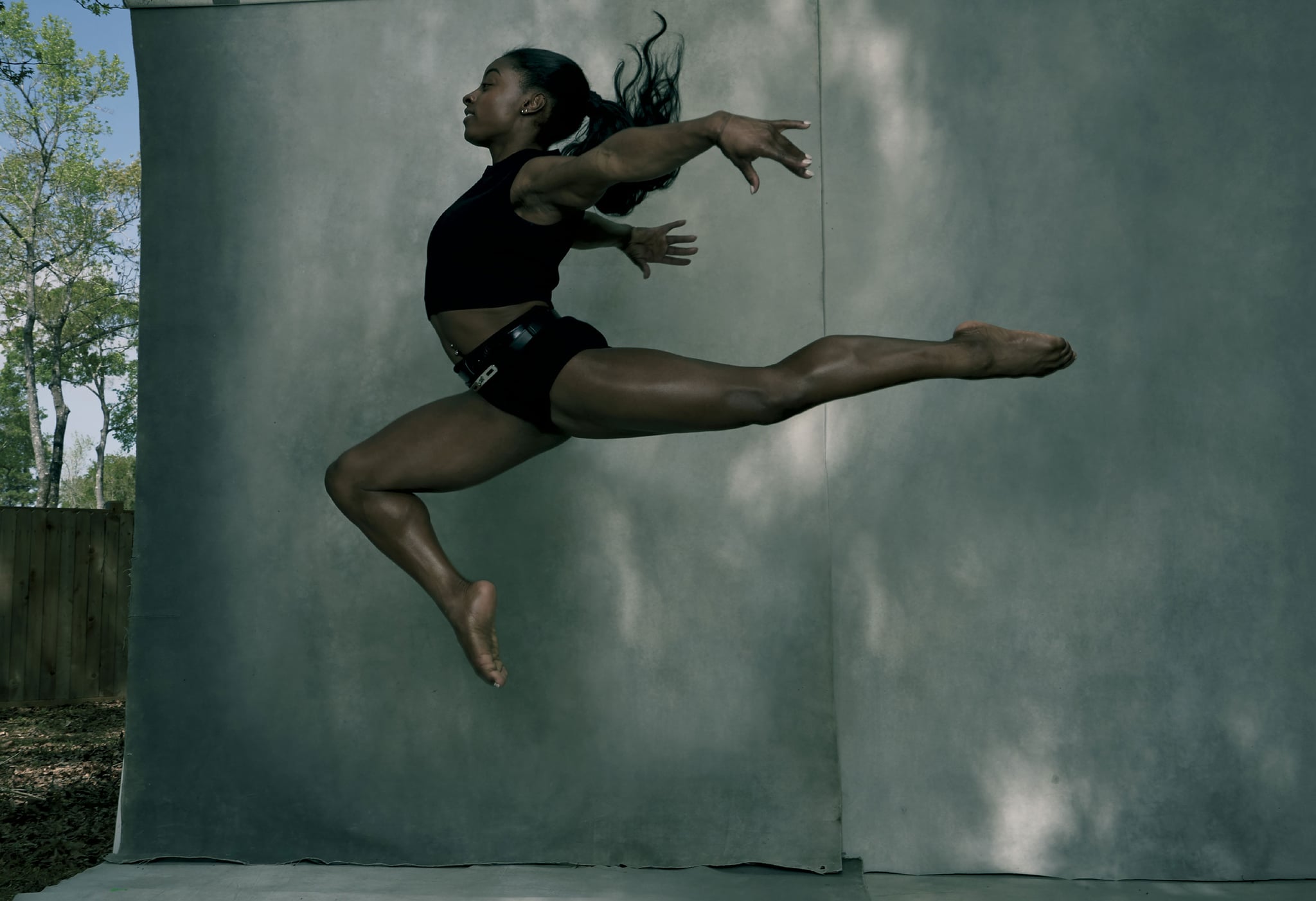 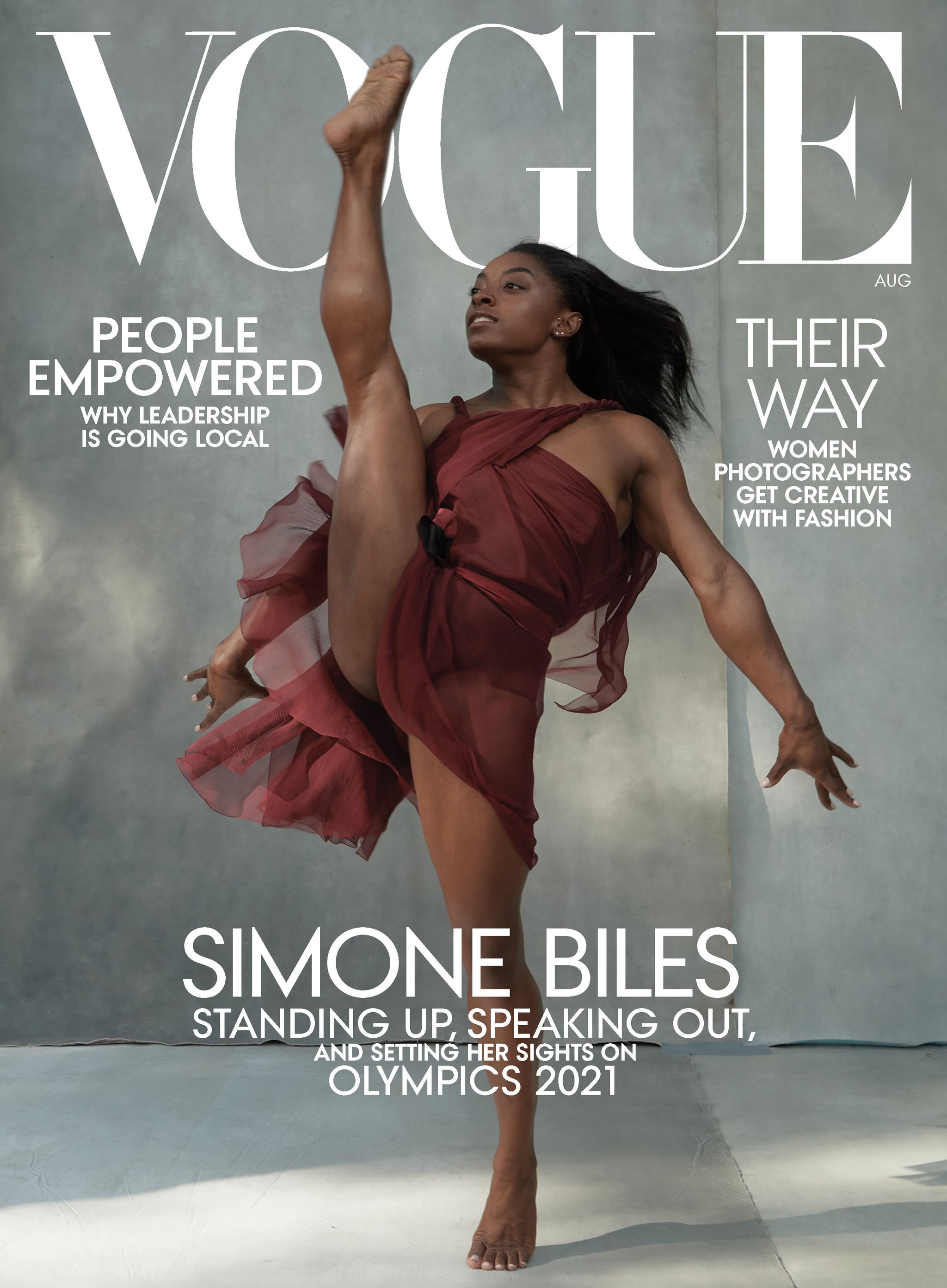 Biles also commented about what it was like being a Black gymnast, and how she felt about being in a sport where there weren't many athletes who looked like her. She said, "Growing up, I didn't see very many Black gymnasts, so whenever I did, I felt really inspired to go out there and want to be as good as them. I remember watching Gabby Douglas win the 2012 Olympics, and I was like, 'If she can do it, I can do it.'"

In the backdrop of her winning gymnastics career, Biles was dealing with abuse from Larry Nassar, the former gymnastics team doctor convicted of sexual abuse to hundreds of gymnasts. Recently, this story has come to light again with the release of the Netflix documentary Athlete A, which includes interviews from some of the over 150 women who first came forward about Nassar's abuse. Over 500 female gymnasts were survivors, including all five members of the 2012 Olympic team and four of the five members of the 2016 team, including Biles. She shared what a confusing and emotional period it was after Nassar was let go as the gymnastics team doctor in 2015.

Related:
When It Comes to Taking Care of Her Mental Health, Simone Biles Chooses Therapy

Biles explained that while on tour she had really bad anxiety. For example, while walking down a hall, she feared somebody was following her. "I just had a lot of issues that were unexplained until I finally figured out why. The dots connected," Biles said. She was very depressed, and coped by sleeping a lot to escape her thoughts and the world. "At one point I slept so much because, for me, it was the closest thing to death without harming myself." She recalled this as being a really dark time.

In training for the Tokyo 2020 Olympics, Biles had to train at the same facility where she was abused. And when it was announced that the Olympics would be postponed to the summer of 2021, her mother Nellie said Biles was crying and yelling, and added, "The loss is like [Biles] got a divorce or someone died, and she lost that person. That's how deep I believe the loss was."

Biles commented, "Obviously it was the right decision, but to have it finalized — in a way, you feel defeated because you've worked so hard." Back in April, Biles wasn't sure if she wanted to go to the Olympics in 2021. Now, she's sure and said, "I'm starting to train toward it." We can't wait to see what she accomplishes next summer.