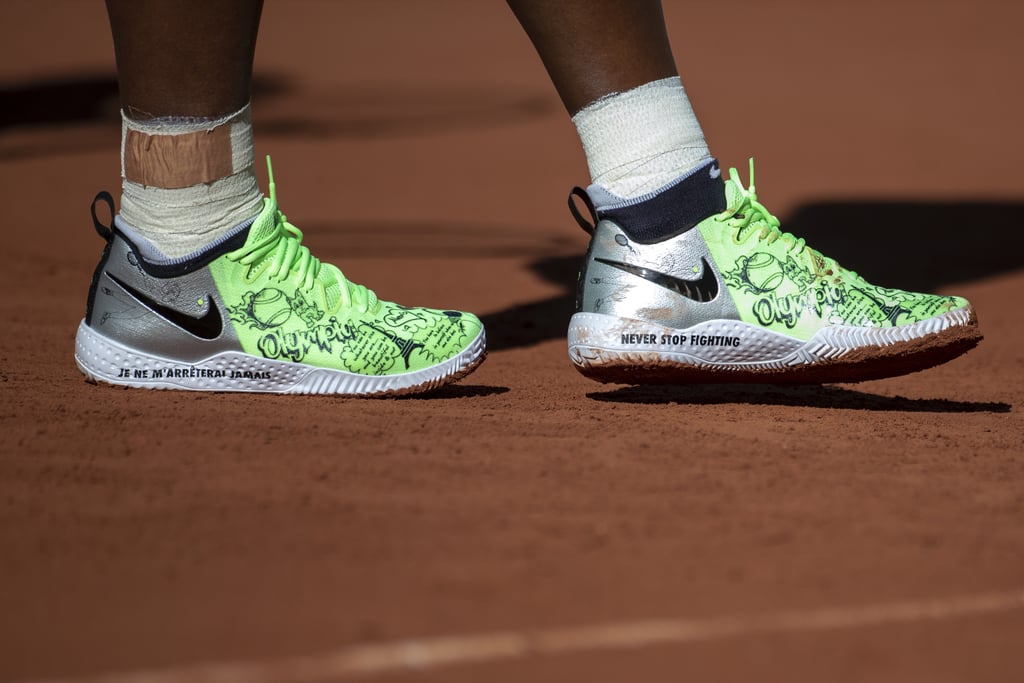 In addition to her unmatched tennis skills, Serena Williams is also known to make a statement on the court with her fashion. For day two of the French Open on May 31, she did just that with cool neon-green custom Nike sneakers that had sketches all over them. The kicks paid tribute to her daughter, Olympia Ohanian, and featured the nickname Lizzo coined in her song "Like a Girl": Serena Willy.

But the shoes also had a powerful statement as Williams played against Romanian player Irina-Camelia Begu. The supportive midsole on the left shoe said "Never stop fighting" in English and a similar statement in French on the right shoe: "Je ne m'arrêterai jamais," which roughly translates to "I will never stop."

The sneakers also had an illustration of the Eiffel Tower and a dog, presumably her Yorkie Chip; the word QUEEN, the phrase "come on"; and much more. Williams defeated Begu 7-6(6), 6-2 in the tournament's first-ever night session and advanced to the second round of the French Open. Scroll through to see close-ups of the shoes and Williams in action.

Sports
Aly Raisman and McKayla Maroney Have a Message For Sexual-Abuse Survivors: You're Not Alone
by Samantha Brodsky 3 days ago

Running
3-Time Paralympian Melissa Stockwell Learned That Despite It All, "You Can Surprise Yourself"
by Samantha Brodsky 4 days ago 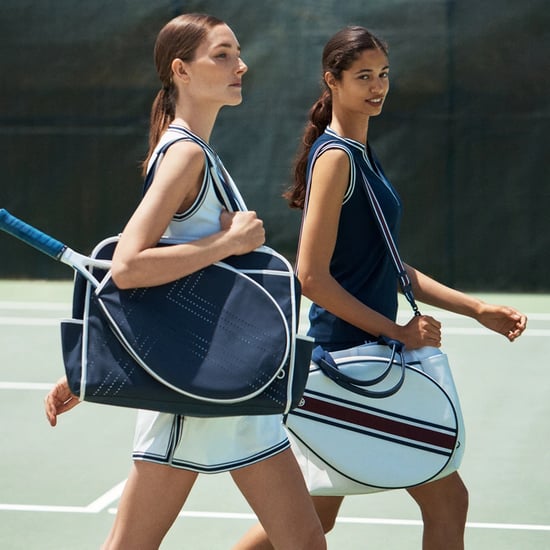 Tennis
If You've Gotten Into Tennis Recently, You Need a Cute Bag to Store Your Racquet
by India Yaffe 4 days ago