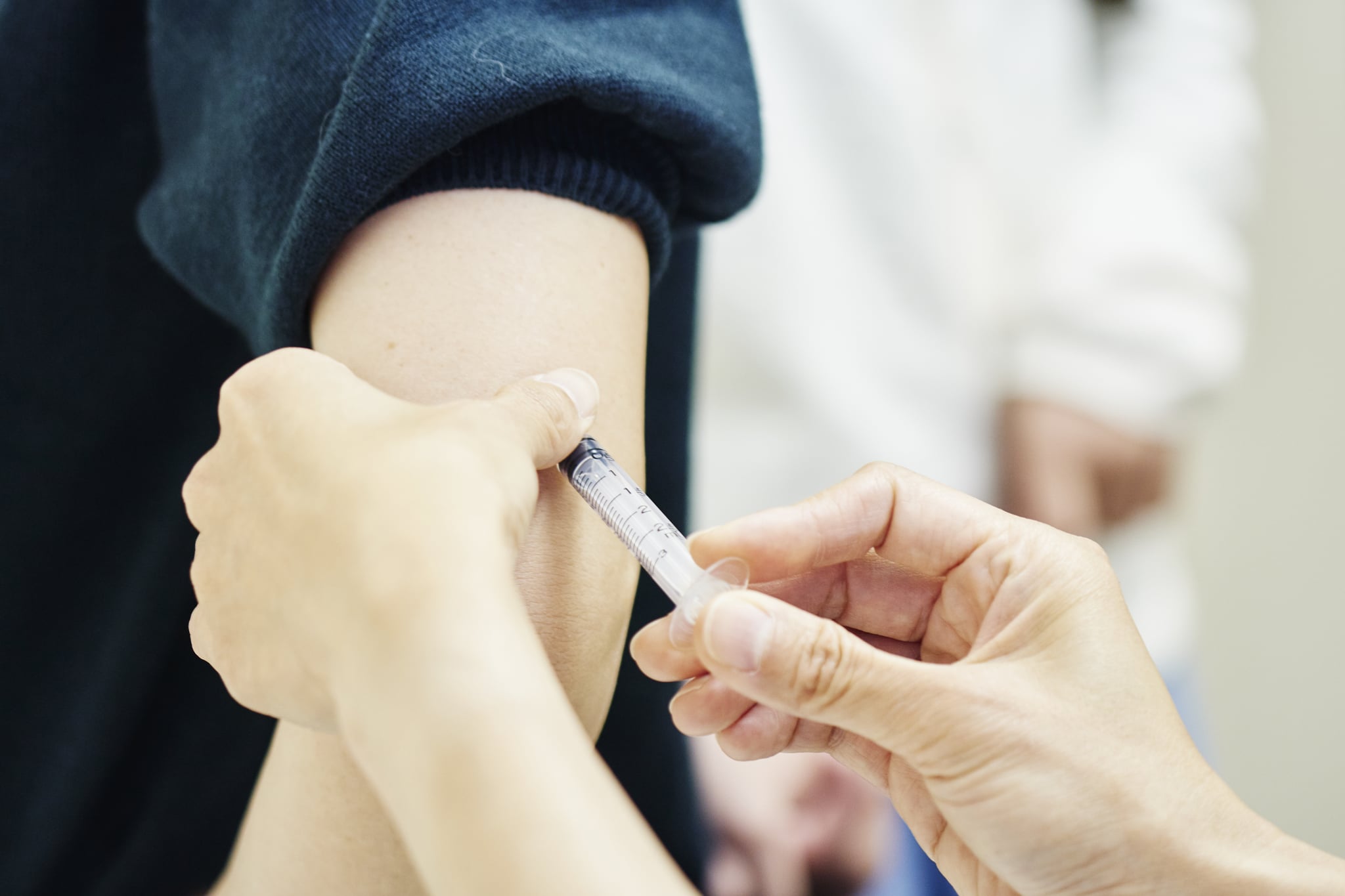 Update: AstraZeneca announced in November that its COVID-19 vaccine developed with the University of Oxford had an average efficacy rate of 70.4 percent, and the analysis has since been peer-reviewed and published in The Lancet, confirming this efficacy. The analysis reiterated that the vaccine's effectiveness was 62 percent in trial participants in Brazil who received two full doses of the vaccine and 90 percent in those in the UK who received a half dose (or "low dose") followed by a full dose.

AstraZeneca originally did not disclose specifics on the 131 COVID-19 cases analyzed across the two trials when taking efficacy into account. The Lancet's analysis, though, noted there were 30 cases in people who were vaccinated and 101 in the control group.

The researchers wrote that the vaccine shows "significant vaccine efficacy of 70.4% after two doses and protection of 64.1% after at least one standard dose, against symptomatic disease, with no safety concerns." The safety data — stating "the vaccine had a good safety profile" — was collected from over 20,000 participants total enrolled across four clinical trials in those two locations and South Africa. Efficacy data from the trial in South Africa, where around 2,000 people are participating, was not included in this publication.

There were 175 "severe adverse events" in the trials: 84 events among those who received the vaccine and 91 in the control group, three of which were said to be possibly related to the vaccine itself or the control vaccine. This includes a case of haemolytic anaemia in a phase 1/2 UK control group, a potentially vaccine-related high fever in the South African trial, and one transverse myelitis case after vaccination.

Health officials have voiced concerns about the half-dose regimen given in the aforementioned UK trial, stating that the efficacy rate may go down after further testing (plus, the company's initial announcement didn't mention that this half-dose regimen resulted from an error). Additionally, the half dose was not tested in people over 55, and not all of the participants who received the initial half dose got the second full dose in the same time frame, according to The New York Times. "I think there remain questions about whether the result in the low-dose standard dose is a real robust biological result," Natalie Dean, a biostatistician at the University of Florida, told Stat News. "Will it hold up?"

Lack of transparency from AstraZeneca has affected its standing with the FDA, The New York Times reported, adding that it may take time before it catches up with companies like Moderna and Pfizer (note: Pfizer is on the verge of receiving emergency use authorization), especially given that the US clinical trial was delayed by 47 days due to transverse myelitis symptoms reported in two other participants. "Independent clinical review of these cases has indicated that one in the experimental group and one in the control group are unlikely to be related to study interventions, but a relationship remained possible in the third case," the analysis in The Lancet read.

As of now, the AstraZeneca clinical trial in the US continues. The New York Times reported that the trial was halfway to its enrollment goal of 30,000 people as of last week.

Related:
Here's Everything We Know About the Side Effects of the COVID-19 Vaccines So Far

Original post: In more COVID-19 vaccine news, a candidate developed by the University of Oxford and pharmaceutical company AstraZeneca was found to have an average efficacy rate of 70.4 percent following preliminary analysis of a phase 2/3 clinical trial in the UK and phase 3 trial in Brazil. This comes a week after Moderna initially announced its vaccine was 94.5 percent effective and Pfizer released updated info that its own vaccine has an efficacy rate of 95 percent.

The information from Oxford is derived from 131 total COVID-19 cases (out of 24,000 volunteers) and two separate dosing regimens. One showed a 90-percent efficacy rate when a half dose was given followed by a full dose at least one month apart, and another showed 62-percent efficacy rate when two full doses were administered at least one month apart, according to an AstraZeneca press release.

AstraZeneca said that an independent Data Safety Monitoring Board determined the vaccine showed protection from COVID-19 at least 14 days after receiving two doses. Oxford further said that a final analysis of the vaccine's efficacy rate is coming, as well as future review to determine how long the vaccine protects people from the virus. The companies are preparing for submission of this data around the world for early or conditional approval. "The Company will seek an Emergency Use Listing from the World Health Organization for an accelerated pathway to vaccine availability in low-income countries," AstraZeneca stated.

The vaccine is made from a weakened version of a common cold virus, adenovirus, and AstraZeneca reports that it contains the genetic material of the COVID-19 virus spike protein. "After vaccination, the surface spike protein is produced, priming the immune system to attack the SARS-CoV-2 virus if it later infects the body," AstraZeneca said. Earlier trial results showed that the vaccine produced a strong antibody and T cell immune response across all ages, including older adults, according to Oxford.

The New York Times reports that it's not clear why the half-dose regimen has proven to be more effective, and though a clinical trial is also being conducted in the US, this specific half-dose regimen is not being tested yet, and AstraZeneca said it would work with the FDA to add it to that trial. Plus, The New York Times stated that results from the US trial are not expected until next year.

No serious safety risks were reported in the Brazil and UK trials, and there were no severe cases of COVID-19 or hospitalizations in the cases evaluated. This vaccine can reportedly be stored for up to six months in a regular refrigerator — by comparison, Pfizer's candidate needs to be stored at a freezing-cold temperature: minus 70 degrees Celsius. AstraZeneca said it's en route to making up to 3 billion doses in 2021, with 20 million doses available in the UK by the end of the year.

POPSUGAR aims to give you the most accurate and up-to-date information about the coronavirus, but details and recommendations about this pandemic may have changed since publication. For the latest information on COVID-19, please check out resources from the WHO, CDC, and local public health departments. 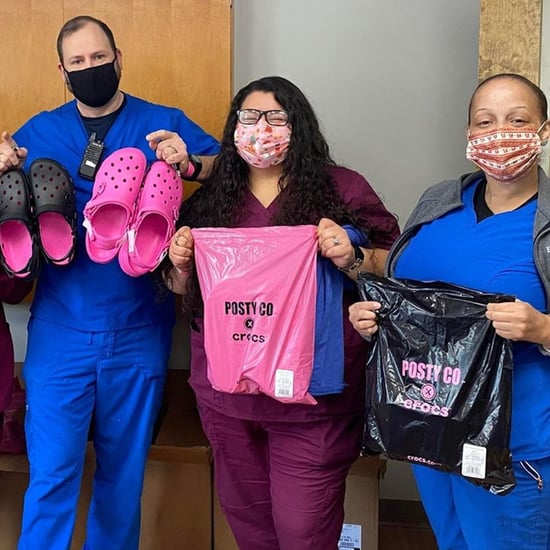 Post Malone
"So Grateful": Post Malone Donates 10,000 Pairs of His Sold-Out Crocs to Frontline Workers
by Chanel Vargas 2 days ago

Healthy Living
Knix (Makers of Period Undies and Sports Bras) Have Face Masks — They're Great For Workouts!
by Jenny Sugar 2 days ago 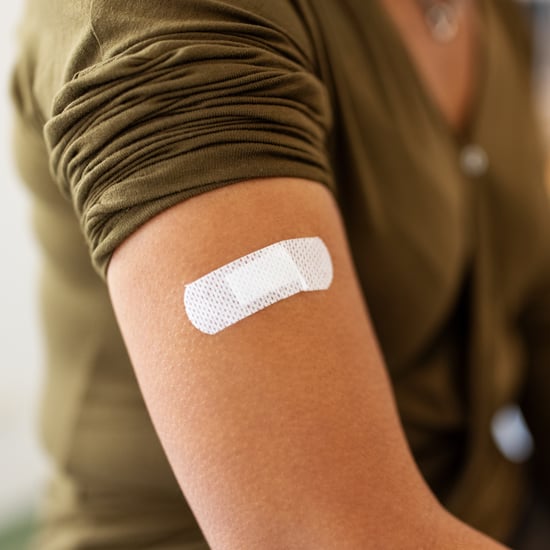 Coronavirus
Will the COVID-19 Vaccine Still Be Free Once It's Available to the Public? Experts Say Yes
by Dominique Michelle Astorino 3 days ago

Politics
After Riot Lockdown at the Capitol, Congresspeople Are Starting to Report Positive COVID-19 Cases
by Samantha Brodsky 4 days ago 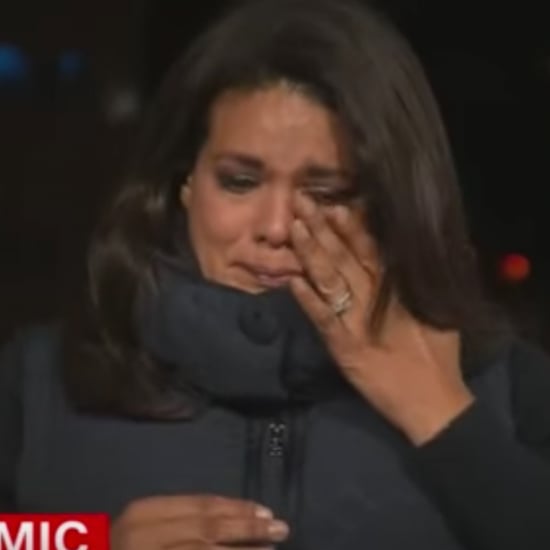 Coronavirus
"Don't Let This Be You": CNN's Sara Sidner Fights Back Tears During Live COVID-19 Report
by Chanel Vargas 4 days ago