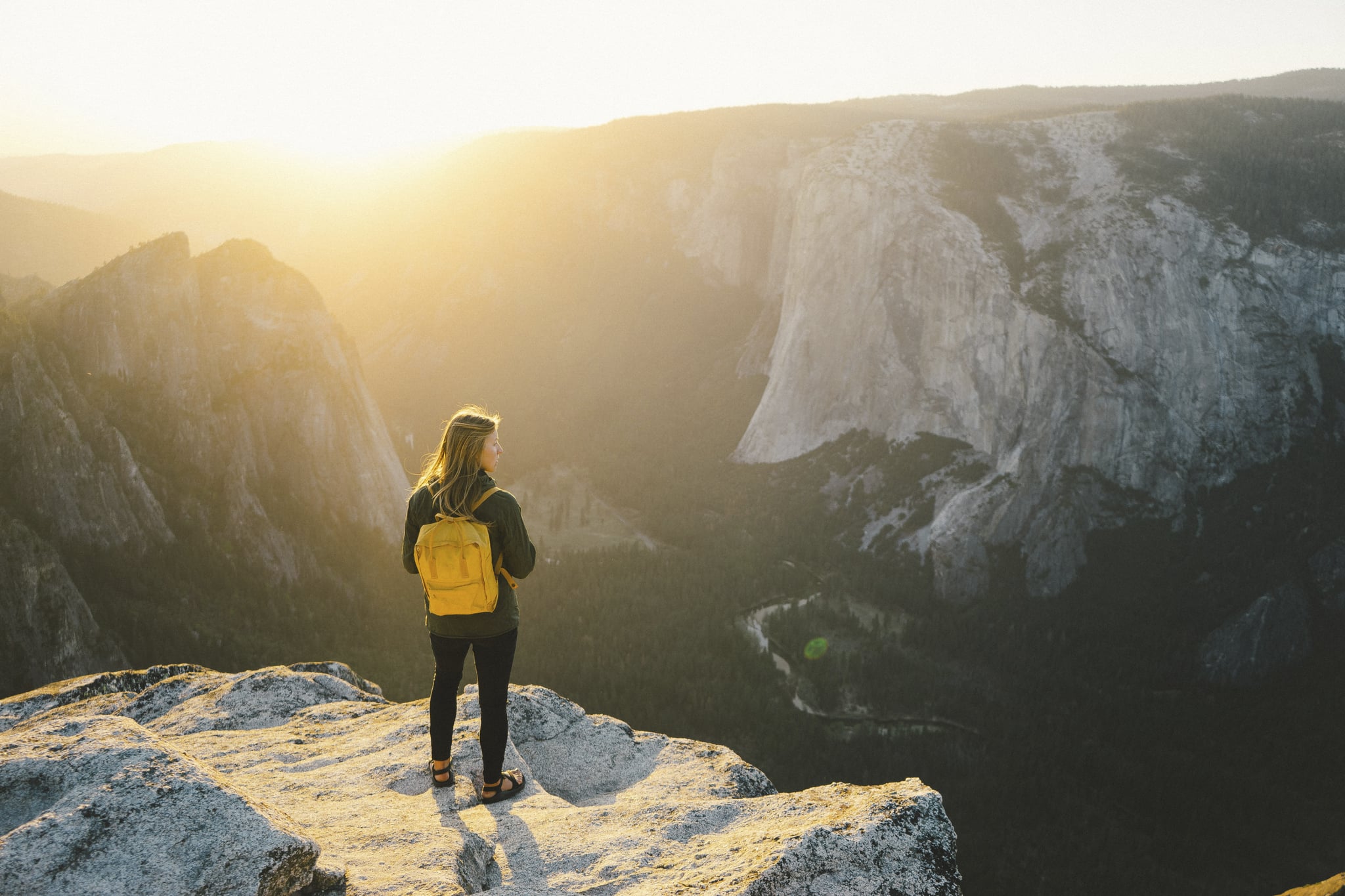 Physical activity became a part of my life the moment I could walk. I was an energetic toddler, and my dad wasted no time teaching me to swim and taking me on hikes in our small New England town. It wasn't long before I decided to channel all my energy into dance — specifically ballet. I started dancing 30 hours a week and enrolled in online school so I could focus on my training. But like many ballet dancers, I developed an eating disorder in middle school — and from that day forward, my relationship with exercise changed.

I spent hours on Google trying to determine how many calories I was burning during the day, while taking ballet classes or evening walks in the neighborhood with my best friend. I trained all day and arrived home sore and exhausted, but I'd squeeze in another workout if I felt it necessary to burn extra calories.

When I entered treatment for my eating disorder, I was put on a "gain weight" diet plan that included supplements and strict instructions to move as little as possible. During my first few weeks in the hospital, I wasn't even allowed to go to the common area because it required walking up a flight of stairs. When I returned home, my best friend came to my house after school and we sat in my room instead of taking a walk. I enjoyed her company as much as ever, but I felt increasingly restless. With time, I was medically cleared to return to ballet — and only ballet — but eventually, I left dance behind to go to college.

Related:
I Battled an Eating Disorder Throughout College — Here's What I Would Tell Myself Now

After a relapse during my freshman year, I sought treatment again and began maintaining a healthy weight — but the underlying issues were still there and felt more painful than ever without ballet to distract me. I still had diagnoses of PTSD, depression, and anxiety, so I continued to meet with a therapist and psychiatrist. Much to my disappointment, my weight gain didn't solve all my physical health problems; I was exhausted despite getting enough sleep and frequently had migraines. Therapists and doctors urged me to do things like get on a consistent sleep schedule and watch my alcohol and caffeine intake. But everyone seemed wary of suggesting exercise and, somewhere along the way, I'd lost my passion for it.

Therapists and doctors seemed wary of suggesting exercise and, somewhere along the way, I'd lost my passion for it.

When I moved to New York City after graduation, it became painfully obvious to me that I was one of the few people who wasn't exercising regularly. Some of my friends and colleagues were training for half-marathons, and the ones that weren't went to the gym at least a few times a week. After years of being the "active" one among my peers, the tables had turned. I joined the gym and entered with trepidation. When the elliptical prompted me to enter my height and weight, I had to estimate because I'd gotten rid of my scale, and I spent the rest of the night obsessing over what the exact number could be. I enjoyed working out more than I expected, but I couldn't stop staring at the dreaded "Calories Burned" number on the screen. (Unfortunately, I also couldn't bring myself to turn it off.) I continued semiregular workouts, but those numbers triggered my anxiety so, mentally, I didn't exactly reap the benefits of exercise like I'd hoped.

I rediscovered my love for physical activity by accident. As much as I loved the city, I realized I missed nature, and I began going home to Connecticut on the weekends. When my best friend suggested a hike to admire the autumn views, I agreed and borrowed my mom's hiking boots. We hiked a six-mile loop, and for the first time in years, I felt the happiness and freedom I used to associate with exercise. I was in a good mood for the rest of the day, and hikes became a regular part of my life. I even traded New York for Seattle so I could have easier access to hiking and skiing.

Related:
The Extremely Important Reason I Work Out Every Day — It's Not to Lose Weight

As I began to exercise regularly, my appetite increased, and this time, I listened to my body. Still wary of the gym, I opted for a variety of classes and ended up loving kickboxing and indoor climbing. During my bouts of depression, I've noticed a marked difference when I continue to exercise. It's not a miracle worker (unfortunately, that doesn't exist for depression), but it definitely boosts my mood, and I'm determined to do everything I can to help ease my symptoms. Sometimes if it's late and rainy, I hop on the elliptical or treadmill in my apartment building's gym — but I turn off the "Calories Burned" function and focus on a podcast instead.

Because eating disorders often go hand in hand with mental illness, exercising to improve the symptoms of depression or anxiety can be incredibly tricky. I'm sure it's different for everyone, but for me the game changer has been finding physical activities that I genuinely enjoy — and because I'm having fun, my mind is less likely to wander to calories. When I'm unplugged from technology and hiking in some of the most beautiful mountains in the country, I feel peaceful, and I can honestly say that my weight is the furthest thing from my mind. Kickboxing and climbing both require mental focus, and as I improve in each activity, I feel physically and mentally stronger.

Exercise has become such an important part of maintaining my mental health that it actually motivates me to eat well and keep my weight in a healthy range — after all, I don't want one of my strongest, healthiest coping mechanisms to be taken away. I used to cope with my depression and anxiety by restricting calories; now, I go for a hike or head to the climbing wall. It took a long time to get here, but I can finally say the latter option is infinitely superior. 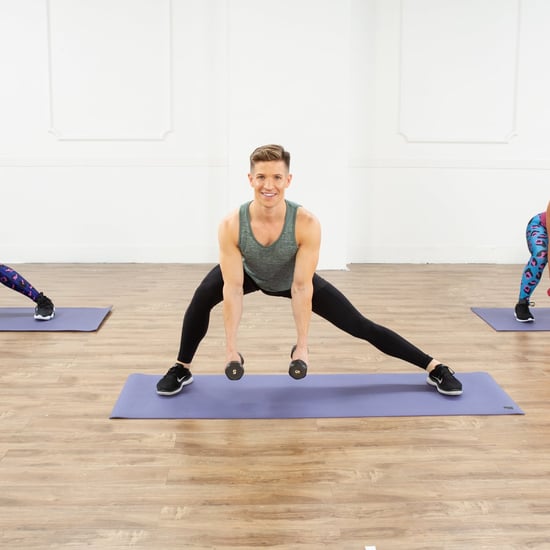 Instagram
We're Going Instagram Live This Week With a Fresh Slate of Live, At-Home Workouts!
by Maggie Ryan 11 hours ago

Personal Essay
If You Know, You Know: Heating Up Quest Bars Makes Them Taste Like Freshly Baked Cookies
by Caitlin Gallagher 1 day ago

Healthy Living
If You're Feeling Stressed, These 7 Therapist-Approved Techniques Can Help You Relax
by Tamara Pridgett 1 day ago 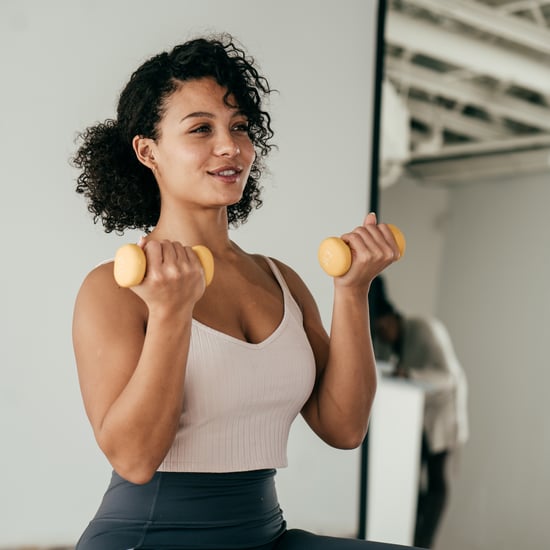 Workouts
Yes, You Can Get a Good Workout With Those Light Weights You Have at Home — Here's How
by Maggie Ryan 1 day ago