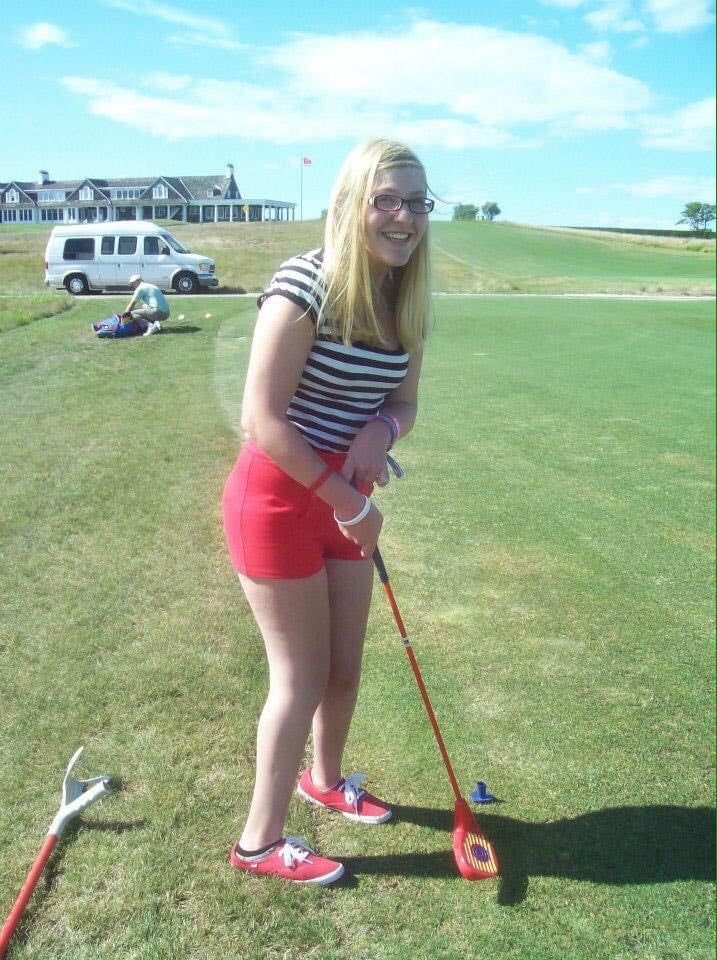 The Netflix documentary Crip Camp centers on the disability-rights movement and a camp for disabled people in upstate New York called Camp Jened. Jened closed down in the 1970s, and since I was born with cerebral palsy in the late '90s, I never got to experience it. However, I attended a summer camp for disabled children — called Southampton Fresh Air Home, or SFAH — for a little under a decade. Years after the revolutionary 1960s and '70s, disabled kids are still going to camp, finding themselves, and taking what they've learned out into the world. This is the message of Crip Camp that seems to have eluded most of its abled audience. The film isn't about a moment or a movement but a way of existing in the world as disabled.

SFAH is tucked away behind Shinnecock Hills, the famous golf course in Southampton, NY. It's a small hideaway among some of the biggest houses I've seen on Long Island. I remember climbing the winding cement ramp that bisects the green campus on my way to the pool. Wheelchairs, walkers, and crutches would drag up and down the hills as campers chanted and counselors fought with blow-up swimmies.

Like Jened, SFAH is a place where many of us found our first loves. Unlike Jened, the camp wasn't run by hippies, so campers had to find a place to make out or else be separated by two counselors, who were designated as the "PDA police." On the first day of camp, the head counselor laid out what she considered to be PDA. The list included "crutching" (touching another camper's crutch), footrest bumping, kissing, or canoodling. That, however, did little to discourage us. When counselors weren't around, many of us would kiss or hold hands. 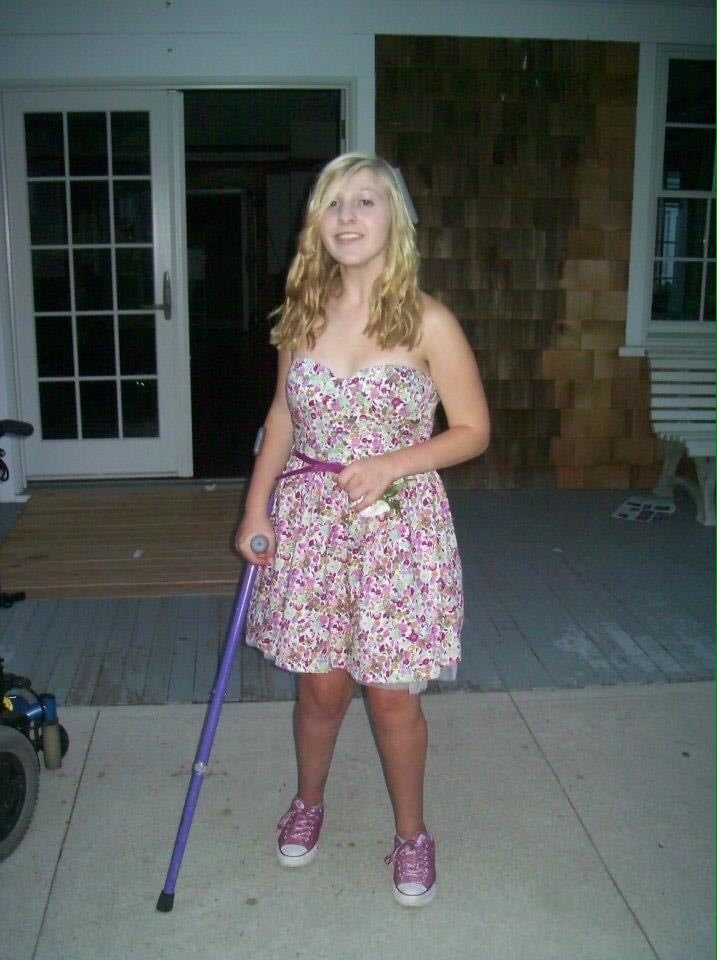 Growing up with a visible disability often made it difficult for me to form relationships in public school. Most kids were nice to me but always treated me a bit differently. At SFAH, I felt like just another girl: a potential love interest, a best friend. At SFAH, I was Erica. In this sense, I felt free to explore my options and to take risks. I went to the camp prom with Alex, then later on with Kevin. Kevin and I held hands on a picnic bench — too cool to dance with everyone else on the makeshift dance floor, or maybe we knew it was the only place we could hold hands without getting caught. I was convinced it was love. He understood disability, and we texted 24/7 the first month or two after we left camp. Our romance fizzled out midway through my sophomore year of high school, as young love tends to do, but our courtship had lasting effects on how I perceived myself. I saw myself as someone who was attractive, as someone who could be loved.

While I found romantic "love" at camp, more importantly, I found self-love. Disabled people are often made to feel burdensome by mainstream, able-bodied society. At other times, we're hailed as inspirations for simply existing in disabled bodies. However, it's rare to find spaces where we feel fully human and accepted. SFAH was where I had my first relationships, complete with sweaty palms and hammering pulses. It was where I formed lasting friendships — learning crip interdependence, where campers would help one another with tasks like getting a sweatshirt over a spastic arm or eating a snack when the counselors were busy. It was where I learned to spot the difference between a spaz-attack and a seizure. At camp, disabled was the norm. Disabled was beautiful. Disabled was just a part of our beings.

Activism is often thought of as physical protests, phone banking, letter writing, and other tangible modes of communicating that the status quo is unacceptable. However, camp taught me that expressing my sexuality, forming friendships, and trying new things like sailing, dancing, or yoga all counted as resistance, too. Camp taught me that existing as a disabled person and learning to love myself as I am is itself a form of activism. 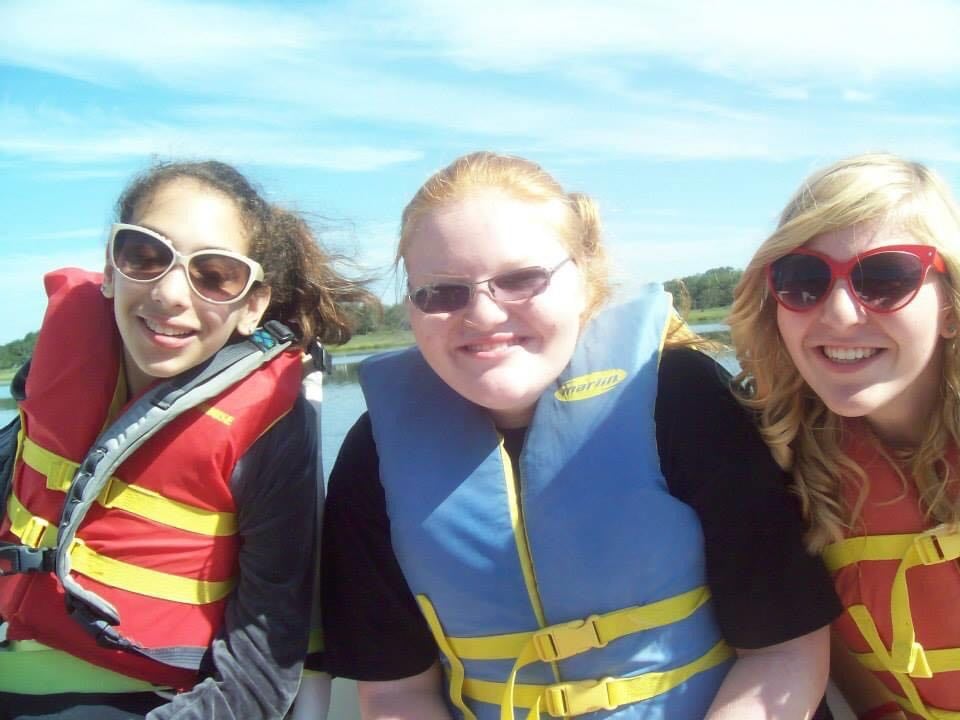 Toys
I'm Iranian American, and I'd Love to See an American Girl Doll That Looks Like Me
by Tooka Zokaie 1 day ago

Small Space Living
Living Alone During the Pandemic Taught Me About My Strength, My Priorities, and Myself
by Camila Barbeito 1 day ago

TikTok
Am I the Only One Who Tried the Baked Feta Pasta Recipe and Hated It?!
by Kalea Martin 2 days ago