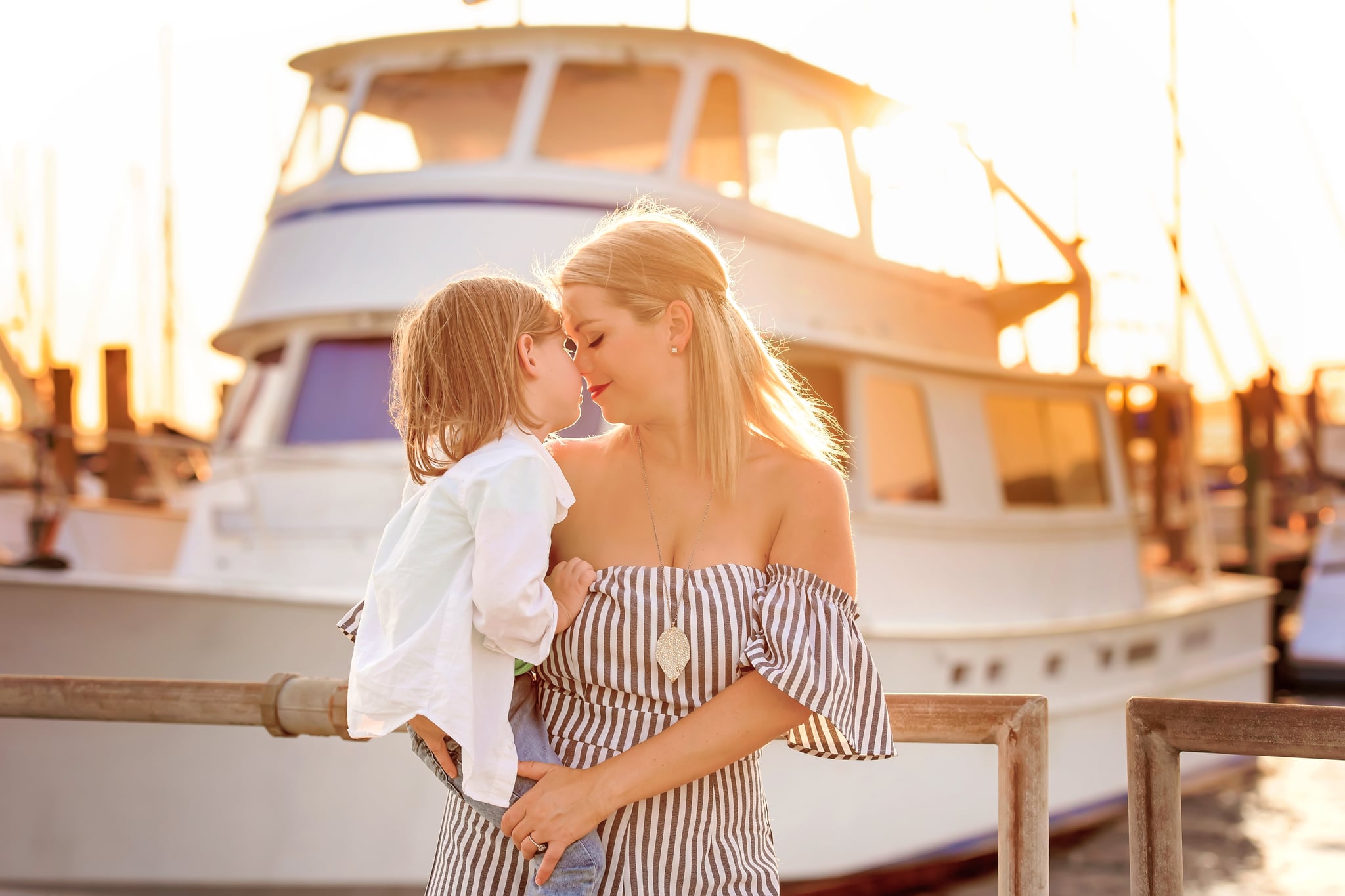 I wish I could stop them, all the terrible side effects. The nagging feeling of something going awry. The fear of an unexpected illness, tragedy, or death. The ultimate panic of the air leaving my lungs. The sudden urge to curl into a ball on the floor and take cover. I'm constantly looking over my shoulder because I'm worried there might be something that poses a threat. This is post traumatic stress disorder, and it's a condition I've struggled with since the death of my husband in 2014.

My husband Justin was shot and killed in front of me and our infant son, who was just 3 days old. I heard the loud pop of the gun, the living room window shattering into a thousand pieces, the screams of the others in the room. I had to crawl on the floor to my husband's lifeless body and feel for a pulse. If something like that doesn't change the makeup of a person's brain, I don't know what will. The long-lasting effects of what happened live on in my heart, mind, and body like the plague. On June 17, 2014, my life became a constant battle of good versus evil. A battle I still fight every day.

Four years have passed and I've recently remarried to a wonderful man who adores me and my son. Apart from going back to the moments before Justin was killed, I'm happier than I've ever been. But my life is very different now. The trauma that I've had to endure will always infest my life, and a diamond ring doesn't make it suddenly disappear. 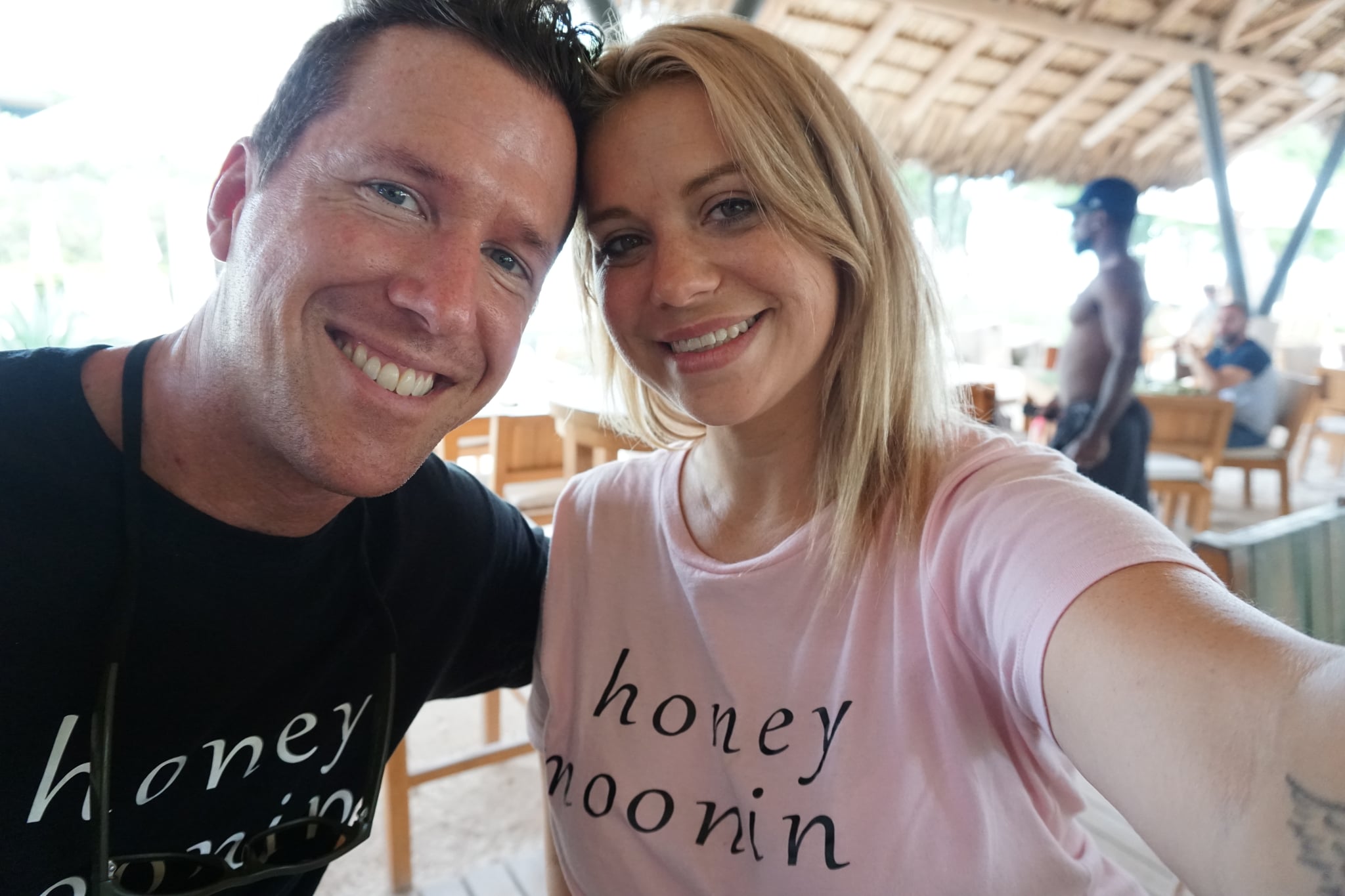 My new husband, Don (above), will now see my disorder in its true form. There's no more hiding it. He has quickly learned what triggers to look for and even gone to therapy with me. He's been more understanding than most and I thank my lucky stars to have found true love twice. But marriage is already complicated, and the PTSD will definitely keep things a bit more interesting.

Even though my family and friends are alarmingly aware of my tragedy, they tend to forget how present the trauma still is. They remember that I lost Justin, and that I still identify as a widow. They remember to reach out during the anniversaries and holidays, and they understand that from time to time I might need a little extra TLC. Still, it's virtually impossible for them to relate. I'm glad, because I wouldn't curse this pain on anyone. But I do wish that they would try a little harder to remember my PTSD, just as they remember my grief. They don't realize how it affects me in my everyday life.

It's easy to miss the clear signs of an impending trigger — for me that's startling noises like police sirens, a balloon pop, a broken glass, or a firecracker. They sit beside me at dinner and don't bat an eye when the waiter drops a tray of plates, or look at me like I'm nuts for worrying when I can't get in touch with my husband or son. They act as if I'm overexaggerating when I wear soundproofing headphones on the Fourth of July, a day I have to psych myself up for all year long.

There may be no physical sign of trauma, but that doesn't mean it isn't there.

The PTSD Alliance estimates that eight percent of adults will develop PTSD in their lifetime. In the United States alone, there are roughly seven million people living with the disorder. PTSD isn't limited to war veterans and grief-stricken widows. It can affect anyone who has experienced a traumatic event (even children), whether that's a car accident, sexual abuse, a house fire, or a natural disaster like a hurricane or tornado. There may be no physical sign of trauma — not even a spouse or child who's missing from the person's life — but that doesn't mean it isn't there. That's true even if they smile through the pain, as I so often do. I don't fault my loved ones for not fully grasping what PTSD is, but I wish more people would make an effort to understand what it's like to navigate it. There are hundreds of videos on YouTube from people living with PTSD. I even have one of my own.

Here's how I describe it: Imagine your worst nightmare coming true. For some of us, it might be a nightmare so horrific, our minds never envisioned it in the first place. Now imagine it's not a nightmare but your reality, and you're being forced to live it every day for the rest of your life, both physically and emotionally. This is PTSD in its truest form. If you take a second and try to understand it better, you might be able to help a loved one who's struggling. Ask them what their triggers are and how you can help when they are facing them head on. Try to remember that PTSD is always around. Sometimes it goes dormant and sometimes it becomes active like a volcano.

On the bad days, I've taught myself to pretend and go through the motions. But I certainly don't take the good days for granted. I've learned to love myself like never before and claim my victories when I can. I'm proud of how far I've come, and I will keep working on a healthier version of myself, both for me and those I love.

Workouts
I’ve Been Using This 1 Piece of Running Gear For 6 Months and Now I Can't Run Without It!
by Jenny Sugar 1 day ago 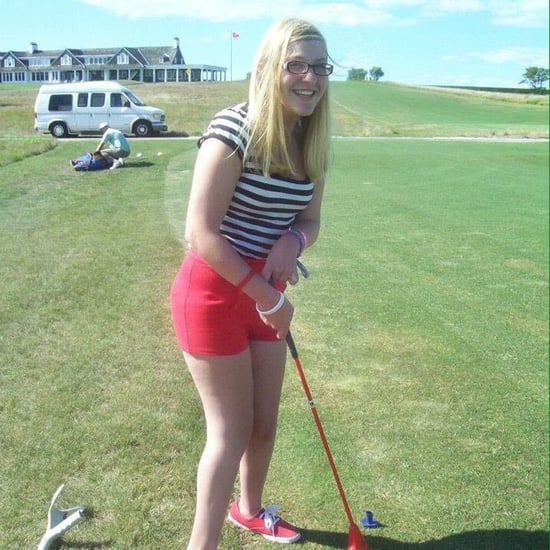 Personal Essay
I Went to "Crip Camp" Decades After the Disability Revolution, and It Changed How I Saw Myself
by Erica Mones 2 days ago

Nostalgia
With All the Force of a Great Typhoon, "I'll Make a Man Out of You" Is the Best Mulan Song
by Chanel Vargas 13 hours ago