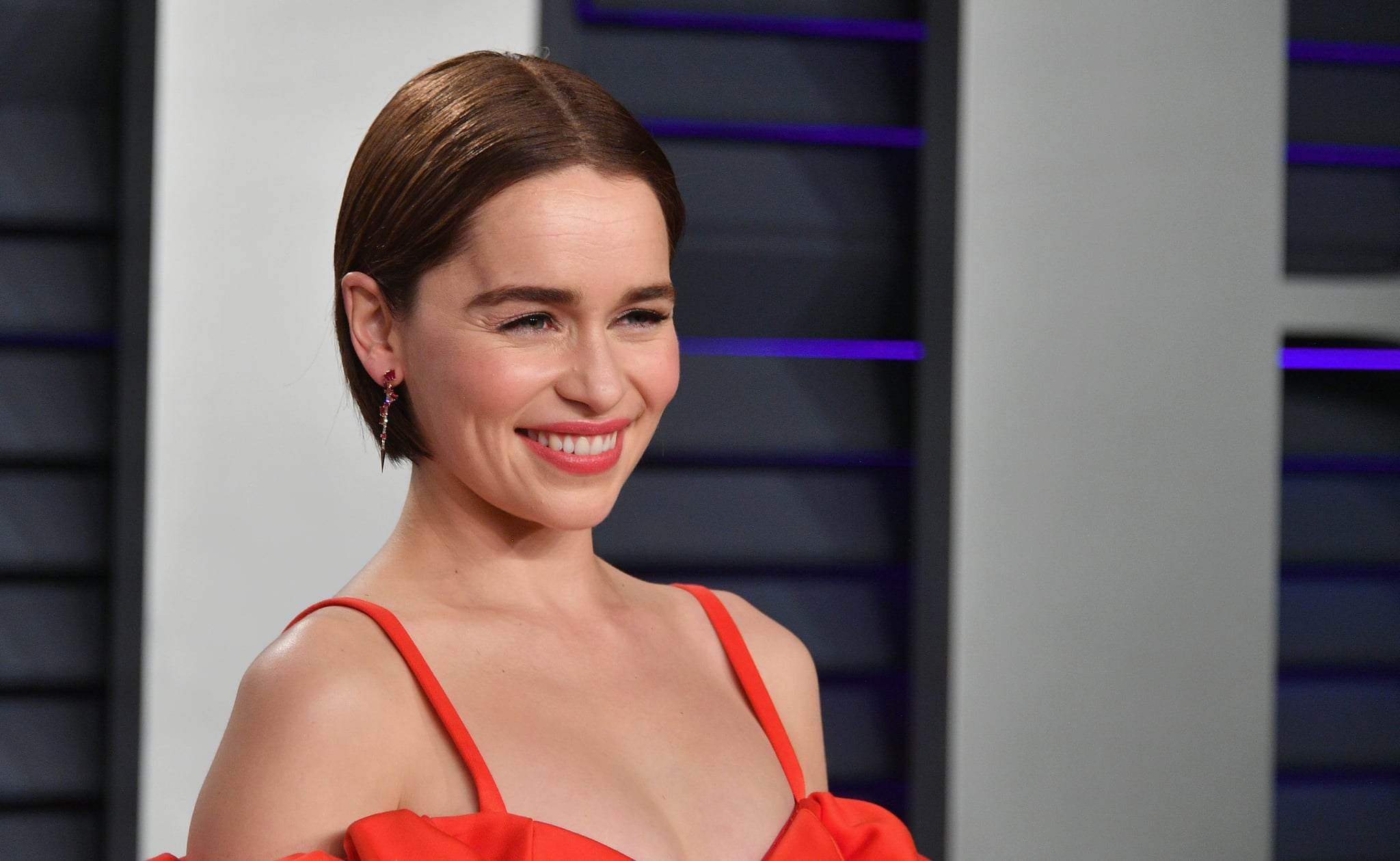 Life on the set of Game of Thrones wasn't always easy for Emilia Clarke. In a recent essay for The New Yorker, the actress opened up about her experience treating two life-threatening brain aneurysms during her first few years on the HBO show. In the essay, Clarke revealed that she experienced her first aneurysm in 2011 during a workout with her trainer, when she "felt as though an elastic band were squeezing my brain."

"I tried to ignore the pain and push through it, but I just couldn't. I told my trainer I had to take a break," the 32-year-old wrote. "Somehow, almost crawling, I made it to the locker room. I reached the toilet, sank to my knees, and proceeded to be violently, voluminously ill. Meanwhile, the pain — shooting, stabbing, constricting pain — was getting worse. At some level, I knew what was happening: my brain was damaged."

Clarke was then rushed to a hospital in London where she was diagnosed with a subarachnoid hemorrhage (SAH), a type of stroke caused by bleeding into the space surrounding the brain. Afterward, she was taken to another hospital where she underwent a "minimally invasive" brain surgery to seal off the aneurysm. She described the pain upon waking up as "unbearable," and recalled not being able to remember her name due to a condition known as aphasia.

"My full name is Emilia Isobel Euphemia Rose Clarke. But now I couldn't remember it," she said. "Instead, nonsense words tumbled out of my mouth and I went into a blind panic." Eventually the aphasia had passed, and Clarke began filming Season 2 of Game of Thrones within months of her recovery — but another, smaller aneurysm on the other side of her brain left her with more to worry about.

I was often so woozy, so weak, that I thought I was going to die.

"Even before we began filming Season 2, I was deeply unsure of myself. I was often so woozy, so weak, that I thought I was going to die," she wrote. "Staying at a hotel in London during a publicity tour, I vividly remember thinking, I can't keep up or think or breathe, much less try to be charming. I sipped on morphine in between interviews. The pain was there, and the fatigue was like the worst exhaustion I'd ever experienced, multiplied by a million."

After wrapping Season 3 in 2013, the second aneurysm had doubled in size, and Clarke was urged to undergo another surgery to "take care of it." The recovery period after her second surgery, unfortunately, ended up being worse than that of the first. "I emerged from the operation with a drain coming out of my head. Bits of my skull had been replaced by titanium," she said. "These days, you can't see the scar that curves from my scalp to my ear, but I didn't know at first that it wouldn't be visible. And there was, above all, the constant worry about cognitive or sensory losses."

Thankfully though, Clarke was able to push through after spending another month in the hospital. Now, as she announced near the essay's end, she's "at a hundred percent," and has founded a charity called SameYou which aims to help raise money for people recovering from brain injuries. Head over to The New Yorker to read Clarke's moving story in its entirety.

Barbie Ferreira
Did You Catch That Game of Thrones Easter Egg on Euphoria?
by Monica Sisavat 2 days ago

Product Reviews
I'm Wearing KN95 Masks Right Now, and Here's Why I Like the Evolvetogether Styles
by India Yaffe 1 week ago