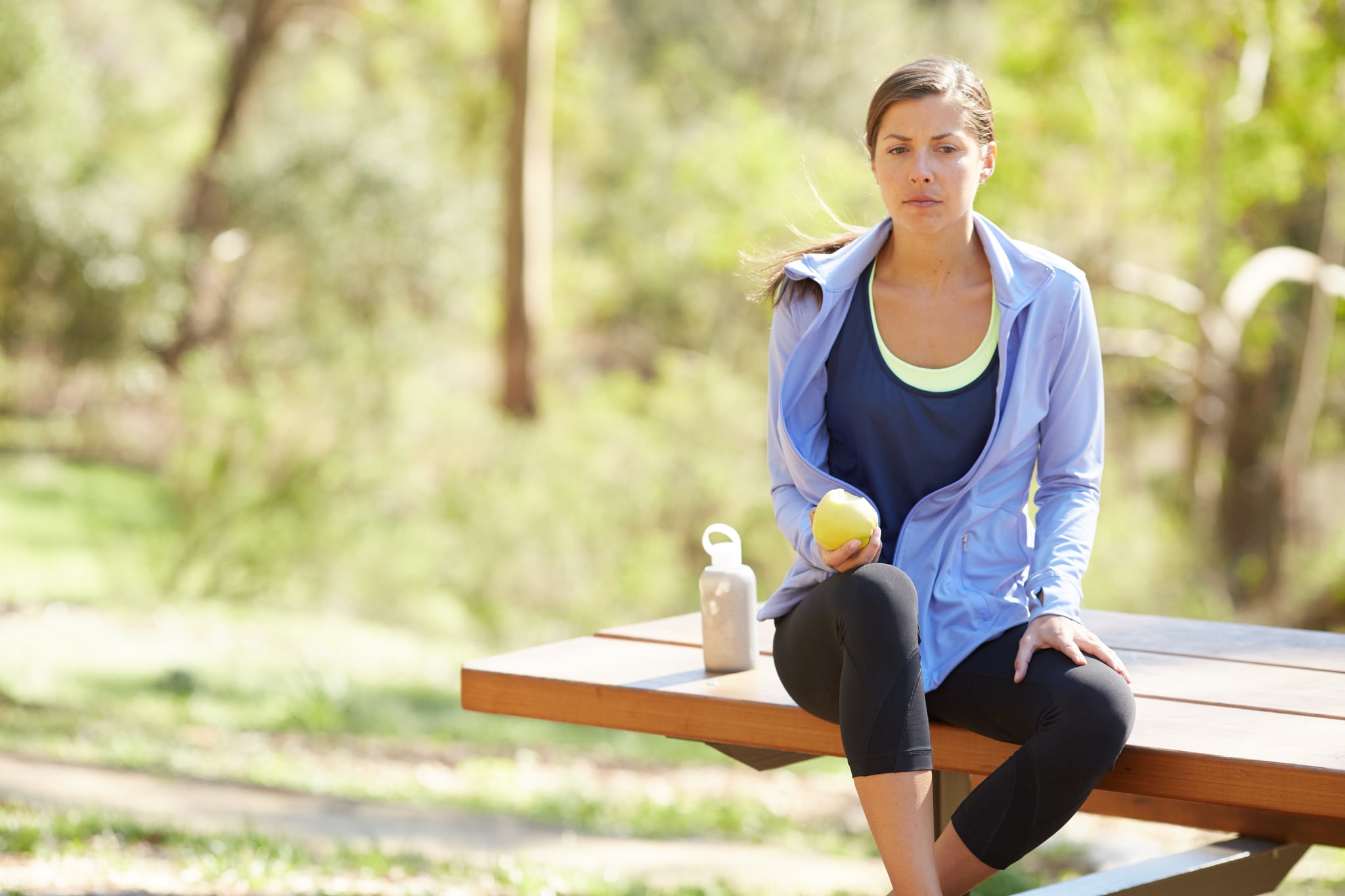 If you've stuck to a new workout routine, chances are you know what the fuss is all about: the exercise-induced endorphins, the sense of accomplishment after you crush a workout, the realization that you actually like being sweaty. But one thing that may not make you love your workout routine: that ravenous, want-to-eat-everything feeling you get after a workout.

Since weight loss is a combination of burning enough calories and eating fewer calories to create a deficit, if you're trying to drop pounds, chances are you don't exactly love the fact that you want to eat all the calories in your fridge when you've spent the last 45 minutes burning just a fraction of that. So what exactly makes you hungry after you work out, and how can you change your habits?

Why You're So Hungry After a Workout

It could be the type of workout you're doing. Studies have shown that the more intensely you exercise, the less ghrelin (the "hunger hormone") your body produces, so a long, low-intensity session could be the reason why you're ravenous. But other research in women shows that even those who exercise intensely eat more calories after exercise than those who don't work out, so this isn't the only appetite-inducing culprit. If you've just finished an intense session and still feel like downing an entire pizza, it could be dehydration. Many times our bodies mistake thirst for hunger, so if you're not adequately hydrated during a workout, you may feel superhungry afterward.

One study found that the more fit you are, the less you feel like rewarding yourself with food after a workout, so another reason why you're famished after exercise might be your body and brain haven't gotten used to your workout habit yet.

How to Prevent Disproportionate Hunger After a Workout

If you're noticing that you're eating more than you should after a workout, it can be discouraging to want to keep up with your routine. But regularly exercising at least 20 to 30 minutes a day is important for not just weight loss, but also for preventing diseases, boosting immunity, and feeling happier — which means quitting your gym routine because you may be eating a few extra calories is not a good excuse. Instead of forgoing fitness altogether, try these habits to see if they make a difference in your post-workout meal habits.

Workouts
The Most Common Resistance Band Mistakes, According to a Personal Trainer
by Lauren Pardee 1 day ago

Weight Loss
Why This Young Woman Lost Weight, Then Ditched the Scale to Focus on Fitness Goals
by Samantha Brodsky 1 day ago

Weight Loss
This Is the Best Kind of Low-Impact Cardio For Fat Loss, According to an Expert
by Maggie Ryan 1 day ago

Workouts
This Dynamic Ab Move Targets Your Obliques and "6-Pack Muscles," but Warning: It's HARD
by Maggie Ryan 1 day ago

Workouts
I'm Halfway Through This 4-Week Fitness Program, and My God, My Glutes
by Dominique Michelle Astorino 4 hours ago