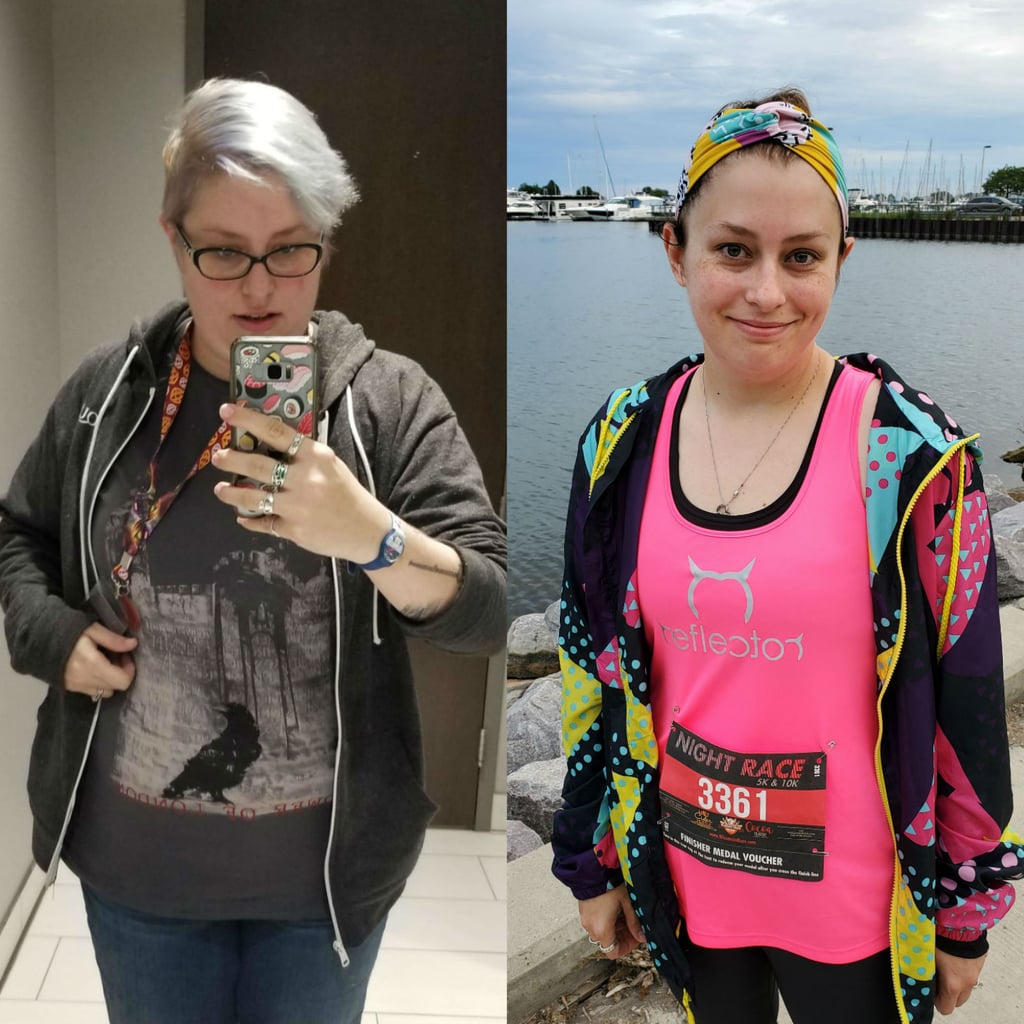 Meet a Woman Who Lost 66 Pounds and Is Running a Marathon: "This Is My Life Now, and It's Awesome"

When it came to changing her lifestyle habits, Jo Jones said that she's had a series of "starts and stops" over her 38 years. But the Milwaukee, WI, resident finally wanted to stick with these changes after a diagnosis from her doctor. "The thing that really got me into gear this time is I was diagnosed with high blood pressure," she explained. "And everyone in my family eventually dies from heart attacks from high blood pressure."

Jo decided right away to download the Lose It! app — an app we highlighted in another weight-loss transformation — to track the calories she was eating. The very first week of tracking, her calorie count totaled around 25,200. Now, she eats around 11,000 per week. "I didn't realize it, but I was eating about 14,000 calories more than I should have weekly. So, after that, I realized, 'Ah, yes, OK. I found the problem,'" Jo told POPSUGAR.

Through a well-balanced, monitored diet and working out, Jo has lost 66 pounds so far since November 2018. In a month or two shy of a year, Jo went from 225 pounds to around 159. But that's not all: she also became a runner. What began with slow walks on the treadmill, turned into one mile, a 5K, and a 10K. In late September, Jo actually competed in her very first half-marathon. Next on her list, coming up soon, is a full marathon (26.2 miles). Throughout her journey to get to where she is, she's learned a lot about what her body can accomplish. Ahead, check out a breakdown of Jo's eating habits, fitness routine, and some nonscale victories (because it's not just about the numbers).

Olympics
"This Is Only the Beginning": Behind Sha'Carri Richardson's Decision to Leave LSU and Go Pro
by Kelsey Garcia 1 day ago

Running
Inspiration by the Mile: Sika Henry Became the First Black Pro Woman Triathlete in the US
by Samantha Brodsky 1 day ago

Weight Loss
If You Want to Lose Weight, Take a Look at Your Gut Bacteria — These Probiotics Might Help
by Maggie Ryan 2 weeks ago