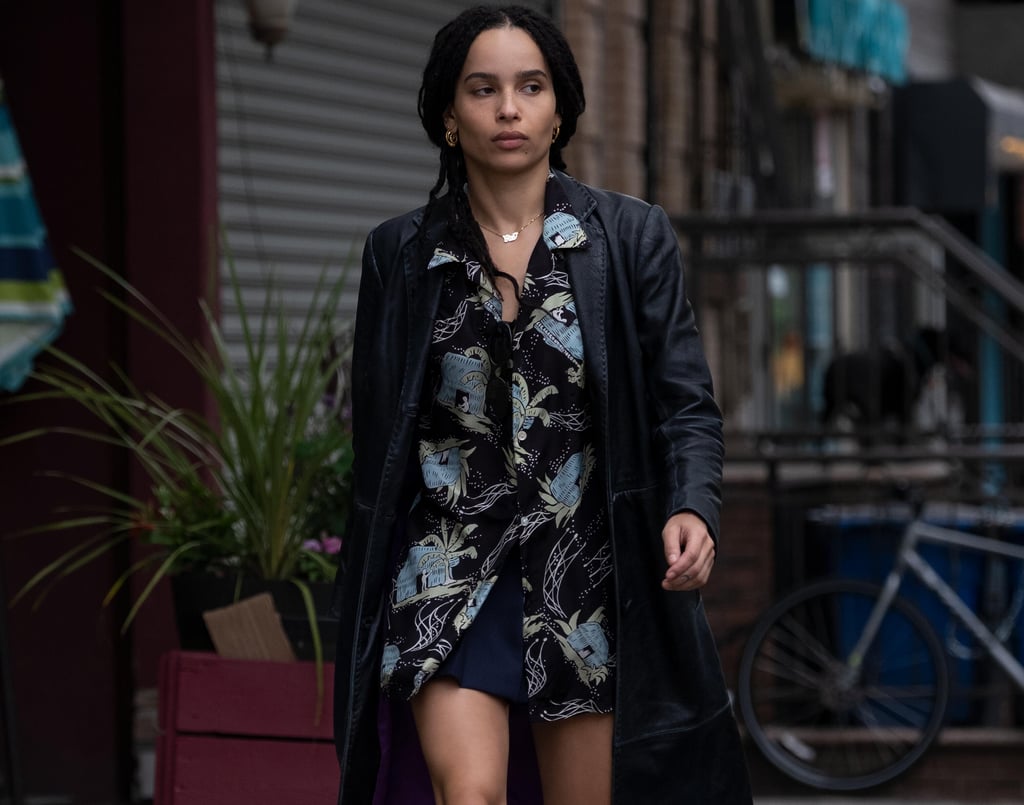 Is Anybody Else Obsessed With Rob's Leather Jacket on High Fidelity?

Zoë Kravitz dresses pretty similarly to her character, Rob, on Hulu's High Fidelity, which I binged in three days. That's saying a lot for me. I normally fall asleep 20 minutes into episodes, even if I'm really into a show. It wasn't just the fashion I was obsessing over, it was the storyline (adapted from John Cusack's 2000 High Fidelity film and Nick Hornby's original novel). But OK, it was predominantly the fashion I was obsessing over. Because everyone knows Zoë Kravitz can pull off anything from edgy separates with a '90s feel to feminine dresses (hello, just look at her Audrey Hepburn-inspired wedding dress!).

I love the outfits that Cherise and Simon wear, too. As Rob's best friends and employees at her record store, naturally they've got to master their own blasé vibes. But no clothing item is so iconic as the worn-in leather jacket Rob wears throughout the show. It even gets its own moment when Rob visits her ex Mac for the first time in episode five. "You're still rocking the jacket," he comments. "Yep, yep I am. I tried switching it up recently but 'twas not the groove," Rob replies. "No, don't do that. That's your look," Mac says. And that was the moment I was just like, "Yes, Mac. YAASSSS."

I like how she plays with proportions, trying out the swingy thing with mom jeans and boots just as often as she does with pleated miniskirts.

The leather jacket itself was purposefully made to stand out, according to costume designer Sarah Laux, who broke down each of the key pieces in Rob's wardrobe for Harper's Bazaar. The original Rob also had a similar leather jacket in the movie from 2000, so Laux took one of her own Banana Republic jackets and made it the prototype. Her team remade the design for the amount of times Kravitz had to wear it during filming. "They just kind of hang off the body in this really great way, so it's part cape, part protection or armor, part just 'throw-away stupid thing I don't care about,'" Laux said to describe it. 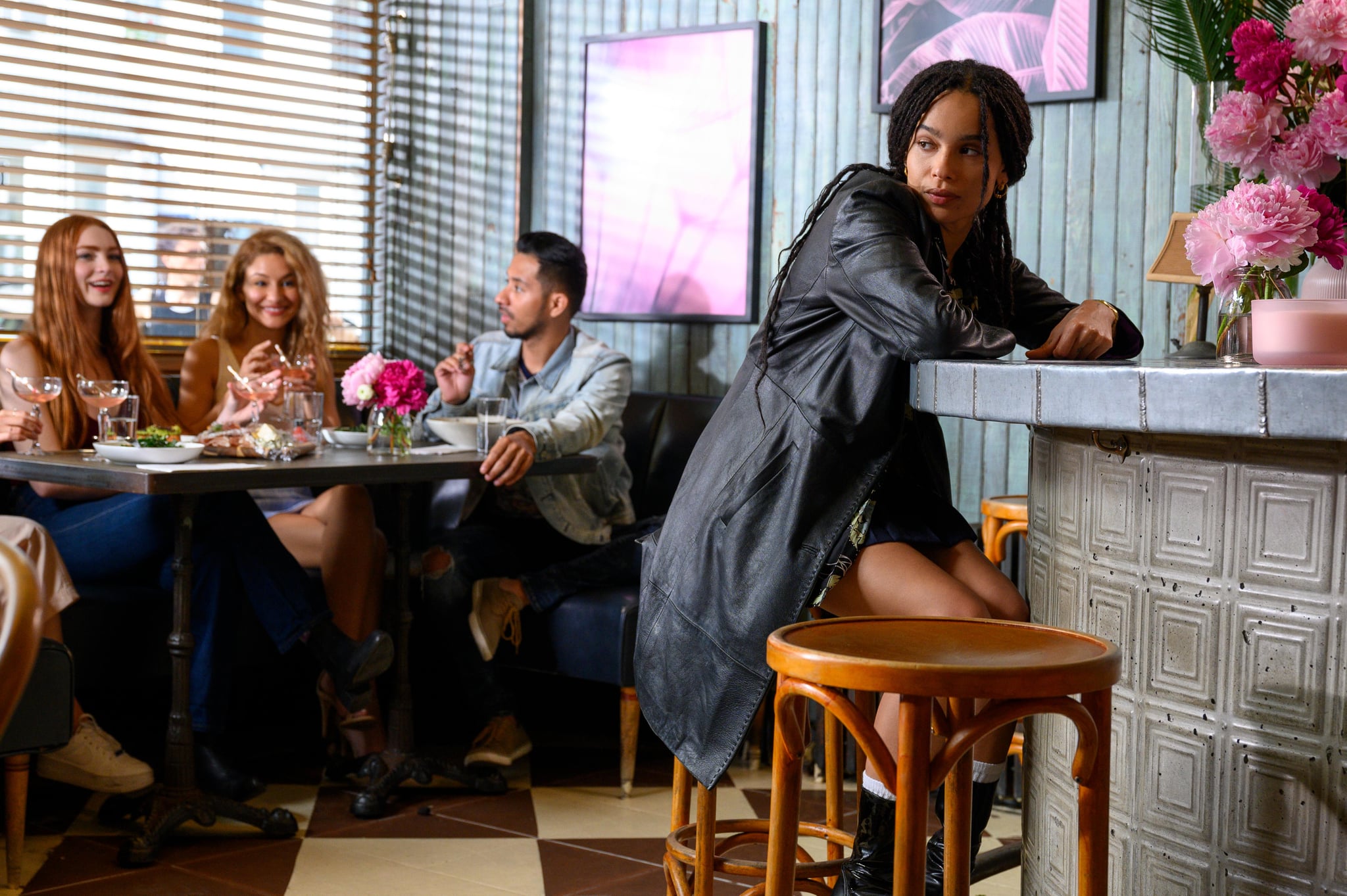 But that makes this jacket sound pretty "whatever" to me, when in reality, this amazing coat is ubiquitous in Rob's wardrobe. I like how she plays with proportions, trying out the swingy thing with mom jeans and boots just as often as she does with pleated miniskirts. It also has a subtle purple interior lining, but I swear I wasn't sitting there watching the screen with a pair of binoculars, OK? I just really, really love this jacket.

Since I've now written nearly a 500-word essay about it, I'm going to pause to let you take in the beauty of the coat as Kravitz wears it throughout the show. Once you do, you'll likely be in the mood for some shopping, just like me. Take a tip and go for something faux if you can. I've now found some top contenders, and I'm currently adding my favorite to the shopping cart. 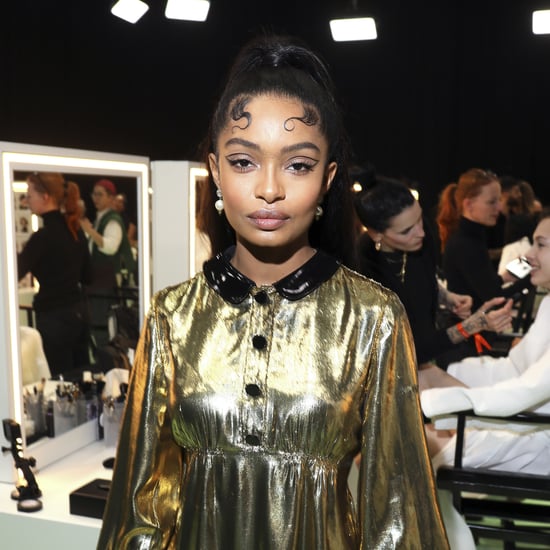 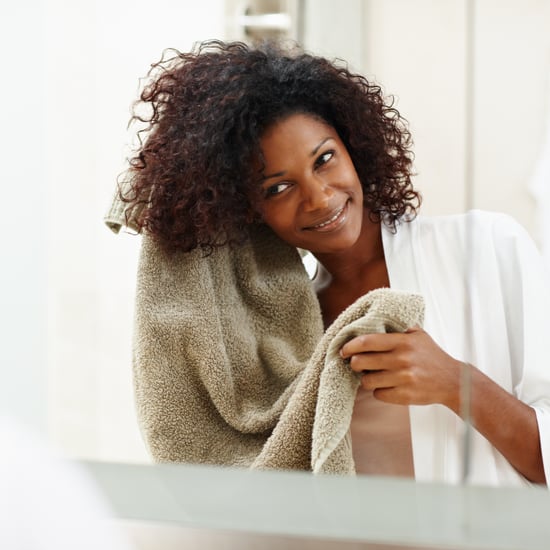 Black Women
Here's How Often You Should Be Washing Your Natural Hair, According to a Pro
by Danielle Jackson 3 days ago